Nick’s Note: At Palm Beach Research Group, gold plays a vital role in our asset allocation model. We see it as a hedge against chaos. But when gold goes up, gold stocks can do even better. Below, master trader Jeff Clark explains why the gold sector is poised to go higher in the short term.

With the exception of holding a few longer-term positions, I’ve personally avoided trading gold stocks over the past couple of months.

Even though I’m convinced that gold and silver stocks will be much higher later this year, I was a little concerned about the possibility of some short-term downside action.

There were two reasons for my concern…

The dollar has put on a strong rally over the past several weeks. The buck is up more than 4% in just one month. That’s a remarkable return for a currency. But that rally is now quite extended. The dollar is due for at least a pause, if not a more meaningful pullback.

The CFTC Commitments of Traders report published on May 4 showed a dramatic drop in commercial traders’ short gold positions. Commercial traders (AKA the “smart money”) are now net short “just” 137,000 gold futures contracts. That’s down from about 240,000 contracts one month ago.

While the smart money position is not yet below the 100,000-contract level I typically like to see before getting aggressively long gold stocks, it is now in the range where the potential downside for the gold sector should be limited.

So, while I’m not yet totally in love with the way gold stocks look, I’m attracted enough to the sector to start adding a little exposure right here.

On Thursday, GDX broke out to the upside of an inverse head and shoulders pattern. This is a bullish pattern that signals the reversal from a bearish trend to a bullish one. And with this breakout, the target price for GDX is now up around $23.60 or so.

Note that this is a 60-minute chart. Patterns in this time frame tend to play out over just a few days.

So, it looks to me that the gold sector is headed higher in the short term.

P.S. The biggest moneymaking opportunity we’ve seen in nine years is barreling our way. It’ll stay open for a short period (somewhere between 20 days and five months). During this period, my method generates 1,093% MORE money. I explain why right here…

Last week, legendary investors Warren Buffett and Charlie Munger trashed bitcoin, with Munger calling it “immoral.” PBRG’s very own Teeka Tiwari responded to these comments (Bitcoin is “Immoral” and “Stupid”), and we asked our readers to chime in as well… They did so, and with gusto…

From Phil C.: Buffett has had an amazing career investing in value, particularly in insurance firms… But like all people, he’s far from perfect. Sadly, he and Munger will miss the Second Boom in the blockchain and crypto space.

From Robert T.: Teeka is spot-on. There are many reasons for bitcoin’s growing demand. Some believe it’s a step to a better world… Some say it’s digital gold… Some say it can reduce portfolio volatility…

Whatever the reason, bitcoin is here to stay—at least for a while. Our world could be so much better—or at least more fascinating—if we embraced new ideas instead of trashing them.

From Sid K.: I can’t say that I agree with Munger and Buffett. I can safely call Jamie Dimon a hypocrite, since he’s bad-mouthed cryptos even while his company (JPMorgan Chase) is writing optimistic reports about the blockchain. I have already taken Teeka’s Master Course; highly educational. It helped me cut through all the nonsense out there.

From Cliff C.: Big T, I believe that Buffett and Munger had pretty much the same opinion of dot-coms in 1995. They’re such technophobes that I was actually surprised when Buffett and Bill Gates started palling around.

The debate isn’t over. The new crypto asset class has been one of the few that has allowed ordinary investors to make life-changing gains. Tell us what you think about Buffett and Munger’s comments right here…

He’s made legendary stock profits. His controversial new book comes with a rare look inside a special model portfolio… Here’s how you can get your copy… 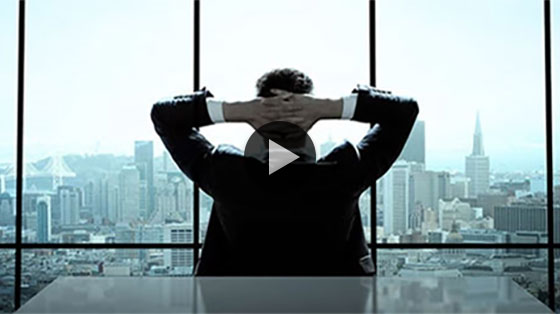