Nick’s Note: While the mainstream media is panicking about volatility in the cryptocurrency market, it’s missing out on one of the biggest trends in finance. My colleague Greg Wilson has the scoop below. You won’t read about this anywhere else…

In early May, Malta-based crypto start-up Hold announced that it had hired Priyanka Lilaramani as its new CEO.

You probably haven’t heard of Hold or Lilaramani. But the move was significant… Lilaramani was a director at Goldman Sachs in London for over a decade.

It also highlights a new trend that we’re seeing in the cryptocurrency space: Executives from traditional companies (like Goldman Sachs) are flocking to blockchain and cryptocurrency projects.

This is a trend that’s easy to miss if you’re not watching the space closely. And the mainstream media certainly isn’t talking about it.

It’s analogous to the internet in 1994 and 1995. During that time, the internet went from being a curiosity to receiving serious institutional investment. This trend will be even bigger with cryptocurrency.

That’s because we’re seeing not only financial capital come into the crypto space, but human capital, too.

The smart money is making the jump to crypto because it sees a huge opportunity. It’s a trend you need to jump on, too.

Lilaramani isn’t the only executive from a top Wall Street firm headed to the crypto space. Consider some other recent examples:

And it’s not just executives jumping ship to new companies.

In May, three members of BlackRock’s institutional client team left to launch their own cryptocurrency fund.

BlackRock is the world’s largest asset manager, with $6.3 trillion in assets under management. According to one team member, “BlackRock is a great place, but the opportunity is just too big to miss.”

That aptly describes why these executives are leaving. It’s more than just a pay bump and a new title. It’s a once-in-a-lifetime opportunity.

Buying a Ticket to the Party

Traditional companies aren’t sitting still, either. Some are trying to buy their way into the industry.

We saw that in February 2018, when Goldman Sachs-backed Circle bought the Poloniex crypto exchange for $400 million.

Another strategy is to incorporate blockchain and cryptocurrency into the existing business.

For example, Goldman Sachs announced earlier this month that it would open a bitcoin trading operation.

The news was a shock to many, as regulated financial institutions have avoided cryptocurrency trading so far.

But for Goldman, there was simply too much interest from hedge funds, endowments, and foundations.

Not to be outdone, rumors are swirling that Morgan Stanley is planning to add cryptocurrencies to its trading desk as well.

This is a trend we expect to continue. The opportunity is simply too big.

Just how big? Dan Morehead, CEO of crypto hedge fund and investment firm Pantera Capital, recently stated that the cryptocurrency industry could easily go to $4 trillion. And $40 trillion is definitely possible over the next decade.

Now’s the Time to Get In

Over the course of 2018, we’ve seen the cryptocurrency market take a breather. After reaching $20,000 this past January, bitcoin has lost as much as 70%. And the overall crypto market has mirrored that performance.

But this shouldn’t be unexpected. We’ve always said that the cryptocurrency market will be very volatile. And we need to use that volatility to our advantage.

Behind the scenes, traditional finance continues to pour more money into cryptocurrency. And as I’ve shown you, movers and shakers from Wall Street are migrating to cryptocurrency as well.

It’s a signal to us that the opportunity in cryptocurrency is far from over. Big gains are ahead for those that act now.

Use the current breather in the cryptocurrency market to buy this dip.

P.S. If you’re still on the fence about cryptocurrencies, then you should consider taking Teeka Tiwari’s Crypto Master Course. It will show you the ABCs of cryptocurrencies and their underlying blockchain technology. You can learn how to register right here. (If you’re a Palm Beach Letter subscriber, you can start taking lessons right here.)

See this field below?

Some are calling it Silicon Valley’s “Field of Fortune.” That’s because it holds a revolutionary plant that cranks out a record-breaking $1.1 million per acre. 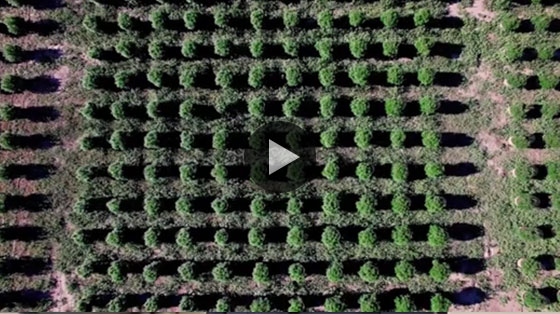