This fund consistently thrashes the market. In the 24 years Tepper’s run his flagship fund, he averaged 30% annually.

But he’s a private individual.

You don’t see him on TV very often. And he doesn’t like discussing his positions.

However, when he does talk… investors should listen. We certainly do.

Luckily, we don’t need to wait for him to make a TV appearance to know what he’s buying.

That’s because there’s a little-known way to see what the best investors in the country, like Tepper, are buying.

If you want to take a peek inside the portfolios of some of the brightest minds in the game, read along.

How You Can Peek Inside a Hedge Fund Portfolio

The SEC calls it a 13F filing. It requires large funds to disclose the stocks they own 45 days after every calendar quarter.

These reports are public record. So you can look at them yourself. But if you don’t want to spend hours reading dry financial reports, leave the heavy lifting to us.

We’ll periodically glean them for the best insights. And when we come across great ideas, we’ll share them with you in the Daily.

Now, back to Tepper’s fund…

His management style is easy for us to follow… even with the 45-day delay.

Tepper is not a high-frequency trader. And he doesn’t have many short positions. He looks for undervalued and turnaround situations in the market. His positions often take a couple years to pan out.

Now, we’re not going to be able to completely match Tepper’s returns just by following his fund’s filings. He invests in securities we can’t—such as distressed debt (which is his specialty).

And the prices at which he bought will probably have moved by the time the reports are released.

But we can simulate his returns. Here’s how…

We ran a backtest on Tepper’s 13F filings since 2000 (when our data started). The test showed that if we followed Tepper’s filings, we could have made 20.6% per year over 17 years.

That’s more than quadruple the returns of the S&P 500, which returned only 4.8% (including dividends) during that span.

Here are the top 10 holdings in his latest filing:

Tepper’s biggest position is biotech company Allergan. It’s up over 30% since the U.S. presidential election. But that doesn’t necessarily mean it’s currently the best pick on the list. Price appreciation accounts for some of its current position size.

(In fact, investing in a hedge fund’s biggest position will often underperform the market going forward… More than likely, the position will already have increased in size due to price appreciation by the time the 13F report is disclosed.)

Based on his track record, Tepper clearly knows how to beat the market.

And right now, he agrees with us here at the Daily that the financial sector is one of the key places to be in.

You can also see that pharmaceutical/biotech stocks and two beaten-down energy stocks are high on his list.

So if you like the idea of investing alongside the smart money, now you know which specific stocks are being picked by one of the world’s greatest investors.

If you want to read through the 13F filings yourself, check out WhaleWisdom or GuruFocus.

P.S. Would you like us to track what other smart investors are doing? Let us know right here.

Investors fled bitcoin on the news… It plunged 26%, or $349. But as you can see in the chart below, the cryptocurrency quickly recovered. The Winklevoss twins proposed the bitcoin ETF because they wanted to make bitcoin easier for people to buy.

The biggest complaint people have against cryptocurrencies is that they are hard to invest in. That’s why an ETF like this made sense.

The fund would have made it possible to invest in bitcoin from your brokerage account. But the SEC didn’t like the idea because cryptocurrencies are unregulated.

(We like bitcoin for the same reason the SEC dislikes it—it’s unregulated and not controlled by governments.)

The bitcoin ETF was expected to create huge demand for bitcoins. And denying the ETF should have sent the price crashing for a long time.

But the quick recovery shows investors clearly want to be in bitcoin right now… despite the setback.

In today’s must-see 3-Minute Market Minder (transcript included), PBL editor Teeka “Big T” Tiwari says there’s no need to panic over the SEC’s decision to deny a bitcoin ETF. With or without an SEC-approved ETF, bitcoin will continue to charge higher.

Bitcoin will remain volatile… but Big T says it’s resilient. All you have to do is buy a little and put it away. Click here to hear why Big T still expects bitcoin to reach $5,000 “a lot sooner than you may realize now.”

Editor’s Note: Our Elite 25 portfolio continues to win over the PBRG community…

From Brent R.: Yes, I’m definitely following the Elite 25. I wish it had existed a few years sooner. Great work. And thank you.

From John P.: Nick, I love the Elite 25. Do you plan on updating the Elite 25 each month from now on?

From Rob L.: Just reading through your list of the 25 elite companies to own now… Absolutely love the concept! I hope this will become a regular feature. I’m crunching the numbers and doing the research independently. But I greatly appreciate your willingness to do a periodic update.

From Brian W.: I would like to participate in the PBD Elite 25. Do I buy all 25 at market price? Or is there an entry price or buy-up-to price I should be aware of? Thanks.

Nick’s Reply: Yes, we plan to keep updating the Elite 25 at the beginning of each month. To get the same returns as the system, you’ll have to buy all 25 companies. But we understand that not everyone can buy 25 stocks. If you buy 10 or so stocks from the list, you can still get close to those returns. Just make sure you get a diversified mix of companies. For example, don’t buy all the retail or pharmaceutical stocks on the list. 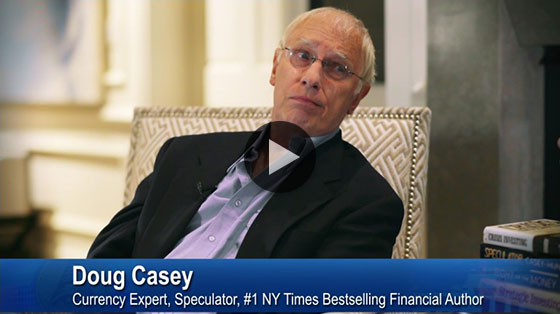