Nick’s Note: At the Daily, we normally don’t delve into politics. But we thought this essay by longtime PBRG friend Bill Bonner was so provocative, we wanted to share it with you…

The press was abuzz last week with comments on the killings in Gaza.

We do not normally take an interest in the affairs of the region. It’s none of our business… there’s nothing we can do anything about… and since Israel has been the focus of so much of the media’s attention for our entire lives, we’re tired of it.

But today, we turn to the Holy Land; there may be something we can learn—or at least something that will upset dear readers.

Irritating thoughts, like grains of sand in an oyster, can turn into pearls of insight… or cause dear readers to leave us.

Abundance, not scarcity, is the big risk. Rich men and beautiful women have too many choices; they can treat people badly and get away with it.

And nothing ruins people faster than getting too much money with too little effort. Few bank robbers, lottery winners, or sports stars can resist the temptation of extravagance, luxury, and excess.

In a few years, they’re broke.

Whole nations have succumbed to abundance.

Spain stole the gold and silver of the New World… and was the basket case of Europe for the next 300 years.

Hairdressers in Zimbabwe walked around with billions of Zim dollars… and couldn’t buy a ham sandwich.

And the U.S., with the wretched good luck of having the world’s reserve currency, spent money it never earned, running up nearly $20 trillion (in today’s money) worth of trade deficits, thereby exporting its jobs and wrecking its Main Street economy.

Power corrupts. Has Israel, backed without limit or scruple by the U.S., been corrupted by too much power? And what about America itself?

The questions came to us as we read last weekend’s reports. Israeli soldiers shot people who couldn’t shoot back.

A few Jewish intellectuals, with their sense of shame still intact, thought they had gone too far: “We’ve gone over to the dark side,” they said.

Going over to the Dark Side seems to be what people do from time to time. They get out the thumbscrews and the waterboards.

They slaughter without fear of retribution. They lie, cheat, and steal without worry because the fix is in.

Jews have the bully power in the Middle East. Worried about Iran getting weapons of mass destruction? Israel already has them up the wazoo. Worried about Russia influencing U.S. elections? Nobody does it better than Israel.

But does that mean that Israelis have become the bad guys?

In Israel itself, some think so. Recalling a more innocent era, Israeli writer Uri Avnery writes:

I was a member of the National Military Organization (the “Irgun”), an armed underground group labeled “terrorist.”

Palestine was, at the time, under British occupation (called “mandate”). In May 1939, the British enacted a law limiting the right of Jews to acquire land. I received an order to be at a certain time at a certain spot near the sea shore of Tel Aviv in order to take part in a demonstration. I was to wait for a trumpet signal.

The trumpet sounded and we started the march down Allenby Road, then the city’s main street. Near the main synagogue, somebody climbed the stairs and delivered an inflammatory speech. Then we marched on, to the end of the street, where the offices of the British administration were located. There we sang the national anthem, “Hatikvah,” while some adult members set fire to the offices.

Suddenly, several lorries carrying British soldiers screeched to a halt, and a salvo of shots rang out. The British fired over our heads, and we ran away.

Gun in the Other Hand

But now, the gun is in the other hand. Palestinians demonstrate. Israeli snipers do not shoot over their heads. Reports cited more than 2,000 casualties and 63 deaths—all Palestinian.

Not that we’re taking sides. We have no dog in that fight. We’re just wondering.

“Civilization is restraint,” said Freud. Or something like that.

But it is not just self-restraint. We get along and we go along. We don’t do unto others, generally, because we’re afraid they might do unto us.

It is not abstract virtue that makes us good, in other words… it is fear of jealous husbands, determined creditors, and the Huns.

But what if we knew they could do us no harm? What if you were a giant in a race of pygmies? What if you had an AK-47… and your enemies were unarmed? What would happen to your civilized restraint then?

Among the comments arising from the Gaza incident were some pointing the finger at the U.S. The U.S. president’s daughter and son-in-law seemed to approve of the Israeli government.

Rather than condemn the killings, the U.S. blocked an international investigation. What gives? Have Americans become “bad guys,” too?

After the fall of the Berlin Wall, the U.S. stood alone. It was the “end of history,” as one public intellectual proposed.

America was No. 1—the ne plus ultra of the 20th century. By comparison, the whole rest of the world was just one big “sh*thole.” And the U.S. could blast any part of it back to the Stone Age.

Power was unbalanced and disproportionate. It was take… with no give. It was live… but not letting the other guy live.

We could invade Iraq, but the Iraqis couldn’t invade us. We could target extremists for drone assassination while we slept in peace.

Paraphrasing former Secretary of State, Madeleine Albright: “What good was it to have so much power if we didn’t use it?”

Nick’s Note: Over his career, Bill has predicted the fall of the Soviet Union… the collapse of the Japanese stock market… the dot-com bust in 2000… the rise of Muslim terrorism… and the financial meltdown of 2008.

This could mean 35X growth for the industry at the center of this new technology. 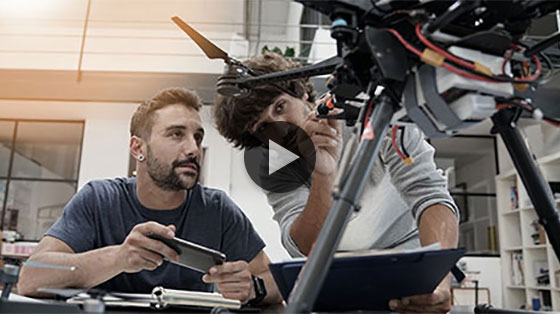