Nick’s Note: At the Daily, we’re always looking for money-making ideas… And PBRG friend and Strategic Investor editor E.B. Tucker has put a lot of them on our radar—including “the biggest energy shift of our time” and legalized sports betting.

In today’s essay, E.B. identifies three more trends that can make investors money over the years…

You might think, “Okay, well that was just a scare.”

But it wasn’t just a scare.

The market went down substantially and still hasn’t fully recovered. At writing, the S&P 500 is still 4% below where it was in early October. That’s a wild ride. A lot of people don’t want to go through that again.

What if the ride down isn’t over? What if the S&P 500 falls another 30%… and then rallies 25%… before falling another 30%? That’s not something you want to sit through again if you have a lot of money on the line.

Staying on this roller-coaster ride could turn out to be really expensive.

To be clear, I’m not saying to bail out and move everything into cash.

You also don’t want to fall for the trap most investors will fall into. I’m talking about owning the “glory stocks” of the last boom.

All had great runs. But their valuations are sky-high. Plus, they’re now under attack by the federal government in the United States. And the European Union is getting on their case, too.

Of course, Amazon’s a great company. It’s convenient that you can buy a pair of shoes on Amazon in the morning and it’ll show up at your house 12 hours later. But that doesn’t mean you should buy its stock.

Huge amounts of capital have flooded into Amazon and the other Big Tech stocks in recent years. But this won’t continue forever.

Markets tend to fade hot stocks like this. Eventually, people get carried away. They overexert themselves. The market corrects. Money then rotates into something new. That’s just how these things work.

So in this environment, we want to own companies that provide services and goods that people need. We want exposure to major trends; but we also want to have as little money on the line as possible.

We’re happy to invest in those companies, regardless of whether there’s trouble on the horizon or not.

So where should you look instead?

One sector that I find very interesting is offshore energy services.

I say this because a lot of offshore drilling companies in the Gulf of Mexico went bankrupt after the Deepwater Horizon oil rig explosion happened.

But oil company BP recently announced it found a billion barrels of oil in the Gulf of Mexico. That’s huge… because it’s not a dangerous place to operate in. There aren’t any pirates like you’d find off the coast of Somalia. There aren’t people tearing apart the rigs and stealing oil. And barring hurricanes—which the rigs are designed to withstand—it’s very safe.

We think the Gulf is a forgotten land, metaphorically speaking.

So how should you play this sector?

Right now, I like oil services companies a lot. These companies sell machinery and equipment to oil producers. They also provide services like seismic testing and rig transportation. You can think of them as the “pick-and-shovel” companies of the oil industry.

Oil production in the Gulf is very capital-intensive. Wells there produce for years and years.

A shale oil well, on the other hand, produces a lot of oil in the first six months, but barely squeaks out oil by year two or three, relatively speaking. By year 20, that sucker is tapped.

It’s a very different story in the Gulf. When a company taps a well there, it churns oil out for decades. Because of this, oil producers spend a ton of money on the front end. We’re talking billions of dollars.

And they spend that money on the right oil services companies to help ferry the parts to the rig.

Here’s another money-making sector I like in 2019: electric vehicles (EVs).

I know… You may be wondering how I can be bullish on both oil companies and electric vehicles.

But I’m not an ideologue. I’m a mercenary. I won’t disregard specific investments if I think the opportunity is right.

And I’ve found some very interesting service companies that will thrive during the EV revolution.

EVs are here to stay. There’s going to be a lot more of them. Now, this isn’t going to happen a year from now. But there will eventually be a lot more EVs on the road.

They’re going to require a lot more power and a lot of batteries. And we want exposure to those kinds of companies. I’m really interested in opportunities where we can pay pennies on the dollar for quality assets. That way, we don’t have to invest a lot of money to capture a ton of upside.

Plus, everyone these days walks around with a smartphone in their pocket. That phone has a lithium-ion battery that will keep a charge for days if you don’t use it. It’s very similar to the ones that power EVs. At the same time, most people drive cars powered by gasoline. And they get on planes that run on hydrocarbons.

We’re going to witness a shift towards all kinds of things that are battery-powered. The technology’s going to improve. Charging times will shorten. The life of the useful battery will grow. And the size will get smaller as well.

Oil is still going to have a place in commerce. The world still consumes around 90 million barrels of oil a day. So the price of oil won’t go to zero.

And while you’re looking for investing opportunities this year, remember to always protect yourself, too. Owning physical gold is one of the best ways to do so.

It has limited downside and big upside from here. Not only that, it’s also survived every major financial crisis in history—making it the ultimate safe-haven asset.

I still believe gold can hit $1,500 this year. And I think there’s never been a better time to own it.

P.S. I’ve just launched a new research service, and it’s unlike anything I’ve ever released before. It’s designed to help you make 1,000% gains in 2019 by trading an exciting group of securities that Casey Research founder Doug Casey has speculated with over 1,000 times—but that most people have never heard of.

You can learn how to get your charter membership right here…

At least 10 days before Wall Street files market-moving documents with the Securities and Exchange Commission, this rogue trader’s private $250,000 database flags when big money is flowing into something mysterious called the “13-X Loophole.” 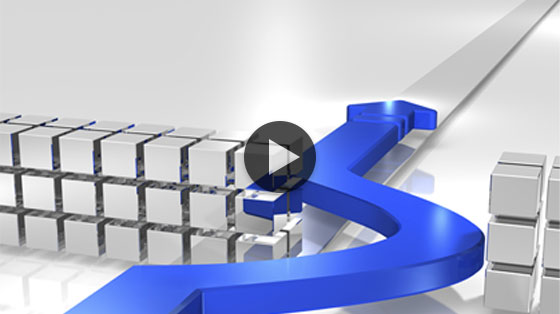