Earlier this month, the hoary senator from Vermont kicked up his war against free markets a bit higher—joining New York Senator Chuck Schumer in the latest plan to soak investors…

At a time of huge income and wealth inequality, Americans should be outraged that these profitable corporations are laying off workers while spending billions of dollars to boost their stock’s value to further enrich the wealthy few. If corporations continue to purchase their own stock at this rate, income disparities will continue to grow, productivity will suffer, the long-term strength of companies will diminish—and the American worker will fall further behind.

Of course, at the Daily, we’d like to see all Americans thrive and prosper financially, too. That’s why we work hard every day to bring you money-making ideas.

However, this plan won’t achieve wealth equality. Even worse, it will prevent companies from spending capital in an efficient manner.

Some readers think we pick on Democrats too much. But we’re equal opportunity nitpickers; when Republicans propose policies that infringe upon free markets, we speak out then, too… After all, that’s our stock and trade.

As for workers’ pay, we say, “Let the market set it”… Last year, Walmart increased its minimum pay from $9 per hour to $11 when it realized it was losing its best employees to Costco. That’s a 22% raise.

But back to making money…

In today’s essay, I’ll show you why buybacks are good for investors—and why every investor should want to add shareholder-friendly companies to their portfolios.

Buybacks boost a company’s stock price by reducing the total number of shares it has in the market. And Sanders and Schumer are upset that President Trump’s 2017 tax cuts fueled a flurry of them in 2018.

Now, they’re right—at least about the number of buybacks…

According to investment research firm TrimTabs, companies repurchased a record $1 trillion worth of their shares last year.

Regular readers shouldn’t be surprised about the corporate buyback spree, though. Our very own Teeka Tiwari told me in October 2017 that Trump’s tax plan would allow corporations to repatriate trillions in overseas profits.

If you like dividends, you should love buybacks. Not only do they return capital to shareholders, they also increase the ownership stakes in a company. And perhaps more importantly for investors, you don’t have to pay taxes on buybacks. (This may be the real reason Democrats want to outlaw buybacks—to increase tax revenue.)

I’m not the only one who likes buybacks, either…

Warren Buffett—one of the world’s greatest investors—only returns capital to his shareholders through buybacks.

Even better, companies that buy back shares have historically outperformed the market.

Meb Faber (one of the few Wall Street guys with original thoughts these days) wrote a book on the subject, Shareholder Yield: A Better Approach to Dividend Investing. It’s a must-read for income investors.

According to the book, from 1982 to 2011, stocks with high shareholder yield performed 4.1% better annually than the total market.

That’s why we’re always on the search for quality companies that buy back their shares. They pay steady income and appreciate in value, too.

There’s a growing chorus to rein in corporate buybacks. I expect that from progressives like Bernie and AOC—both of whom have never come across a problem they didn’t think the government could solve.

But even Republicans are getting in on the act. Senator Marco Rubio of Florida recently tweeted this about corporate buybacks:

[Companies buying back their stock are] deciding that returning capital to shareholders is better for business than investing in their products or workers. Tax code encourages this. No surprise we have work life that is unstable & low paying.

Now, I don’t know whether D.C. politicians will pass a law that restricts corporate buybacks. I wouldn’t put it past them, though.

But until then, I suggest you load up on shareholder-friendly companies that use their profits to increase dividends and repurchase shares. They’ll make you a boatload of money over the years.

And a one-click way to gain exposure to companies with lots of buybacks is through the Invesco BuyBack Achievers ETF (PKW).

The fund holds companies that have bought back at least 5% of outstanding shares over the past year. And its top holdings include Citigroup, Oracle, and Apple.

But remember, just because a company buys back its shares doesn’t make it a good investment. So be sure to do your due diligence.

P.S. Do you agree with Bernie and Chuck that the government should restrict share repurchases? Or is this just the latest socialist plan gone awry? Let us know right here…

While 99% of Americans trade options the wrong way, this master trader has developed his own proprietary technique… In fact, it’s helped him retire at the age of 42—and generate millions of dollars in profits for his clients.

And now, for the first time ever, he’s sharing a 15-minute talk on how it works… 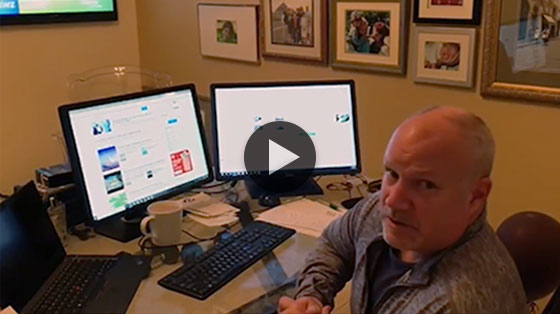