Your bank may be ripping you off. And chances are you don’t even know it…

Wells Fargo eventually found that its employees opened over 1.5 million deposit accounts that may not have been authorized.

The scandal rocked the bank…

Overall, Wells Fargo fired 5,300 employees over the ghost accounts. The bank was fined $185 million for the illegal practices… including a $100 million penalty from the CFPB—the largest such penalty the agency has issued.

The company’s stock fell 13% after the scandal broke before later recovering. Shady practices like this are why so many people distrust big banks. And we can’t blame them.

That’s why you should carefully look at the billing statements you receive from your bank. If you see any surprise charges, call the bank to see if you can get them reversed.

But there’s another way to turn the tables on big banks and profit while doing it… When their shenanigans are exposed to the public, their stock prices take a hit—just like Wells Fargo’s did.

That gives traders a brief opportunity to punish these banks for their wrongdoings.

These opportunities don’t come often. But we see one opening up north of the border…

Canadian banks are getting in on the act, too. But sooner or later, their shady practices will be exposed as well.

Earlier this month, employees of Toronto-based TD Bank admitted to reporters they were pressured by management to break the law in an effort to meet sales targets.

Shares plummeted 10% after the reports were made public—the biggest loss for the bank since 2009.

Soon after, employees from Canada’s four other big banks came out saying they also were pressured to use shady practices to increase sales.

Stock prices in all five banks tumbled (see chart below). From 2012–2016, TD Bank grew revenues from $6.5 billion to $8.9 billion. But investors are wondering what percentage of the revenue came from these sleazy sales tactics.

Revenues will probably take a minor hit this year… but the scandal could lead to even larger declines.

Meanwhile, there are a couple of ways you can play these concerns…

These Banks Will Get Hit Hardest

Just five banks dominate Canada’s banking system. They make up 85% of the market share as defined by total assets. The banks are:

All five trade on U.S. stock exchanges. So at a minimum, check your portfolio to see whether you own any of them or have any exposure to Canadian banks via an exchange-traded fund. If you do, consider selling now.

If you’re an aggressive trader, you could consider shorting these companies… Start with a small position and scale up if the trade goes in your favor.

But remember, shorts are risky. You can lose all of your capital—and maybe even more—if the trade goes south. So make sure you follow strict position sizing and have an exit strategy in place.

In tomorrow’s Daily, we’ll show you another reason why Canadian banks are in trouble. Stay tuned…

Failing to Deliver: Back in January, we told you Wall Street analysts like to play a shady little game of “bait and switch” with ordinary investors by using overly optimistic earnings numbers. Well, the numbers are in, and we hate to tell you “we told you so”… but we told you so.

Research firm Alhambra Investment Partners says that as late as last October, analysts were projecting 2016 fourth-quarter earnings of $29 for the S&P 500. Now the numbers are in and the current figure is just $24.15. That’s a 17% drop in just a few weeks. Our advice from January still stands: You should take overly optimistic earnings projections with a grain of salt.

The venture has raised $6.2 million so far. The goal of the pilot is to protect consumers by detecting and removing dangerous counterfeit drugs from the market—more evidence that blockchain technology is here to stay.

Here’s what’s worrying: The default rate for these loans could hit 13% this year. That’s nearly double the default rate over the last two years. The commercial mortgage market may be the first pillar of the financial system to give way. Our friends over at Casey research say it certainly won’t be the last…

From Rita M.: You’re still advising us to buy bitcoin. But bitcoin is probably going to have a hard fork due to its inability to handle larger transactions. Some of the currencies you recommended in the past went through these difficulties. Doesn’t it seem wise to wait until the fork happens to see which way to go?

From Dave P.: I am dipping my toes into the crypto water. I opened a Coinbase account. Is it possible to transfer my currencies from Coinbase to Abra?

From Brian B.: With the proposed hard fork coming for bitcoin, should we start to move our bitcoin to another exchange?

Editor’s Reply: We reached out to PBL editor Teeka “Big T” Tiwari and he says we’re still 100% buying bitcoin. However, we no longer recommend you buy bitcoin via the Coinbase exchange, as it will not support both versions of bitcoin if there is a fork. We recommend you switch to Abra. You can watch our free instructional video on how to use Abra here. Meanwhile, you can read Big T’s recent write-up on how to prepare for a potential bitcoin fork right here.

From Marjorie B.: Yes, I love the Daily Elite 25 portfolio and would like to see periodic updates on the portfolio.

Editor’s Reply: Thanks for the feedback. You can read the first update of our Elite 25 portfolio right here. We’ll have an update each month, so stay tuned.

Check out the video below for details on the 61st company set to exploit this little-known law… If you pay attention now, you’ll still have a short window to get in BEFORE it starts to surge… 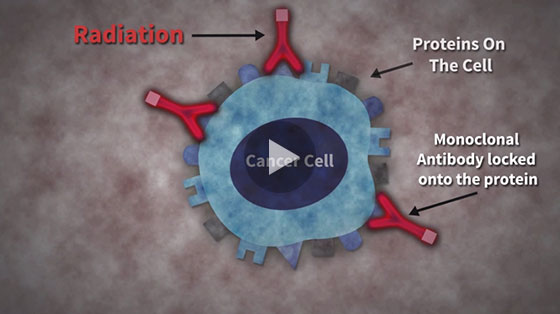