As part of that mission, I’ve jetted to Colombia, Brazil, Zambia, Uzbekistan, Kazakhstan, Laos, Russia, Mongolia, and the Czech Republic.

And I’ve had some shocking experiences. 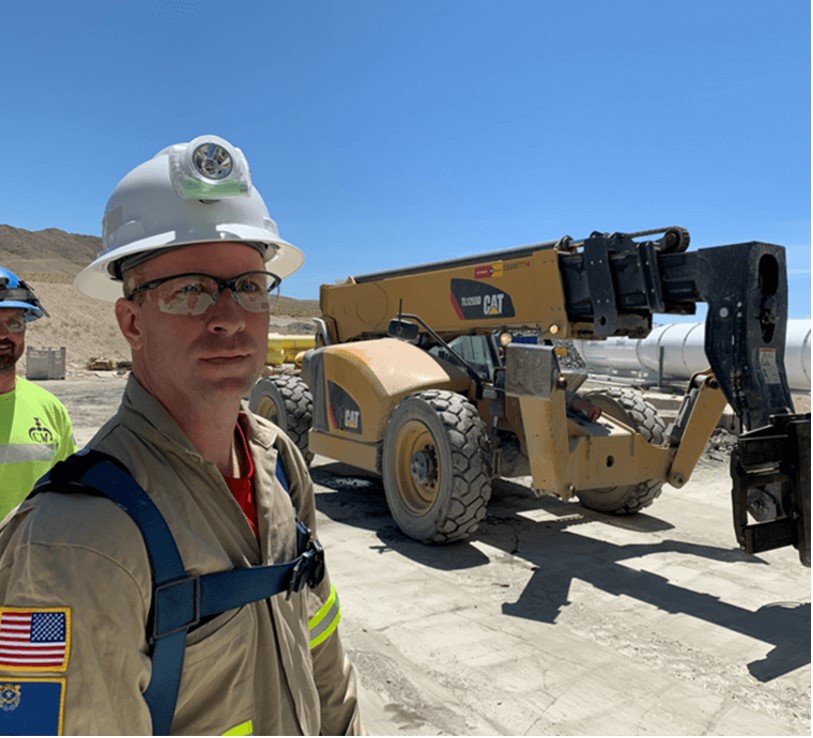 Dave on the ground hunting for natural resources.

This event altered the way I think about investing and wealth in general.

It helped me find massive, life-changing – yet surprisingly overlooked – opportunities.

I used to think wealth had to be created… through hard work, luck, or sheer ruthlessness. But then I learned: the world’s biggest riches aren’t created… they’re discovered.

So today, I want to share this incredible wealth formula with you.

From Squalor to Splendor

In 2010, I founded a minerals company in Myanmar.

The country borders China, India, Thailand, Bangladesh, and Laos. At the time, it was about to reopen after decades of isolation due to crackdowns from its military-backed government.

My company seized the opportunity. We became the first Western firm the Myanmar government granted a large-scale minerals exploration license to.

This allowed me to become the first Western geologist to travel the country hunting for mineral deposits.

As part of the journey, my team and I left the city of Yangon and headed north toward Myanmar’s deserts.

Civilization gradually faded over the hundreds of miles.

We trekked through cities and towns. And soon, nothing but villages with wooden huts surrounded us. Then there was barely anything…

As we continued up the dirt road to the mine, a few lean-tos were the only signs of life.

Then… I spotted a Land Rover.

Then a towering mansion loomed into view. Luxury cars and SUVs clustered around it.

Beside it sat another mansion with new construction and a swanky design. More Land Rovers dotted the driveway.

Driving on, we came across an entire town of upscale homes. It was like coming out of the Nevada desert and stumbling on Tahoe – but with more golden Buddhist temples…

At first, I thought this luxury might be from drug money. Opium traffickers abound in the outlands of Southeast Asia.

But as we reached the other end of town, we discovered the real source of the town’s riches.

On a dirt road, we passed a large pit that ran hundreds of feet deep into the sand at the edge of town. Massive piles of dirt stood near it.

We passed another gaping pit. Then another. They dotted the plain as far as the eye could see.

These villagers had gotten rich from the gold, copper, and other minerals in their backyard.

That’s what’s unique about commodities riches… They’re out there for anyone to discover.

You just have to know where to look…

I know this from my over 20 years of experience as a professional geologist.

I’ll give you a more recent example…

During the pandemic, I took a solo trip to the wilds of Nevada.

With a little research… and boots on the ground… I uncovered a forgotten treasure of silver, gold, copper, lead, and zinc.

I staked the ground for less than $15,000. A few months later, I sold it to a mining company for more than $1 million.

My investment multiplied more than 66x in less than a year.

It took the most popular U.S. stock market index, the S&P 500, almost 50 years to deliver the same return. To have seen your wealth rise 66x in an S&P 500-tracking fund, you’d need to have invested in November of 1962.

And this wasn’t a one-off gain. I’ve done it many times.

I also bought a gold deposit in Colombia. It cost my partners and me about $2.5 million. We took that gold deposit public. The stock reached a value of more than $300 million.

Most folks only dream about this kind of return. But in commodities, it happens regularly throughout history…

And it all comes down to something I call the “Super Spike” cycle.

A Super Spike is when prices for commodities across the board shoot up dramatically over short periods.

The prices of oil, natural gas, coal, and uranium stocks have massively surged over the past century, and you can see some examples in the energy stock chart below:

As you can see on the far right of the chart, something similar is happening now.

It’s not just in energy stocks.

In the last few months, we saw an over 200% spike in a single day in nickel’s price. The metal goes into electric vehicle batteries to enable them to hold a charge.

And the thing is, you don’t have to travel the globe to profit from these spikes.

You can do something simple such as buy shares in the Invesco DB Commodity Index Tracking Fund (DBC). It’s an exchange-traded fund (ETF) that tracks the most traded commodities.

But my team and I have also put together a strategy to help you maximize your gains from Super Spikes.

I aim to give you all the insights you need to protect your wealth and harness these windows. I’ll show you how they work… the fortunes they’ve handed investors… and what the new Super Spike will look like.

If you’re looking for profits – or even just to protect your wealth from falling tech stocks and crypto – I urge you to learn more about this opportunity.

I know the markets have been rough lately. But not for commodities investors. They’ve been enjoying double- and triple-digit gains as the rest of the market sinks.

So to learn how to get on the right side of volatility, go right here to watch my recent presentation.