Nick’s Note: Last week, longtime PBRG friend and legendary speculator Doug Casey told us why he thought bitcoin is well on its way to being accepted as money. Today, Doug explains why bitcoin’s user base will go from millions to billions. If you’re still on the fence about adding a small crypto position to your portfolio, this is a must-read.

In all of Africa, most of South America, and a great part of Asia, fiat currencies issued by governments are a joke. They’re extremely unreliable within those countries. And they’re totally worthless outside the physical borders of the country. That’s why those people now want dollars. But those are physical paper dollars. And governments everywhere are trying to eliminate physical currency.

I think, therefore, that the Third World will adopt Bitcoin in a huge way.

That’s not just because people who own cryptocurrencies are currently making money. They’re saving an appreciating asset rather than a depreciating asset. You’re on a Sisyphean treadmill if you try to save a Third World currency—but three-fourths of humanity has no alternative. Nobody in these backward places wants to save the worthless local currency—but, by law, that’s typically their only option. Billions will try to get into Bitcoin.

The whole Third World is going to go to these cryptocurrencies. They all have smartphones in these countries. A phone is the first thing they buy after food, shelter, and clothing. Bitcoin will become their savings vehicle.

Sure, it’s a bubbly market. But soon billions more people will be participating in it. So, it’s going to get more bubbly. That’s my argument for the bubble getting bigger, and the prices of quality cryptos going higher.

But like I said, cryptocurrencies are just the first application of blockchain technology. I think they have staying power simply because government fiat currencies are bad, and will be getting worse. They’re not going away. But I view them mainly as a speculative opportunity right now.

How high is Bitcoin going to go? Bitcoin is kind of the numeraire. It’s the gold standard, as it were, of cryptocurrencies. John McAfee, who founded the cyber security giant McAfee, Inc., thinks it’s headed much higher. He thinks Bitcoin’s going to $50,000.

That sounds outrageous, but it’s entirely possible. Another 10-1 in a manic market is possible—although it brings up thoughts of tulip bulbs, of course.

Remember, central banks all over the world are printing up fiat currencies by the trillions, desperately trying to put off a collapse of the world economy. Many will issue their own cryptos—they’re trying to totally abolish paper cash as we speak. And they won’t want competition from private currencies like Bitcoin. Governments may well try to outlaw peer-to-peer cryptos.

That’s a topic worth exploring. Governments are going to get into these currencies in a big way. But only their own versions, probably making private cryptos like Bitcoin illegal. With paper cash no longer available, they’ll then be able to track absolutely everything that’s bought and sold.

At that stage—which is in the near future—the blockchain tech will have gone from one of the biggest pro-freedom innovations to one of the most repressive. Like gunpowder—first a liberator for the average man, then a means to suppress him. That said, technology, in the long run, is eventually always a liberating force.

And there’s one more factor that few are considering in the crypto revolution. They’re very good for gold. That’s because they’re drawing attention to the nature of the monetary system. Something few people think about. At all.

When people buy these cryptocurrencies, even if they know nothing about hard money, economics, or monetary theory, they implicitly ask themselves, “Hmm, Bitcoin or the dollar?” They’re both currencies. Then they naturally start asking questions about the nature of the dollar… the nature of inflation… and whether the dollar has any real value, and what’s going to happen to it, and why. Figuring out the differences between currencies—as opposed to just accepting the dollar and central banking as if they were constants in the firmament, which almost everyone does now—is part of a monetary revolution.

People are going to start asking themselves these questions—which wouldn’t have otherwise occurred to them. They’re going to see that only a certain number of Bitcoin will ever be issued, while dollars can be created by the trillions, by the hundreds of trillions.

That’s going to make them very suspicious of the dollar. It’s going to get a lot of people thinking about money and economics in a way that they never thought about it before. And this is inevitably going to lead them to gold.

So, the Bitcoin and cryptocurrency revolution will prove extremely positive for gold. It’s going to draw the attention of millions, or hundreds of millions of people, to gold as the real alternative to the dollar and other currencies, after Bitcoin.

Plus, I suspect future versions of Bitcoin, or Bitcoin 2.0, will be easily redeemable in gold grams. This is actually a big deal that most people aren’t looking at.

Nick’s Note: As Doug notes, cryptocurrencies are the wave of the future. And no one in our industry has been as far ahead on this trend than former hedge fund manager and Wall Street executive Teeka Tiwari.

Not since the Model T replaced the horse and buggy has America seen a shift this huge in the way we drive.

Within the next two years, we’ll see 10 million of these cars on the roads—a 49,000% increase from today. Learn more here… 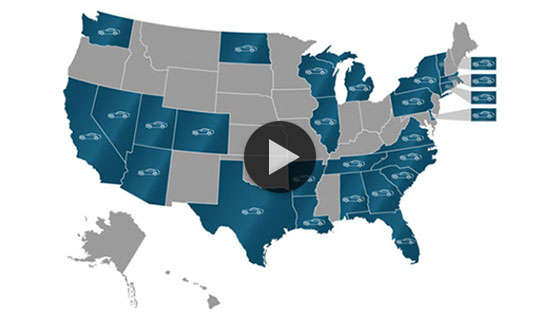