Nick’s Note: Putting aside a small amount of money to make smart speculations can really boost your overall portfolio. And fewer people have made more money speculating than longtime PBRG friend Doug Casey. Today, I want to share why one of the biggest gold bugs I know has decided to buy into bitcoin.

In this article, I’d like to explain how I learned to love Bitcoin. Why it’s a wonderful thing. Its potential as a speculation. How the government is going to co-opt it. And how this is all likely to end.

I was first introduced to Bitcoin several years ago in Cafayate, Argentina. A young Belgian guy came to visit, I bought him lunch, and we discussed Bitcoin. He was a very early enthusiast. He gave me a physical Bitcoin as a souvenir. They’re now collectibles, but the digital codes are inscribed on them. I still have that Bitcoin. It was worth $13 at the time.

I wish I had listened to his argument more carefully, because I could have made millions. Over 300-1 over just a few years… that’s rare indeed. I was inclined towards it philosophically, but outsmarted myself on an investment level. Because Bitcoin was pitched to me as an alternative currency, and I failed to see all of its advantages in that role.

My original objection was that Bitcoin isn’t backed by anything. It’s really a private fiat currency. It’s very much like the Zambian Kwacha, the Argentine peso, the U.S. dollar, or any of the other 150-plus currencies in today’s world. It’s a floating abstraction. Unlike state currencies, though, its acceptance isn’t enforced by laws. But, on the other hand, its quantity is limited. But would that be enough to get large amounts of people to use it as a currency?

I missed something when I said, back then, that it had no value. It’s a fiat currency, yes, but it has much more practical value than any other.

A currency has to be a good medium of exchange, and a store of value. Even a few years ago, both of those things were wild speculations when it came to Bitcoin. I tried to analyze the situation rationally, using Aristotle’s five characteristics of a good money.

Aristotle defined the five characteristics of good money in the 4th century BC. And his analysis is as accurate now as it was then. It must be durable, divisible, convenient, consistent, and have use value in and of itself. Based on that, Aristotle believed gold and silver were best suited for use as money. Let’s analyze how Bitcoin does by these five criteria.

Durable. Bitcoin and other cryptocurrencies are definitely durable—unless we have a major electromagnetic pulse (EMP) or a significant solar flare that wipes out all the computers. Bitcoins are not as durable as the metals, but they’re adequate, barring a collapse of civilization.

Divisible. Bitcoin is infinitely divisible. Better than the physical metals, actually—although the metals can be accounted in tiny fractions too.

Convenient. Yes—as long as you have a smartphone, Bitcoin is very convenient. But your smartphone, or something like it, may not always be with you. And your counterparty also has to have one. And it’s not very convenient if someone doesn’t know or trust Bitcoin. Right now, that’s still probably 98% of humanity.

Consistent. Absolutely. Every Bitcoin is exactly like another one. It’s at least as good as .999 fine gold that way.

The problem I had with Bitcoin was the fifth point: Does it have use value in itself, so you can’t get stuck holding the bag?

If you have a million U.S. paper dollars, and nobody accepts them, they have no use in and of themselves—except as wall decorations or kindling. They’re just unsecured liabilities of a bankrupt government. In essence like a million Zimbabwe dollars, although there’s obviously a continuum. Fiat currencies can be easily destroyed by their issuers. The things are burning matches. They have half-lives, like radioactive elements.

Sure, there were advantages to Bitcoin being a privately issued fiat currency. But I didn’t see its real use value; that’s where I went wrong.

Bitcoin is certainly a fiat currency like the dollar or the Kwacha. But it’s also an excellent transfer device. You can move wealth from one country to another, or to another person, quickly and privately. I’d say secretly, but you’re not supposed to say “secret” anymore, you can only say “private.” Part of the politically correct corruption of language, I might add.

And you can do so outside of the banking system, which is increasingly important. If you use Bitcoin, you don’t need a bank to store your money.

Cryptocurrencies, like Bitcoins, are just the first, and most obvious, application of blockchain technology. Hopefully, among other things, blockchain and Bitcoin are going to destroy the SWIFT system, the vehicle for wiring money from one bank to another. SWIFT is expensive (at least $50-100 per transaction), slow (generally a day or two, sometimes a week or more), and insecure (who trusts either big banks or the US Government?). And SWIFT requires that all dollars clear through New York; non-Americans don’t care for that. SWIFT is used by thousands of banks around the world to send payment instructions worth trillions of dollars each day. Incidentally, it’s not that I’m against SWIFT itself. It’s just that it’s become a creature of the banks—who abuse it and are actually responsible for its problems.

So, this is one big use value of Bitcoin. It allows you to transfer something that is accepted as money outside of the banking system, and outside of government fiat currencies.

Bitcoin is well on the way to being accepted as money. I think it will succeed.

What is money? Money is a medium of exchange and a store of value. Almost anything can be used as money. Some things are just much better than others.

Bitcoin is becoming more and more accepted as a medium of exchange, while most government fiat currencies approach their intrinsic values—essentially zero.

Bitcoin is a bit more problematic as a store of value. Once again, let’s get back to the basics. You’ve got two kinds of currencies: commodity currencies and fiat currencies.

The commodity currencies are actual physical commodities. You know they have use value. Fiat currencies, on the other hand, are just made up. They’re totally arbitrary and political.

It’s like that old joke about sardines. You’ve got eating sardines and trading sardines. Commodity currencies are eating sardines. Fiat currencies are trading sardines. Of course, there’s no guarantee that Bitcoin is going to be accepted a year or two from now. It’s a high-tech innovation, and maybe a Version 2.0 will collapse the value of the current version. So in a few years, we may find that Bitcoin fails the store of value test. But it’s accepted at the moment. And it’s been growing in value at a crazy rate—unlike fiat currencies, which have all been falling against real goods and services at about 5-10% per year. Incidentally, I don’t put much faith in the accuracy of government inflation figures.

Bitcoin has been a great speculation so far. But as a store of value? Bitcoin is a technological innovation. There likely will be Bitcoin 2.0 and 3.0, not to mention other,

even more advanced cryptos. What will the current Bitcoin then be worth? There’s a reason the expression “High tech, big wreck” is true. Just because so far it’s been a great speculation, doesn’t mean it’s a good store of value. Technology, a solar flare, or even government action could wipe it out.

The $64 question is: Where are we in the market cycle for cryptos? Clearly, we’re no longer early in the game. It’s like getting into the internet stocks back in 1998—they weren’t cheap, but the bubble got much, much bigger. And the internet—contrary to what people like Paul Krugman thought—was not itself a bubble. Up until now, the only way to play this has been the coins, the tokens, like Bitcoin. There are perhaps a thousand of them out there now, and most of them are garbage.

Because I think the bubble will get much bigger, I’m getting involved in these cryptocurrencies on several levels. Including public mining companies, which is not germane to this article. I’m trying to make the trend my friend. But cautiously, because there’s a lot of speculation going on.

I am concerned about the market, which is very bubbly. But I think it’s going much higher, for several reasons. One, as we discussed, is that some of the cryptos have great utility, and only about 25 million out of the 7 billion people in the world currently own them. I promise you that five years from now that number will be more like three billion. They’re going to get much bigger in the developed world, but even bigger in the Third World.

A warning from Doug Casey: The U.S. and foreign governments have blown a $9 trillion “everything bubble.”

When it bursts, millions of investors will lose it all—while a small group of gold stocks could soar 500%.

Doug has used this secret strategy to make millions in the gold market for more than 35 years. Click here to learn more. 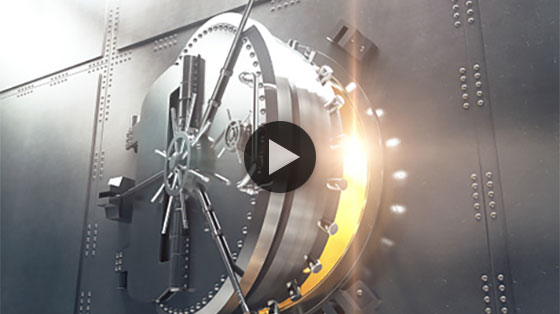