Nick’s Note: As we’ve discussed here in the Daily, President Trump’s trade tariffs could spark a costly trade war. On the other hand, it could be a boon to U.S. steelmakers.

Whatever the result of this trade war is, there’s bound to be market casualties. And in this brand-new interview, legendary speculator Doug Casey shows how it could escalate into something far more deadly…

Justin Spittler, editor, Casey Daily Dispatch: Doug, what do you think about Trump’s approach to trade?

Doug Casey: Well, let me start off by saying the government should have zero to do with the economy in general, and trade in particular. No subsidies, no duties, no quotas—nothing of the sort. Most people don’t understand that import duties punish the whole country to “help” some uneconomic industry or group. At the same time, it allows them to persist in the practices that make them uneconomic.

And yes, I understand the chances of the government butting out are about zero. But it’s critical to voice correct principles, even if they’re disregarded.

Of course, Trump is correct in putting America first, as opposed to subsidizing other countries. But import duties don’t put America first. They damage it. The Smoot-Hawley tariffs were what really set off the last depression, because foreigners could no longer sell to us. That destroyed their economies, resulting in business failures and high unemployment.

Duties are always a disaster. When you have a duty on things from a foreign country, you violate all kinds of economic laws. You are, in effect, putting yourself under embargo. That’s number one.

Number two, the revenue on import duties goes to a government. It feeds the beast. This revenue makes the government bigger and stronger. So, it’s bad from that point of view as well. It always impresses me as strange when people talk about “we” in reference to the State, or the government. The State is a discrete entity—like General Motors, or the Catholic Church, or the Boy Scouts. It doesn’t care about you; it cares about itself. But, unlike those other organizations, it uses guns to enforce its will. You want to deny resources to it as a moral principle.

Doug: Competitive advantage is the big one.

Guatemalans are good at producing bananas. Detroit is good at building cars—or at least it used to be. Trying to produce cars in Guatemala and bananas in Detroit is completely ridiculous. We don’t want a domestic banana industry; it wastes capital. But that’s what happens when you put in duties. You are, in effect, trying to make it economic for Detroit to grow bananas.

Apart from lowering Americans’ standard of living, creating economic distortions, and adding to the power of bureaucrats, it’s asking for trouble in today’s world. It’s antagonizing large groups of people who live outside the US.

Justin: I couldn’t agree more. And it seems like a lot of Trump’s policies are directly aimed at the Chinese. Why is that such a bad idea?

Doug: The Chinese came from nothing; only 40 years ago, they had nothing but a billion impoverished peasants. No money. No technology. No power. Today, they’re on par with the United States. But, if this trend continues—which it will—their economy will be triple the size of the US economy in 20 years.

At this point, the only thing the US has over them is its gigantic military—which itself is becoming very outmoded, as Putin’s recent announcements about a whole new generation of weapons has shown. And very expensive. Every year, the government spends a trillion dollars on “national security.” It’s bankrupting the US.

It’s not making any friends, either. In fact, I’m afraid it could even lead to war with China.

Justin: An actual war? Not just a trade war?

The US is supposedly defending the interests of its so-called allies—Japan, Taiwan, the Philippines, and so forth—in the South China Sea. But the US is pointlessly asking for trouble by meddling in these affairs. It’s between the Chinese and those countries to sort out.

The last thing that we need is a war with the Chinese. But if something that’s been called Thucydides Trap is valid—and I think it is—then it’s highly likely. It refers to what happened between Athens and Sparta, the Peloponnesian War, at the end of 4th century BC. The Trap is sprung when a reigning power strikes out at the advancing power while they still have a chance of winning.

The US is in decline, and the Chinese are rapidly coming up. The US is definitely the aggressor here—although Americans robotically believe we’re always the good guys. Everybody always see themselves as the good guys, including the Nazis and the Soviets—nothing new there.

The American military thinks that a shooting war is inevitable. And it probably is. Why? Well, 4,000 years of history teaches us that it’s better to start a war when you’re more powerful than your enemy rather than wait until they’re more powerful than you. It’s always been this way. The Golden Rule of statecraft is: Do unto others—but do it first. It’s a very dangerous situation.

The US has combat troops in over 100 countries around the world, acting as a tripwire. Things could spin out of control at any time and almost anywhere on the planet. Quite possibly someplace nobody has ever even heard of.

Justin: How might the Chinese retaliate to a trade war?

Doug: Well, for one thing they could start by dumping all their Treasuries. They’ve already stopped buying more. I think they’re trying to get rid of what they have slowly. They use the proceeds to buy more things in the Third World. They already have a huge amount of control in Africa and western Asia. It beats owning the unsecured liability of a bankrupt government which is also their enemy, and earning them only 2%.

The next step is to make the yuan an international currency. And it will likely need to be a gold-backed currency so people trust it. If they can make the yuan the new international numeraire, the US will lose its major source of power. That’s because dollars are our biggest export, and have been for decades.

What happens when no one wants to own dollars anymore? All those dollars would start coming back to the US. The influx of trillions of dollars from abroad would be extremely inflationary.

The real wealth in the US would start flowing out in exchange for those dollars. It would be the exact opposite of what’s happened over the last 50 years, where we shipped out paper dollars to foreigners and imported lots of real wealth at basically zero cost.

I think we’ll end up in military action because when there are economic problems, governments like to blame them on foreigners. That usually winds up involving the military. The military—contrary to popular myth—doesn’t defend the country, so much as act as an instrument for the government to enforce its will abroad. It could get out of control. A country like China doesn’t take to being bullied.

Justin: Doug, you mentioned a gold-backed yuan? But the Chinese also are taking steps to launch a petroyuan. How big of a threat is that to US supremacy?

Doug: I wouldn’t worry about a so-called petroyuan, except that it will really antagonize the US. Will the Saudis and/or the Iranians take yuan in exchange for a Chinese military umbrella to replace the American one? Maybe.

However, one of the nice things about the cryptocurrency revolution is it’s directed people’s attention to the fact that none of the paper currencies issued by governments have any real value. They’re not redeemable with anything by their issuer. They’re only redeemable by whatever some merchant someplace might give you. So, the Chinese will only succeed at replacing the US dollar with a gold-backed yuan. That’s what they’ll do.

Justin: That would certainly be bad for the US dollar—actually for US assets in general.

Doug: Yes. Right now, the deficit of the US government is about a trillion dollars a year. That’s in supposedly good times. That debt is basically all being sold to the Fed. It’s the direct engine of inflation, creating more dollars. The Chinese will be more responsible with their gold yuan—which is coming. They’ll need it to foster trade with their multitrillion-dollar One Road and One Belt project. They certainly won’t want to use the dollar, the currency of their enemy.

The US sees that it’s rapidly losing economic power. They’ll see that they’re resented politically around the world, seen as bullies. And they see that new-wave military tech is turning carrier groups and air wings of B-52’s and B-2’s into expensive junk. They may do something stupid, like launch a preemptive strike against China.

It would make about as much sense as the Peloponnesian War, or World War I. But these things can take on a life of their own. I just hope we don’t have World War III in some form. That would be most inconvenient and unpleasant.

Justin: Thanks for taking the time to speak with me today, Doug.

Nick’s Note: As Doug said, tensions between the U.S. and China are rising…

That’s why the team at Casey Research just released an urgent briefing on the situation. It includes background details on a tiny company set to soar in the coming months as this trade war escalates.

They say it could hand you as much as 10 times your money… or even more. Learn more right here.

This star value investor has more than doubled the performance of the S&P 500, on average, since 2007. He’s had to make a lot of smart calls for that kind of performance.

But according to him, it’ll pale in comparison to what he’s calling “the hands-down, No. 1 pick of my career”. Click here to learn more. 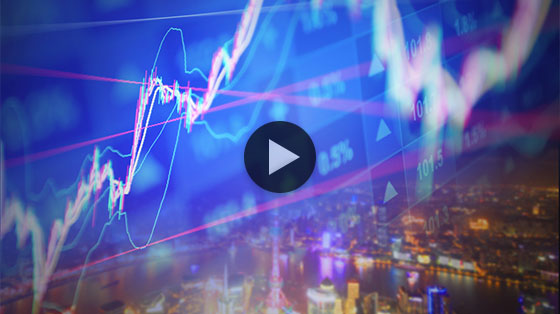