Nick’s Note: At the Palm Beach Research Group, we guide you along the path to real, sustained financial prosperity. We do that by giving you a comprehensive wealth-building strategy… And that includes what to do with wealth once you make it.

Longtime PBRG friend and legendary speculator Doug Casey has built a fortune in the markets. Today, he shares the No. 1 thing you can do with your money to take control of your life and prosper in the years to come.

There’s a great deal more to becoming rich than buying the right investments and hoping for the best. The most important element in your strategy to win the battle for investment survival is your own psychology. You’ve heard that your attitude helps your health and your golf score; it’ll also improve your earning power.

It’s not enough to liquidate your past financial mistakes. It’s more important to liquidate counterproductive attitudes, approaches, and methods of dealing with problems. The results that someone gets in life are an indication of how sound his approach toward life is. A sound philosophy of life gives good results. People with chaotic, unproductive, unhappy lives usually don’t have anyone to blame but themselves. They rarely have a strategy for living and thus have no foundation on which to build a strategy for investing.

There’s plenty of good advice available on the subject. Marcus Aurelius’ Meditations, Ben Franklin’s autobiography, Norman Vincent Peale’s Power of Positive Thinking, Frank Bettger’s How I Raised Myself from Failure to Success in Selling, and Maxwell Maltz’s Psycho-Cybernetics are all helpful.

One of the important things about the Greater Depression is that it will give you a chance to put your philosophy of life to the test. Almost anyone can get by in good times, but the years to come will separate the real winners from losers. Many will taste the thrill of victory or the agony of defeat firsthand; they won’t need the vicarious pleasure of Saturday afternoon TV sports to experience life.

There is, of course, no guarantee that just because you’ve developed a workable strategy that you won’t still be a casualty in the battle for financial survival. There is such a thing as plain bad luck. But, as Damon Runyon said, the bread may not always go to the wise, nor the race to the swift, nor the battle to the strong—but that’s the way to bet.

Tilt the odds in your favor by developing pro-survival attitudes, and the law of large numbers will take care of the rest.

You may be able to salt away 10 bags of silver, a thousand Krugerrands, and enough food to open a restaurant chain, but that’s not nearly as important as knowing how to get them all back again if you should lose them for any reason. That’s one thing no one can ever take away from you, and you can never lose: your attitude towards life.

Scrooge McDuck Had the Right Attitude

One of the most formative stories I’ve ever read was an Uncle Scrooge comic written in 1953 by Carl Barks at Walt Disney Studios.

It finds Scrooge McDuck at play in his binful of money, diving and wallowing in it, doing what he likes best. As he leaves his bin to go out for his daily routine, it turns out that his nephew, Donald Duck, has decided to play a prank on him by putting a fake newspaper on the park bench with the headline “Coins and Banknotes Now Worthless!…Congress Make Fish the New Money of the Land.”

Scrooge sees it and is stunned. All his cash is worthless. He plops against a tree thinking that he hasn’t even one little minnow with which to buy a crust of bread. By the next frame of the comic book, however, the courageous old duck has picked himself up and is ready to get back in the race, saying, “Well, there’s no cause crying over bad luck. I’ll get a job and start life all over again.”

Soon we find him down at the waterfront talking to a fisherman. He offers to paint the man’s boat for a sackful of fish. Scrooge earns his fish and takes them to a clothing store where business is bad. He trades the fish for a raincoat. Back at the waterfront, he trades the raincoat to another fisherman for two sacks of fish.

Since the fish are getting heavy to carry around, Scrooge trades the two bags to a farmer for an old horse, then trades the horse for ten sacks of fish.

By the end of the day, Scrooge has a mountain of fish: three cubic acres’ worth. As much of the new money as he had of the old. He looks at the cold, clammy fish and asks himself…how to count the new money? By the pound or by the inch? How to keep it? And how to spend it before it goes bad?

Sorrowfully he realizes that fish isn’t as nice to play with as his old money. Fish don’t feel good and they smell bad.

All of the sudden, he doesn’t want to be rich anymore. He hires a trucking fleet to take the mountain of fish to Donald, who always wanted to be rich. Donald’s house is buried under dead fish.

Donald’s joke backfired, but Scrooge proved his point: You can start from scratch if you have the right attitude and come out ahead if you play your cards right.

Scrooge didn’t have a fish to his name when he had to start over, a lot less than you’ll have if you liquidate all your unneeded possessions. They’re costing you money, and tying you down. Transform the junk you’ve accumulated into cash, which you can redeploy the way Scrooge McDuck might.

The next step in your plan is to start earning to add to your grubstake—that is, create more money. It was key to Scrooge’s second fortune, and it’s key to yours.

But it’s necessary to have the skills necessary to provide goods and services to others. Scrooge made his fish fortune by his skills at business, but there are thousands of others.

One of the most important parts of taking control of your life as a step to prospering in the years to come is to educate yourself and gain skills. That means a lot more than just logging eight years in high school and college. Going to college is one thing, but learning to make money is something else. Most people today appear to believe going to college is necessary for getting ahead. It’s not. It may actually be a hindrance.

A lot of people seem to think that simply going to college will bestow an education. In reality, all most people get is a diploma, which is very different. Eric Hoffer, the San Francisco longshoreman who never completed high school but has written such profound books as The True Believer, is an outstanding example of the difference between going to college and getting an education.

Practical, marketable skills are often better acquired in trade schools, through self-teaching efforts, and through experience working from the bottom up in a field. A lot of teachers who finished first in their class couldn’t run a successful hot dog stand and are hardly in a position to help their students learn survival skills.

It would be a tragic mistake to devote all your resources to accumulating gold, hoarding commodities, devising clever tax schemes, and speculating, to the neglect of much more basic intangibles. The government may negate a lot of your efforts through its inflation, taxes, and regulations. And even if you overcome them, market risk—a bad judgement, an unexpected development, a failed brokerage house—can wipe you out. As can fraud, theft, a fire, or a war.

And in the environment coming up, all of those things and many others like them could be greater dangers than they have been in the past. The only thing that’s permanently secure is what you carry in your head: your attitude, your knowledge, your skills.

Who knows what skills may be required in the years to come? What you’re doing now, be it teaching school, practicing law, laying brick, or selling insurance, may be in low demand. But preparing French cuisine, fixing autos, keeping books, or offering financial counsel may be in high demand. Or perhaps the other way around.

The single wisest thing you can do with your money is not buy gold. It’s to take courses and acquire knowledge in other fields, as unrelated to what you are now doing as possible. Anything related to science, and particularly, technology would seem especially suitable. Computer science, medicine, mechanics, agriculture, and electronics are all going to remain in demand.

In the TV series Star Trek, the supremely knowledgeable Mr. Spock bailed the crew out as often as anyone. It’s hard to imagine him unemployed, for that reason. More knowledge can only increase your understanding of the way the world works now, and if it stops working the way it presently does, you’ll be able to continue. It will then no longer be the end of the world if you lose your present job.

And a lot of people will.

Nick’s Note: Tomorrow, Doug answers the common question, “How much money is enough?”

Doug Casey has a long history of being “right on the money.”

He called the housing crash as well as Brexit. And last year, he predicted Donald Trump would win the election before he was officially confirmed as the Republican Party candidate.

But his latest prediction could easily top them all. Learn more here… 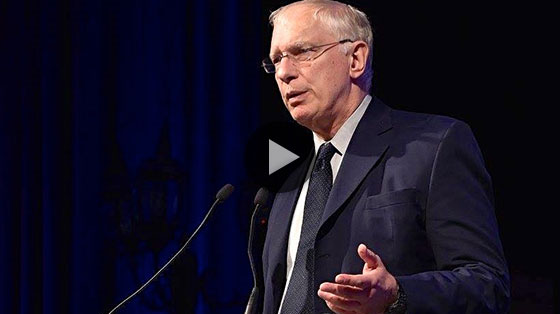