Nick’s Note: At the Daily, we’re more than just a stock “tip sheet.” We want to guide you along the path to real, sustained financial prosperity. But there are factors outside of everyone’s control that can impede even the best wealth-building plans.

The broader economy is one of those external forces. That’s why today we’re handing the reins over to longtime PBRG friend Bill Bonner, who explains why the U.S. economy is stacked against the little guy.

What have we learned so far?

Let’s spell it out as a series of axioms.

That’s today’s question: What? And how? (We eschew the “when” part; we are not good at it… though not for lack of practice.)

Yes, dear reader, the Fed is throwing out banana peels—in the shape of a series of quarter-point interest rate increases. It is just a matter of time until someone slips up.

But to fully understand what is going on, we return to the real role of the feds and their control of our money.

Remember that the few—the insiders who control the government (aka the Deep State)—want to extract wealth, power, and status from the many.

In ancient Rome, for example, they “clipped” the coins—removing part of the precious metals. Then they replaced silver and gold completely with base metal… and finally, with leather.

This was no longer real money. People turned up their noses at it. And even the government refused to take it in payment of taxes.

This debasement technique continued up until the reign of Henry VIII in England, who replaced silver coins with copper to pay for his wars with Scotland and France.

A more recent scam is simply to print up extra paper money. This technique has been used by almost all modern governments, with Weimar Germany, Zimbabwe, and Venezuela providing recent, gaudy examples.

Government uses this fake money to pay its bills… and reward its cronies. Then as the new money disperses through the economy, prices rise.

The public pays more for its bread and beer; usually, it has no idea why. The government then blames “profiteers,” “speculators,” or capitalists with tails.

The flimflam of the latex dollar is subtler…

Rather than use it to pay bills directly, the feds lend it out at below-market rates to big banks, who, in turn, lend it back to the federal government.

Then, to keep the swindle going, the central bank buys the bonds from the banks, guaranteeing that the cronies make money… and that the Fed’s supply of cash keeps flowing.

All funny-money bamboozles share the same features: Fake money is created. This money looks like the pre-existing real money. The elite get their hands on it first and use it to call away existing wealth from its rightful owners.

That’s why the “One Percent”—especially Wall Street—is so much richer now than it was in 1971. And it’s why three of the richest counties in the country are now those around Washington D.C., rather than around places where wealth is actually created.

So far, Americans have not caught on. They don’t realize how they are being robbed. Instead, they think they are rich, with $97 trillion in household wealth.

But much of that is just on paper… in overpriced stocks, bonds, and real estate. It is financial, not economic, wealth. And it is subject to repricing in the twinkle of an eye.

Traditionally, household wealth is about three times GDP… and total debt (public and private) is about 1.5 times GDP.

If we adjust today’s numbers to these old proportions, household wealth should decline by $37 trillion… and debt should deflate by about $33 trillion.

These are just numbers. But they show, grosso modo, what to expect when today’s fake-money system blows up.

Nick’s Note: The typical U.S. family cannot raise even $400 for an emergency… and the last census recorded 110 million Americans receiving more or less permanent “welfare” assistance from the government.

Bill says the cause of the decline in the middle class is not the free market, race, the “One Percent,” or President Trump. It is not even due to a lack of money or some rich guy having too much. Here’s the real truth about America no one wants to tell you…

And Bill’s chief technology analyst says he’s “personally invested my money in 89 of the world’s most promising, breakthrough technologies. The ‘God Key’ is more valuable than all of them combined.” 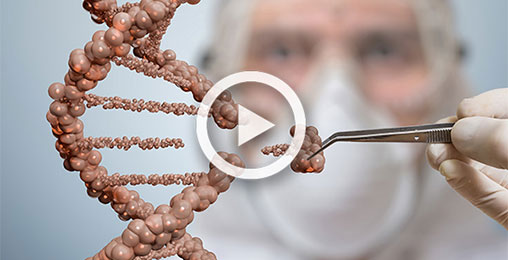