Editor’s Note: Last week, longtime PBRG friend Bill Bonner told us how a secretive cabal of unelected officials he calls the Deep State had weaseled its way into the Trump administration. In today’s guest essay, Bill says Team Trump is taking on some elements of the Deep State while cozying up to others…

Last week, coming back from Granada with a driver, we learned a little about how the Nicaraguan economy works.

We were passing shacks of all varieties and various levels of ingenuity.

Some had bare concrete walls and tin roofs. Some were built entirely of rusty tin, apparently scavenged from a tear-down site. Some wooden buildings leaned. Many you could see right through.

The countryside may not be rich in money, but it was well-furnished with trash.

First, finally some good news from the Trump team! They’re proposing to cut funding for 80 different agencies and programs.

The Institute of Museum and Library Services, for example. The Corporation for National and Community Service… the Appalachian Regional Commission… the National Endowment for the Humanities… and dozens of others.

They’re all supposed to get the axe.

Well… hooray! It’s about time. Get rid of them all. And since you’ve got the axe out… there’s plenty more dead wood that could be chopped.

The SEC. Who needs it? Let investors take care of themselves; they’ve got the money to do it.

And why 17 different spook agencies? One would be more than enough.

The Department of Agriculture has been around since 1862 and has not grown a single cucumber. Most of its $140 billion budget is spent on the SNAP program that gives food to poor people.

SNAP’s EBT card can (according to press reports) be used to buy underwear, shoes, fast food, lobster, strip clubs, and soon… marijuana; shut it down.

The Department of Commerce? Who needs it?

The Department of Education has 4,500 employees who have never taught a single student. It should be history, too!

And Homeland Security? Don’t we already have the Pentagon, the FBI, the CIA, the DIA, and the NSA? Not to mention state and local police.

We’ve been through those airport scanners so often, our teeth are ready to fall out. And as far as we know, not a single airline disaster has been averted.

But wait… The savings from defunding these programs are earmarked for the Department of Defense… and Homeland Security.

Where’s the gain? Where’s the benefit? What difference does it make whether the money is wasted by the EPA or the Pentagon? Net result = zero.

In other words, Trump is just shifting resources from one Deep State sector to another… exchanging one group of cronies for another group… And it is not at all clear this is a good trade.

At least the parasites at the National Endowment for the Humanities don’t get us into unwinnable wars.

Besides, the generals should be punished, not rewarded. They haven’t won a war since WWII despite spending, in today’s money, about $30 trillion.

Nor is there any nation anywhere in the world that is preparing to invade the U.S., steal our property, rape our women, and carry our children off into slavery.

But don’t stop there. Cut the defense budget by $400 billion, too. And bring the troops home.

And one more very important thing…

It would be such fun to be president… until you were impeached, of course!

This is Washington we’re talking about… aka the Swamp. As for Donald’s plan to rob the Peters in the EPA to give to the Pauls in the Pentagon, the insiders are indifferent.

The increases are approved. The decreases never show up. Peter and Paul go about their business as before.

But no way is the Deep State going to stand still as its major boondoggles are defunded. And fortunately for the swamp critters, the funding system is magical​.

No need to trouble the taxpayers… not when there’s credit available for almost nothing.

So now we turn to Janet Yellen, the creature from the Jekyll Island lowlands. She gave a press conference last Wednesday. We would quote the Fed chief, but it might be viewed as mockery.

Instead, we will summarize:

Uh… It looks like the economy is doing okay… so we’re going to keep doing what we’ve been doing… I mean letting it return to normal as we keep our eyes on the data.

Some of it looks good. Some not so good. So, we’ll keep doing what we’re doing… or maybe more of it. Unless things don’t go so well, you know, like… then we’ll do less. Or more, whichever way you want to look at it.

And what do we know? Maybe they will.

Nicaragua is a poor country, the second poorest in Latin America. According to a group called Opportunity International, nearly a third of the population lives on as little as $2 a day.

In rural areas, such as the ones we were driving through, as much as 50% of the population lives in “extreme poverty.”

We’re not sure what that means. People seem well-fed. They have gardens. Pigs run across the road. Even the humblest house has a satellite dish on the roof.

Looking in through the open doors, you see people lounging in hammocks or sitting on plastic chairs, talking. We saw no sign of desperation.

Much of the road was simple dirt. Dust followed us for miles before affixing itself to our rear bumper. But then we came to a nicer section, paved with distinctive concrete blocks.

The interlocking pavers were unusual and looked more expensive than ordinary highway surfaces. We wondered why they used them.

“Oh… This is a part of the road that the president is responsible for,” answered our driver.

“His family owns the company that makes them. I don’t think we’re supposed to know. But everyone does. And if the local government wants to pave a road, it has to use his pavers.”

“Yes… there are a lot of cronies in Nicaragua.”

There are lots of cronies everywhere…

It won’t be the economy, the Wall, or the Obamacare repeal that cements President Trump’s legacy…

If we’re right, what’ll make Trump the greatest president in U.S. history is the red liquid you see below.

Nobody’s talking about this incredible substance…

Yet it could soon change the world—and prove to be the most important achievement of the Trump years. 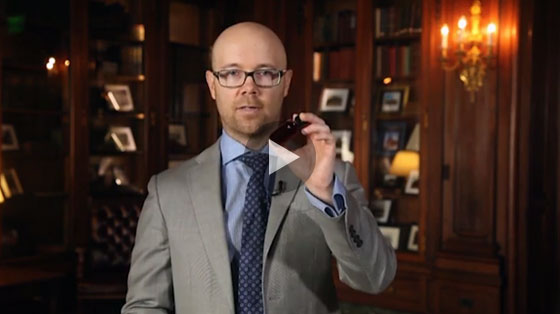