Mohnish Pabrai is one of the best value investors you’ve never heard of.

He came to the United States from Mumbai, India with nothing and built a $70 million fortune.

Most of that came through from his firm, Pabrai Investment Funds.

Pabrai is a big admirer of legendary value investor Warren Buffett. In 2007, he made headlines by bidding $650,000 for charity to have lunch with Buffett.

He’s a very charitable man. He and his wife donate at least $1 million per year to various causes.

And he likes giving back to the investment community. One way he does that is by sharing his successful investing system…

Here’s why I’m telling you about Pabrai today… His system recently released its 2018 forecast. And anyone can follow it—even small investors. (I’ll show you how in a moment.)

Regular readers know that one of our goals at the Daily is to help you increase your wealth so you can have a dignified retirement.

Following Pabrai’s strategy can be the difference between living off Social Security checks in retirement… and living the good life.

I love finding easy ways to beat the market. Nothing makes me happier.

That’s what attracted me to Pabrai’s system. He calls it hunting “uber cannibals.” Pabrai based the strategy off a quote by Charlie Munger (Buffett’s right-hand man), who famously said, “Pay attention to the cannibals.”

Cannibals are companies that buy back lots of their own stock.

Let’s say ABC Company has 1,000 shares outstanding, and the company makes $9,000 in profits. That means each share gets $9 of profit.

If ABC buys back 100 of those shares, that leaves 900 outstanding. If the company makes the same $9 in profits, each shareholder now receives $10 in profits. That’s an 11% boost just from the buyback…

(Pabrai’s system isn’t impervious to market downturns, though. For example, during the 2008 crash, his “uber cannibals” fell 26%… However, that still outperformed the market, which dropped 37%.)

The best thing about his system is that you don’t have to be a professional investor to use it. Here’s how it works…

(Note: Pabrai includes some criteria to make sure he doesn’t buy overvalued or illiquid companies. You can read the full details here.)

Now, as with any system, past performance doesn’t guarantee future results. So don’t bet the mortgage on any one of these companies. Make sure any investment you make fits within your overall investment strategy.

P.S. You can follow Pabrai’s latest strategy and musings on his blog right here. He posts a couple of his recent presentations or interviews each month.

From Dusty K.: This was a very good course. I would suggest that anybody who’s brand-new to the cryptocurrency space take it.

From Themistoklis A.: I’ve been involved in cryptos since November 2017… But I didn’t understand the blockchain and other terminology. Now that I’ve finished this course, I understand a lot more than before… And I can explain the blockchain and its future possibilities to my friends and colleagues.

Thanks, Teeka and Glenn.

From Sears A.: Great program. Very easy to understand. And the resources are perfect.

And a fan of our Asset Allocation model…

From Jordan R.: Hi, Nick. I’ve been using your asset allocation guide for a while now. My current allocation is 35% Elite 25 stocks, 35% royalty companies (mainly gold), 25% picks from your paid publications, and 5% cryptos.

I’m 27 and have no intention of turning off the income spigot anytime soon. So this works for me.

Some estimates say there are over 600 secret societies in the U.S. Most of them are harmless. But Dan Denning, the coauthor of The Bill Bonner Letter, recently identified an unseen group right here in America. And what they have planned for the country may shock you. Read the full story here. 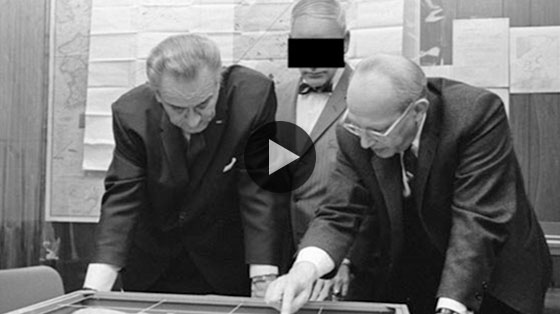