On February 8, the government shut down for the second time this year.

Five and a half hours later, Congress passed a bipartisan spending bill. This new bill removes the cap on how much the government can borrow to fund its spending spree.

In other words, the government can now spend as much as it wants.

The following week, Trump released his fiscal year 2019 budget. It’s a $4.4 trillion behemoth. And with the new cap removal, many people are projecting a $1 trillion deficit next year.

Now, there is little chance of the budget passing Congress. (A budget hasn’t been officially passed by Congress since 1997.) At this point, budgets are more of a guess for future government spending.

Still, this is big news.

That’s because it shows us where President Trump’s priorities are… and more importantly, how we can make money from them.

As regular Daily readers know, we’ve been extremely successful this year by simply following what Trump is doing.

Last March, we told you to buy biotechs. The fund we recommended is up 30% since. That same month, we said financials would do well with deregulation—the sector is up 17%. And in June we said to buy coal mining companies—we’re up 38% on that trade.

Today, we’re ready to profit off Trump once again.

The government is going to be spending $1 trillion more next year than it’s taking in. In the short-term, that’s great for the economy. And great for stocks.

After entitlements, the biggest line item in the budget goes to the Department of Defense. It‘s scheduled to get $686 billion of funding next year. That’s a 13% boost from last year’s spending.

This shouldn’t be a surprise to Daily readers. We told you back in October that defense companies are favored by Washington.

And defense companies also got a boost in that bipartisan spending bill… These companies are going to be getting a lot of government contracts as the military modernizes itself.

We told you back then that one way to play this trend was to buy the iShares U.S. Aerospace and Defense ETF (ITA). It’s up 12% since then—almost twice as much as the S&P 500.

If you haven’t scooped up shares yet, now is a great time to do so.

Trump had another $200 billion set aside for infrastructure spending. We told you infrastructure companies would benefit from Trump in our January 16 Daily.

America’s infrastructure was rated a D+ by the American Society of Civil Engineers. Massive improvements are needed.

And 10% of the infrastructure spending will be used to build the border wall with Mexico.

The way to profit from all this is to buy U.S. steel companies. We mentioned U.S. Steel, Steel Dynamics, and Nucor. These were up over 5% each on Friday as the Commerce Department recommended Trump put tariffs on imports of steel and aluminum…

I recommend waiting for a pullback in these companies before buying.

The biggest producer of cement in America is CRH Inc. This conglomerate’s stock doesn’t move quickly, but it will benefit from extra spending.

Other materials companies like Eagle Materials, Martin Marietta Materials, and (ironically) Mexican-based Cemex will all benefit.

A one-click way to add exposure for companies like these to your portfolio is with the Materials Select Sector SPDR ETF (XLB). It holds companies that produce materials used in big infrastructure projects that the government is going to start.

P.S. There aren’t many losers in this budget… only those who think fiscal austerity is important for a nation’s well-being. What do you think about the new budget? Great for economic growth—or terrible for the longevity of our country? Let us know here.

“This could cure thousands of diseases permanently…”

That’s what Jeff Brown, Bonner & Partners’ top technology analyst, told us recently. A revolutionary piece of tech is primed to completely rewrite medicine. And Jeff’s identified the three small-cap stocks that will skyrocket when it does. Details here. 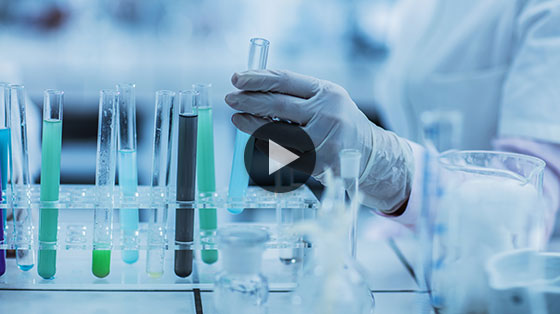