Regular readers know we think cryptocurrencies are one of the best speculations you can make today, and the team at Casey Research agrees. But recently, they’ve uncovered another fast-growing market. And beyond just having huge potential for early investors, it could also help put a stop to one of the gravest threats facing the world today…

The small European country had a major epidemic on its hands. Cheap heroin from Afghanistan and Pakistan flooded the country.

At its worst, one in 10 people in the country had a heroin problem. Everyone from students to bankers was shooting up.

According to The Guardian, it got so bad that “people were injecting themselves in the street, in public squares, in gardens.”

It was a genuine crisis. And the Portuguese government was out of answers.

Its war on drugs wasn’t stopping people from using. Instead, drug abuse was through the roof.

So, Portugal opted for a radical change. In 2001, the government decriminalized the possession and consumption of all drugs—marijuana, cocaine, heroin, you name it.

It also started treating drug addiction like a public health matter, instead of a criminal one.

But, to the surprise of many, it worked.

Since 2001, Portugal’s seen a steep drop in drug overdoses, drug-related crime, and HIV infections—a tragic side effect of the country’s heroin problem.

And it remains so to this day.

I know because I was just in Portugal. I spent four days in Porto and another four in Lisbon, the country’s largest city and capital.

During my visit, I was blown away by the sights that both cities have to offer. See for yourself… 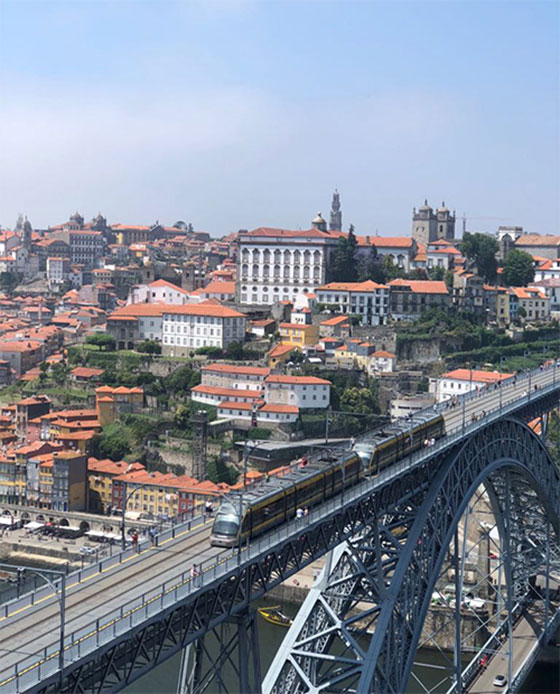 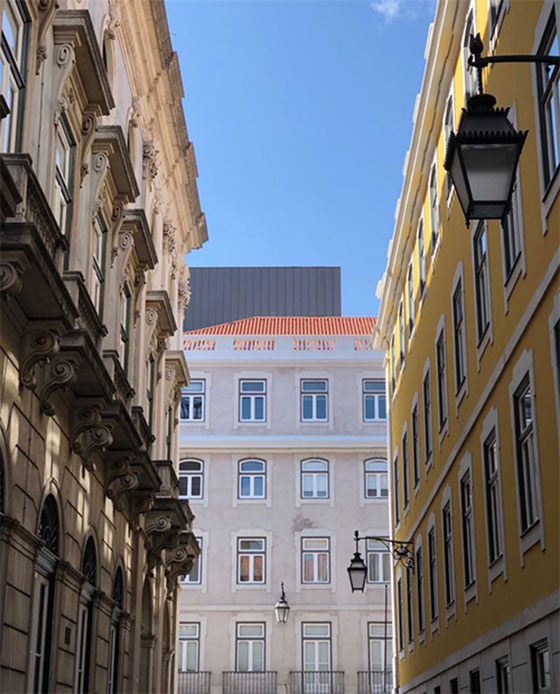 I was also surprised to see very little drug use in the streets. In fact, I don’t recall seeing a single junkie during my time there.

You’re much more likely to see that sort of thing in San Francisco or South Florida.

There are still dealers roaming the streets… pestering anyone who looks in their direction.

I asked some locals about it. They told me that many of these shady characters aren’t even peddling real drugs. They’re just trying to cheat unsuspecting tourists. It’s one giant scam.

Still, Portugal’s drug problem is nothing like it used to be. And again, that’s largely because the country ended its war on drugs 17 years ago.

So, why am I telling you this? Simple…

I think the U.S. could also rethink its war on drugs. And this shift in policy will present a huge money-making opportunity.

Sadly, this isn’t even a new phenomenon. In fact, more than 500,000 people in the United States have died from opioid overdoses since 2000. For comparison, the combined death toll of American civilians and soldiers during World War II was 418,500.

As if that wasn’t enough to make you sick, consider this: About 40% of opioid deaths in 2016 were from prescription opioids.

I even called up Doug Casey last year to discuss this epidemic.

The good news is that there’s hope. You see, I think Trump could soon take a page from Portugal’s book and start to wind down America’s war on drugs.

Now, I’m not saying Trump will decriminalize all drugs like Portugal did…

And it could happen within his first term.

That’s a bold prediction… some might even say a controversial one. But I have good reason to believe this will happen…

As I’ve showed Dispatch readers before, marijuana has tremendous medical properties. People use it to treat seizures, multiple sclerosis, and certain mental disorders. It’s also shown to be effective at treating chronic pain.

The medical community agrees with me. In fact, a recent study published by the American Medical Association found that states where medical marijuana is legal have seen big drops in residents’ opioid use. From NPR:

The researchers studied data from Medicare, which mostly covers people over the age of 65. (It was a convenient set of data and available to them at no cost.) They found a 14 percent reduction in opioid prescriptions in states that allow easy access to medical marijuana.

They estimate that these dispensary programs reduced the number of opioid prescriptions by 3.7 million daily doses. States that allowed homegrown marijuana for medical use saw an estimated 1.8 million fewer pills dispensed per day. To put that in perspective, from 2010 to 2015, Medicare recipients received an average of 23 million daily doses of opioids, the researchers said.

CNN also recently reported that “states with medical cannabis laws saw 20.7% fewer morphine prescriptions and 17.4% fewer hydrocodone prescriptions compared with states that did not have these laws.”

This is a big deal.

…and save lives in the process.

Of course, I know some readers won’t consider this much of a solution. That’s because many folks still see marijuana as a street drug, despite its proven health benefits.

But these folks need to understand something.

Marijuana is a much healthier alternative to opioids. It’s far less addictive. And it doesn’t kill. In fact, there’s never been a single recorded marijuana overdose. Not one.

This means the feds consider it more dangerous than meth… and just as dangerous as heroin.

It’s completely ridiculous. The good news is that the government’s starting to think about marijuana differently.

The drug is called Epidiolex. It will be used to treat forms of childhood-onset epilepsy, Dravet syndrome, Lennox-Gastaut syndrome (LGS), and other treatment-resistant forms of epilepsy.

But this decision isn’t just great news for GW Pharmaceuticals (GWPH), the maker of Epidiolex. As I explained in the June 27 Dispatch, the FDA just opened the door for more marijuana-based drugs.

Not only that, this historic decision shows that the government recognizes marijuana’s medical benefits. And that means marijuana’s days as a Schedule I drug could soon come to an end.

If that happens, doctors around the country could start prescribing marijuana and marijuana-based drugs to people suffering from pain.

It would also be great for investors.

That’s because any sort of marijuana legalization would send billions of dollars into marijuana stocks. That’s something you obviously want to get in front of.

So, consider speculating on U.S. marijuana stocks if you haven’t yet.

I specifically encourage you to look at companies that sell cannabidiol (CBD) products. CBD is a compound found in cannabis that offers many health benefits… but doesn’t get people high. And that makes it ideal for marijuana-based medicines. (If you missed my Dispatch on this subject, be sure to read it here.)

Just remember that the marijuana industry is still just getting started. So, treat marijuana stocks as a speculation.

Only bet money you can afford to lose. And be sure to have an exit strategy—use stop losses and take profits when they come.

P.S. Marijuana is the fastest-growing industry on earth. But most people still don’t know the best stocks to invest in…

Crisis Investing editor Nick Giambruno has prepared his readers with the top marijuana companies set to soar in the coming years. You can access these names—along with all of his research on the sector—with a subscription to Crisis Investing. Click here to watch Nick’s video presentation, and learn more.

Today, another round of positive feedback for Teeka Tiwari, Glenn Beck, and the Palm Beach Research Group team on their historic crypto summit…

From Amber Y.: Hello, I became a subscriber last year and I just watched The Great Crypto Conspiracy of 2018 webinar. Teeka, I love your work. Thank you so much and I hope the viewers saw the value of what you have to offer.

From William W.: I just recently joined the Confidential group after watching the special with Glenn Beck. I am very excited to invest in cryptos with Palm Beach as a mentor. I am excited to be using the services here and I love the excitement I have seen from those on the videos. Thank you for your time.

From Matt M.: I watched Glenn and Teeka’s webinar and knew this was the opportunity I was looking for to change my family’s future. After not taking my own advice to invest in bitcoin two years ago (and deeply regretting it), I committed to investing in bitcoin just a few days before the webinar.

After watching it, I was so impressed with Teeka’s knowledge and sincerity that I immediately decided to invest in the Palm Beach Confidential subscription. It was no small sum of money for us, but the faith that I have in Glenn’s character and Teeka’s track record erased any doubts I may have had. I look forward to one day being one of the fantastic success stories created by the hard work of Big T and the Palm Beach Research Group.

From Debbie R.: After watching Teeka on Glenn Beck’s program, I was interested in learning more about cryptocurrencies, as this is all new to me and my start in investing. I signed up for the subscription and was excited to get started. At first, I was confused with the complicated process. But as I started to go through the videos, I found them informative. I will continue to watch the videos and hope it will all become clearer to me. There’s so much to learn.

From Mohammed I.: Hi, it’s Mohammed from the UK here… I’d just like to say I’ve never heard Teeka being so bullish before, and listening to him and taking in the info from the Glenn Beck collaboration made me realize I need to go buy some more bitcoin! Roll on, next six months! And thanks for the amazing advice!

If you missed last week’s event, don’t worry. It’s not too late to take advantage of Teeka’s special offer: two full years of Palm Beach Confidential at a fraction of the normal cost.

To learn how you can best position yourself for the next crypto bull run, watch Teeka’s brand-new video presentation right here. But act fast—it won’t be online much longer…

The biggest power shift in the last 100 years is happening now. And it’s creating a tipping point in the next generation of energy metals.

You see, a new type of energy will soon take over… It will power our businesses, homes, and automobiles. And it will create a major commodities bull market centering around a few select metals.

If you know where to put your money ahead of time, you could see once-in-a-lifetime gains. Click here to learn more. 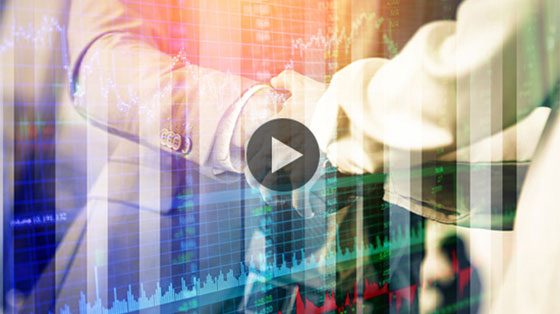