The company was forced to suspend operations. And bitcoin owners who used the service had nowhere to store their currency.

That same month, the Chinese government issued a string of new policies to crack down on bitcoin exchanges in that country.

Similarly, Chinese bitcoin owners were left without services to buy, sell, or store their cryptocurrencies.

In both cases, repressive governments were trying to prevent money from fleeing their countries.

China and Venezuela have strict capital controls. These policies restrict the free flow of cash flowing in and out of their countries.

It’s no wonder their people turned to bitcoin to circumvent these heavy-handed policies. And it’s no surprise their governments targeted bitcoin. It’s one of the best defenses against the War on Cash…

The latest assault is against bitcoin exchanges. And now it’s washed up on American shores.

If you own or are thinking of buying bitcoin, I’ll show you a simple (and legal) way people in China and Venezuela use to trade bitcoins without using exchanges.

Because these crackdowns aren’t just happening in socialist countries. We’re seeing them sprout up in the good ol’ US of A, too…

The New “War on Bitcoin”

There’s a smaller front opening in the War on Cash. Some governments are now targeting bitcoin exchanges (though not bitcoin itself).

They want to restrict the flow of money into these exchanges… That makes it harder to buy, sell, or store bitcoin.

Hawaii is the latest example.

In September, the Hawaii Division of Financial Institutions passed a new regulation that forced Coinbase (America’s leading bitcoin exchange) to cease operating in the state.

The policy requires Coinbase to maintain cash reserves equal to the digital currency funds held on behalf of customers.

So if a Hawaii resident holds $1,000 worth of bitcoin, Coinbase would have to match those funds with cash.

That’s like asking a brokerage firm to match its clients’ funds.

Right now, TD Ameritrade has $1.7 billion in cash and short-term investments. But client assets are $774 billion.

Can you imagine asking TD Ameritrade to put up another $772 billion to match its clients’ funds?

That’s essentially what Hawaii wants Coinbase to do.

So in February, Coinbase told its Hawaiian customers that they’ll have 30 days to close their accounts and remove their funds.

If you’re a Hawaii resident, we’ll show you a safe way to hold your bitcoin when Coinbase exits the state.

If you’re not a resident of Hawaii, you’ll still want to read on. As the “War on Bitcoin” heats up, you can’t say your state won’t be next…

When One Road Is Blocked, Find Another

It’s unfortunate that Hawaii has implemented this policy. But misguided policies like these are inevitable as bitcoin gains mainstream legitimacy.

Eventually, governments will have no choice but to accept bitcoin as an alternative currency. As we’ve said before, it’s here to stay.

Meanwhile, Coinbase isn’t the only place where Americans can trade bitcoins.

There’s a service Chinese and Venezuelan bitcoin owners turned to when their exchanges were closed. It’s called LocalBitcoins.

Soon after China announced its new bitcoin exchange policies in February, trading volume on LocalBitcoins nearly quadrupled. And in Venezuela, it also exploded after the crackdown there (see chart below). LocalBitcoins is really easy to use. In fact, it took me less than an hour to make my first trade…

My Experience With LocalBitcoins

You can use it to buy bitcoins online or in person. And you can pay for it with gift cards, MoneyGram, PayPal, or by cash deposit at a bank.

I ultimately chose to deposit cash at a local bank. Now that may sound risky… but LocalBitcoins has an escrow feature to protect buyers and sellers (more on that in a moment).

First, I registered on the website. That allowed me to search for buyers and sellers. Each has a feedback score. (It’s similar to the customer ratings you see on Amazon.)

Once I found a seller, I verified his personal information on LocalBitcoins. After we agreed to terms, I could use LocalBitcoins’ escrow service to complete the online transactions.

Here’s How It Works…

When the transaction is initiated, the seller’s bitcoin is placed in escrow. That means the buyer doesn’t have to worry about being scammed. If the bitcoin is in escrow, he can purchase them. If not, he can walk away.

But the bitcoin doesn’t get released until the seller confirms payment. That means the seller doesn’t have to worry about the buyer taking the bitcoin without paying up.

I chose a seller with a 100% feedback rating who used a convenient local bank. The price wasn’t the lowest, but it was fair… roughly a 4% premium to the bitcoin price.

The seller provided deposit instructions. After making the deposit, I provided a copy of the receipt and a picture of my ID. It was all done through the LocalBitcoins website.

[Not all transactions require an ID. It depends on the seller and the payment method. Make sure to read the terms of the agreement before making a trade.]

The bitcoins were deposited directly into my LocalBitcoins wallet. And I transferred them out with no problem. The entire transaction took less than an hour.

I suggest you spend some time researching the website before using it. The site includes a search function that separates offers by amount, currency, location, and offer type.

Based on my experience, LocalBicoins is easy to use and the price is fair.

If you want a backup plan just in case your country or state falls victim to the “War on Bitcoin”… check out LocalBitcoins.

More than a third of stocks are in a downtrend. But you’ll never guess that as the S&P 500 nears all-time highs…

So what’s going on?

Divergences like this happen because the S&P 500 is weighted by market cap. That means larger companies have a bigger effect on the index than smaller companies.

Apple is the biggest company in the S&P 500. Its price movements have 600 times more impact on the index than News Corp. (the smallest company).

As you can see in the chart below, a decline in stocks trading above their 200-DMA often precedes a fall in the market. You should prepare yourself for at least a small pullback in the S&P 500. Our advice still stands… Choose your stocks carefully.

And there’s no shame in selling some of your weaker holdings to raise some cash.

From Phil F.: I enjoyed Nick Rokke’s article on tires (“How Trump Is Following Obama’s Playbook”). In 2009, I was a general manager for a U.S. tire company in China. We spent more than $50 million building a first-class tire business with 2,000 workers in China and 350 logistics and sales dealers in the U.S.

After getting hit with a 44% duty in 2009, the company went bankrupt three months later. At the auction in Boston, an Indian company bought the tire molds and shipped them to India. I then helped a Chinese company build tire plants in Vietnam to get around the U.S. duties…

Gold may be the “magic bullet” for detecting and surviving cancer. This electron microscope photo shows a critical part of this new gold-based oncology protocol…

But for a full explanation—plus details on how you could score HUGE profits as this breakthrough unfolds—just click here. 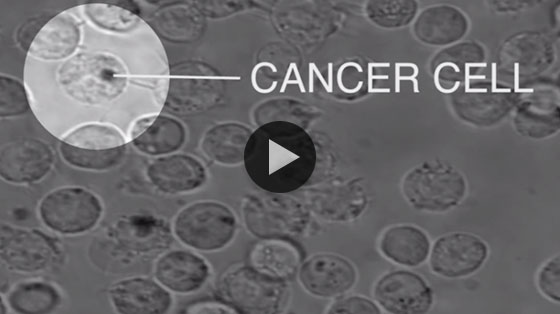