Here’s a number for you to remember: $470 billion.

That’s how much low interest rates dinged savers between 2008 and 2013. That’s according to insurance giant Swiss Re.

Analysts now estimate the figure to be over $750 billion.

That’s a lot of money that could have gone into the pockets of savers, retirees, or pensioners.

But those relying on interest income have been getting shafted for years now.

Think about it this way: Let’s say you had $1 million saved and invested it in 10-year treasuries…

That’s a 62% reduction in interest income over the last two decades.

What’s a retiree to do?

There’s an unfortunate side effect of this trend…

The decline in interest income has investors searching for yield.

And they are shifting toward riskier assets, such as master limited partnerships, high-yield bond funds, real estate investment trusts, and closed-end funds.

Cathy Berger is a prime example.

She’s a 55-year-old who works for the Queens Chamber of Commerce. She used to put a large portion of her savings into certificates of deposits, earning up to 8% annually.

Now she’s moved a part of her savings into high-dividend stocks. But she’s worried.

“Trying to reap any kind of income from your money, from your assets, is almost impossible now,” says Ms. Berger.

In a moment, I’ll tell you what we look for in a closed-end fund investment. But first, let me show you the situations we try to avoid…

When Reaching for Yield Goes Wrong

Consider the case of the Pimco High Income Fund (PHK)…

PHK invests in corporate debt obligations and income-producing securities. And it uses leverage to generate both high income and capital appreciation.

The yield was 12.6% as of February 1. That attracted investors looking for high payouts.

But buying this fund for the yield would have been a mistake.

That means if the fund liquidated, an investor would face an automatic 33.6% loss.

Investors who didn’t take the time to review the financials got a shock on February 2 when PIMCO cut PHK’s distribution.

Overnight, management slashed the distribution by 22%. And the stock fell over 15%.

Another example is the PIMCO Global StocksPLUS & Income Fund (PGP).

The fund trades complicated derivatives and options. It seeks not only high current income, but also capital appreciation. And it does that by using leverage.

But also like PHK, buying this fund for the yield would have been a mistake.

That means investors were paying more than $2 for every $1 of assets. And if the fund liquidated, those investors would have locked in 50% losses.

Look, we get it. The investment landscape is bone dry as far as traditional income investments go.

But please heed this warning: Now is not the time to blindly chase yields into toxic investments.

If you’re looking for yield, here’s what we recommend as a general rule: Look for yields in closed-end funds that are trading at a discount to their NAV.

This way, if the fund goes back to its NAV—or ends up trading for a premium—you make money. And you can often collect strong income in the meantime.

Do not pay a cent more than the fund’s net asset value.

P.S. Truth be told, if you’re searching for income: You’d be better off following The Palm Beach Letter.

We’re very picky about the income investments we recommend. And we go to great lengths to make sure they’re safe.

We look for funds that take advantage of big trends, have safe yields, and trade at a discount. That way, we avoid the likes of PHK and PGP.

Our diligence has rewarded our subscribers. We’re up 13.6% across our positions while collecting an average dividend of 6.8%. That’s roughly three times the yield of a 10-year treasury.

Plus, our CEFs still trade for a collective discount of 7.3%.

We recently added a fourth CEF to our portfolio. Palm Beach Letter subscribers can read the latest issue right here.

Whether or not the Federal Reserve increases the fed funds rate next week, we’re seeing rates already moving up.

The 3-Month London Interbank Offered Rate (LIBOR) measures the interest rates banks charge each other for a three-month loan. It’s skyrocketed over the past two years. And that’s a major headwind to continued economic expansion.

From Keller B.: It’s quite disingenuous of you to discuss globalization issues without addressing all the issues interfering with the balance of trade. A combination of tariffs, currency manipulation, illegal export subsidies, intellectual property theft, and lax worker safety and environmental regulations give countries like China an extremely unfair advantage in the trade. Your pro-globalization discussions have ignored all these very relevant issues.

From Chris D.: I love that you have a couple of closed-end funds in The Palm Beach Letter portfolio. But I think it would be important to point out the historical premium or discount along with the current value. I don’t want people to think that these funds will “magically” increase from a heavy discount to a premium.

Editor’s Note: Thanks for your timely letter, Chris. PBL analyst Greg Wilson does a great job of explaining why you should buy closed-end funds trading below their NAV in the essay above.

Pension Crisis Continued: Individual investors aren’t the only ones reaching for yield. Public pensions also are hurting for returns. And that’s bad news for pensioners… Credit rating agency Moody’s reports many pension funds expect returns to lower more than previously assumed. Moody’s says the expected return on a portfolio has fallen in 2017 to 7% from 7.5% in 2016. That means many funds have no choice but to force plan members to increase their contributions and/or decrease payouts.

We’ve been covering this trend for months now… including our must-read special report on America’s pension crisis. Palm Beach Letter subscribers can access it right here.

Blockchain Rollout: Meanwhile, another trend we’ve been following continues to gather steam. A consortium of 47 Japanese banks has completed a blockchain pilot program that’s set to move to production in 2017. The new venture is called Ripple. And it’s expected to cut transaction costs by 60%. We’ll continue to track this trend.

Gene Therapy Breakthrough: A groundbreaking gene therapy treatment that claims to boost a patient’s own immune cells has been shown to clear disease from one-third of terminal patients. According to a new study, 36 of 101 patients who underwent Kite Pharma’s CAR-T cell therapy went into complete remission after the six-month trial. The company’s stock went up over 50% the following two days.

Palm Beach Confidential editor Teeka Tiwari has been hot on the trail of the best small-cap biotech plays out there. His past two plays are up nearly 40% and 29%. Confidential subscribers can read the issues here and here.

A recent move by President Trump just kicked off a secret energy boom… One that history has shown could mint all-new millionaires.

But it’s NOT in fossil fuels or renewals. Instead, it’s an unusual kind of fuel that’s critical to Trump’s energy plans… his climate plan… even his foreign policy…

This kind of fuel has boomed ONLY twice before—and both times, investors had the historic opportunity to turn every $1,000 invested into more than $1 million. Click here to learn more… 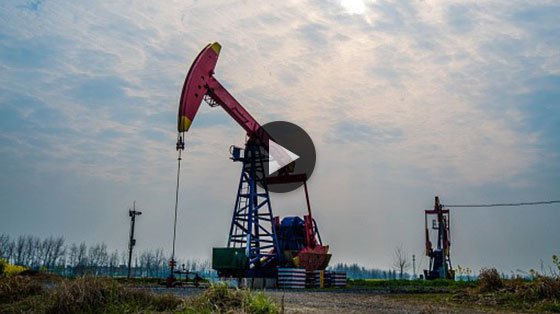