In an article published on Sunday, July 1, Kessler cites a University of Texas study that argues manipulation was behind half of bitcoin’s 2017 move up. The study pins the blame on a crypto coin called Tether (USDT).

Tether is a fixed-value, or “stable” coin. It supposedly backs each coin by one U.S. dollar. To be clear, I have never been a fan of Tether because it requires you to trust there is $1 backing each coin.

In the January 2018 issue of my Palm Beach Confidential newsletter, I wrote:

[Tether] claims that for every Tether in the market, it has an actual dollar bill in a vault somewhere.

Let me be clear: I HAVE NEVER BELIEVED THAT CLAIM. That’s why I never recommended the token.

To date, I still haven’t seen proof of Tether’s reserves.

Many people share my misgivings about Tether… but that hasn’t stopped it from issuing more than $2.5 billion worth of coins. Does Tether have $2.5 billion in cash reserves to back that up… or is it just printing its own money at will?

The decentralized revolution is about getting rid of “trusted” third parties. Ultimately, coins like Tether will fail if they can’t find a way to become “trustless.”

(With trustless technology, you don’t have to know or trust the person you’re doing business with. The blockchain records and verifies every transaction transparently. So the system builds trust, by default.)

Back to the University of Texas report… It suggests that more Tethers were issued than had backing by actual dollars. The report makes the case that Tethers were used to prop up—and ultimately manipulate—the price of bitcoin.

Kessler’s article attempts to use the Texas study to bolster his argument that bitcoin is just another balance sheet-driven bubble, like every bubble since the South Sea Bubble of 1720.

He argues that temporarily shifting assets from one balance sheet to another inflates a bubble. When the money runs out, the bubble pops.

It’s the type of argument that initially reads well… but it doesn’t really hold up under scrutiny.

The dot-com boom was a $5 trillion bubble. It seems a bit of a stretch to pin $5 trillion of value destruction on one company’s ad policy.

(The Smithsonian did a great write-up on the Great Tulip Mania and called it more fanciful fiction than a serious financial crisis. You can read the essay here.)

If we poke a little more, we can find more holes in Kessler’s bubble theory.

That’s right… This is the fourth time that bitcoin’s “bubble” has popped.

Were all of those moves manipulated, too?

If they were, then those are the most unique bubble manipulations that I’ve ever seen.

If you bought at the peak of each move, your average “old” peak to “new” peak gain is 9.8 times your money.

How many bubbles do you know that could make you money if you bought at the peak of every move?

I don’t know of any.

I fear Kessler has confused market volatility with market bubbles. Just because something is volatile doesn’t automatically make it a bubble (or mean it’s been manipulated). Bitcoin is volatile… but it’s also very valuable.

Bitcoin is a highly volatile asset—not a fraudulent asset.

And that’s why I have always recommended that my readers keep their position sizes small.

Cryptocurrencies are volatile. So small position sizes will allow you to keep a cool head during extreme periods of volatility, like we’re seeing in the current crypto market.)

It’s the only prudent way to invest in assets like bitcoin and other cryptocurrencies.

Has the issuance of unbacked Tethers manipulated the market higher? It’s possible. I don’t know if we’ll ever really know for sure.

But in the long run, does it really matter? I don’t think it does.

These short-term blemishes did nothing to diminish the long-term value the rail and automotive industries were ultimately creating.

Meanwhile, amid all the manipulation hubbub, we continue to see signs of mainstream adoption of bitcoin and cryptocurrencies.

Contrast that with crypto.

Right now, the crypto market is down 70%. It seems logical that funding for new VC deals would dry up. But it’s not.

VC investment has already doubled from last year, and it’s expected to quadruple by year-end.

The key takeaway is that even with the news of manipulations, government meddling, and massive volatility… institutional money is flowing into this asset in droves.

And what an institution chooses to do with its money will always carry more weight with me than a Wall Street Journal op-ed piece.

P.S. For the first time ever, I have an investment announcement so BIG that I’ve teamed up with media personality Glenn Beck to create a one-off special event. We’re calling it The Great Cryptocurrency Conspiracy of 2018. And it will broadcast live online July 19 from Glenn’s Dallas studios.

When you register for the July 19 event, you’ll get a free copy of my new report, The Crypto Manifesto: Why Cryptocurrencies Are the Smartest Speculation You Can Make Today.

Plus, you’ll have the chance to claim your portion of free bitcoin during the first $2 Million Dollar Bitcoin Giveaway.

You can reserve your seat for this free event, plus get a free copy of my report, by registering right here…

President Trump has mobilized his entire administration to battle this problem by declaring it a National Emergency under federal law. And Congress just approved $6 billion to fight it.

Now a company is joining the battle by tackling one of the biggest problems our country has ever faced. 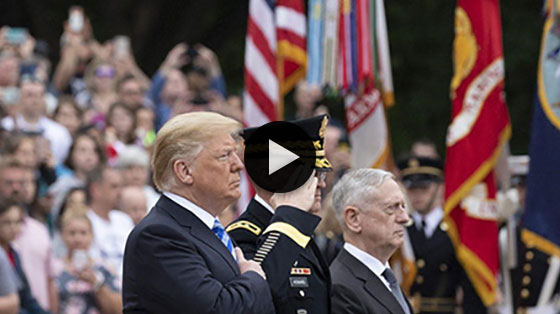