Nick’s Note: We’re always looking for ideas to help you create real wealth safely. And one way to do that is with smart speculations like cryptocurrencies. My colleague Teeka Tiwari has helped more people profit from cryptocurrencies than anyone else. It’s a key piece of his mission to help people enjoy a comfortable, dignified retirement.

To find the best opportunities, Teeka’s traveled over 50,000 miles and put in hundreds of man-hours of research. All that work has paid off with massive gains for our readers, but it also comes at a price…

“Are you cheating on me?”

I just got off the plane from Berlin this afternoon. And I’ve been on nonstop Skype calls since coming home.

I had just wrapped up a video call with one of my Chinese cryptocurrency contacts when my wife confronted me with her suspicions.

I can’t blame her for being anxious. She’s barely seen me since early June…

“Honey, I don’t have the energy for another woman,” I joked.

She’s not amused. And she’s not the only one…

In all my years on Wall Street, I never missed my children’s birthdays. This year, I missed two of them.

Why would I be willing to risk the ire of not one, but three women? (Two of my daughters still live at home.)

That’s because it’s been 22 years since I’ve seen a bull market like the one we’re in now with cryptocurrencies.

I can’t overstate how profound this is…

I won’t blame you if you think bitcoin is just a fad.

Why would you put your trust in a digital construct like bitcoin? On the surface, it seems like madness. It flies in the face of sensible wealth building.

But consider this… Bitcoin is now eight years old. That’s three years older than the internet bubble. It’s outlived the real estate bubble… the financial crisis… and is now worth over $97 billion.

Has the whole world gone mad? Is this just a “hyper” bubble?

We’re Not in a “Normal” World

But we do not live in a normal world anymore…

That’s why I’m writing to you now.

We can thank the relentless power grab by the world’s governments and central banks for making bitcoin and other cryptocurrencies a viable financial product.

As governments impose their will on the population… people will use digital currencies like bitcoin to win back their freedom of choice.

Whether it’s the loss of financial privacy… the devaluation of paper money… capital controls in China and elsewhere… or government-sponsored payment bans… digital currencies like bitcoin are stepping in to bridge the gap between what the people want… and what governments will “let” them have.

That’s why bitcoin is up over 499% this year. It meets a need that no other conventional asset can: freedom and anonymity.

As governments seek more and more control, they’re actually creating a bigger and bigger market for bitcoin and other digital currencies.

As we see governments trample citizens’ rights even further, it will be cryptocurrencies that step in to give us our freedom back.

I’ll leave you with this thought…

If you are a lover of personal freedom, then you owe it to yourself to get educated on how digital currencies can liberate you from the limitations, onerous fees, and stifling government regulation of our current payment systems.

Want a Ticket on This Ride?

Then join me on November 2 for my special 90-minute cryptocurrency emergency briefing.

I’m calling it “The $1 Million Dollar Bitcoin Giveaway.” Everyone who attends will have a chance to claim their portion of this money.

During this event, I’ll have a mystery guest—one of the cofounders of the second most popular cryptocurrency in the market. And I’ll reveal the name of what I’m calling “the next big thing in cryptocurrencies.”

I’ll also be giving away a lot of my best training material for free. So even if you’re not sure cryptocurrencies are for you, I urge you to sign up just to get all the free material, and see what you think. Click here to learn more.

P.S. Next month, I’ll find myself back in Lisbon, Portugal, attending Web Summit 2.0.

I’ll also be spending time with a young couple I’ve written about before. They are very successful cryptocurrency traders and have been a tremendous source for new ideas.

I’ll also be taking a one-week vacation. It’s the first time in 20 years my wife and I will have gone on vacation without the children.

Abenomics to Continue: Over the weekend, Japanese voters re-elected Prime Minister Shinzō Abe. Abe is known for his support of quantitative easing and negative interest rates. Investors celebrated by sending the Nikkei 225 higher for 15 consecutive trading days, one more example of how central bank policies can propel stocks higher.

Bitcoin Blasts Past $6,000: First there was bitcoin, then Bitcoin Cash, and now there’s Bitcoin Gold. Speculators moved money into bitcoin in advance of the Bitcoin Gold “fork” to get a crypto “dividend.” A crypto fork is like a corporate spinoff. If you own bitcoin, then you get equal amounts of the new coin that forks from bitcoin… just like if you get shares from a company that spins off from its parent. This fork sent the price of bitcoin over $6,000 last weekend.

U.S. Credit Downgraded to Neutral: BlackRock downgraded U.S. corporate credit from overweight to neutral this week. The world’s largest money manager made the move because corporate bond prices are rising along with the risk of default. BlackRock prefers corporate junk bonds to U.S. Treasuries because junk bonds offer a higher yield for taking additional risks. BlackRock is shifting its capital to equities. And the company can move the market. It has more than $5.7 trillion assets under management.

After months of globetrotting for cryptocurrency ideas and scouring the stock market for money-making opportunities, our colleague Teeka Tiwari will be soon going on a well-deserved vacation. Where would you suggest Teeka take some time off? Let us know right here…

California’s solar initiatives look great on paper, but the state is now awash in excess solar power that threatens the grid.

Only one solution can save the grid and soak up the excess power: batteries. And one specific element lies at the center of this new battery production. Learn more here… 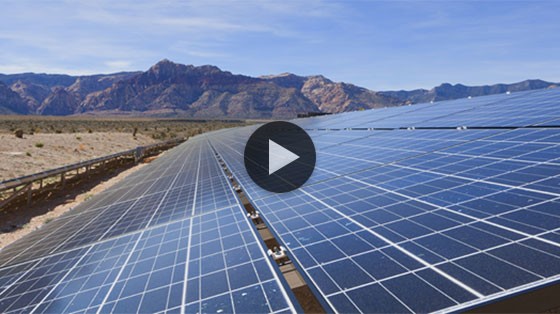