“Sorry, Tim. We’d love to sell you shares. But there’s a line out the door waiting to buy them.”

In 2011, the market was clawing its way back from the depths of the 2008 Great Financial Crisis. 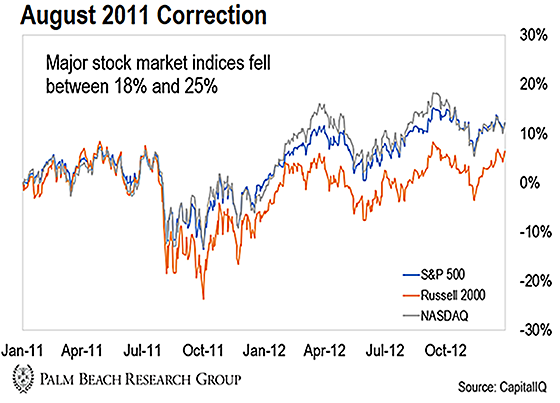 Europe was in the midst of a debt crisis. Global economic growth was uninspiring. And for the first time in history, the United States saw its credit rating downgraded.

Markets feared a double-dip recession was on the horizon. Investors lost trillions.

But those who knew where to look made a killing…

At the time, the hedge fund I co-managed had moved to private markets. We started the fund by purchasing private shares in a small company called Facebook.

You’ve probably heard of it.

The purchase served as our first move into the private markets… so we weren’t as early into the company as we would’ve liked.

But when Facebook went public in May 2012, most of our position quickly doubled.

After the big win, we sold some of our Facebook shares and sat on the capital, waiting to deploy it for the next opportunity.

While happy with our gains, we watched other managers – who got in earlier than us – net returns of 5x, 10x, and even more on Facebook. Next time, we wouldn’t be late for the party.

And I had the perfect date to bring with me…

You see, earlier in 2012, I had tried to add another private social media company to the hedge fund’s portfolio.

But every call I made was met with the same response: “Sorry, Tim. We’d love to sell you shares. But there’s a line out the door waiting to buy them.”

So, I waited… And waited…

And the market continued to struggle. Like today, demand for growth, small-cap, and emerging market stocks completely dried up.

Then, one day in July, I got the call I’d been waiting for.

“Tim, we have shares available. Do you want them?”

Even though I knew better, I was so excited I didn’t even ask how many shares were available – or at what price.

I had already done my due diligence on the company. So I knew the opportunity was worth it.

What’s more, even though I could finally buy shares, the asking price had risen since I first tried to buy the company in March 2012.

Even though the public markets were dropping like a stone… shares in this private company rose. But I didn’t care. I knew the upside was tremendous.

On August 6, only five days after the Russell 2000 saw one of its worst months in history, I signed the deal to purchase $2 million worth of private shares.

At the time, Twitter had a value of around $9.8 billion. That may seem like a high valuation… but our fund was still early to the party.

A Shield Against Recession

They seek ideas that still offer explosive upside… but without worrying about daily price fluctuations.

That’s where private markets come in. They have unique traits that can insulate capital from volatility.

And since their primary focus is raising capital… a good private company will increase its value at a rate that significantly outpaces inflation… and continue to fundraise and grow in times of recession.

The best private companies have built up substantial war chests. They often use that money to buy distressed assets on the cheap. And I expect them to continue the same during the current conflict.

If the market stays volatile, companies can remain private until public offering conditions are more favorable. So private companies have tremendous flexibility.

Studies by research firms like Blackstone and KKR show that private companies not only outperform the S&P 500… they also have lower volatility than publicly traded companies. And they perform better during challenging times.

But don’t just take my word for it…

And the amount of money they’re raising is increasing. In 2021, private equity funds raised at least $733 billion globally, surpassing every previous year on record.

Despite a slow start this year, they’re forecast to raise $952 billion despite the economic uncertainty we’re seeing today…

That’s the kind of protection you have in the private markets.

They’re not completely immune to public market volatility or economic uncertainty… but their private nature and structure mean they’re resistant to much of that damage.

And that same resilience and resistance will protect them from an even bigger crisis on the horizon… a crisis that’s almost guaranteed to impact all of us in the months ahead.

How to Turn Crisis Into Opportunity

If you’ve been reading the Daily this past week, you know that editor Teeka Tiwari has identified an imminent crisis… one that will catch most Americans by surprise…

Teeka has found a private investment that could help you come out of this crisis wealthier than before.

That’s why he’s holding a special briefing this Wednesday at 8 p.m. ET to help you prepare.

During this briefing, Teeka will share all the details of this coming crisis… how one private company plans to solve it… and how you can profit from its success.

You’ll also get a free special report just for showing up… including Teeka’s blueprint for this coming catastrophe… how to protect your family from the crisis to come… and a free stock recommendation that could double your money as this crisis plays out.

It’s a pick that’s crash-proof, inflation-proof, and recession-proof… But you’ll need to act before this catastrophe hits.

So click here to reserve your spot, and join Teeka on Wednesday, August 24 at 8 p.m. ET.

The free report alone will be more than worth your time…