Glenn Beck: Let’s start with something that was in the news. And that is quantum supremacy, right? First, explain what that is.

Jeff Brown: So quantum supremacy has been predicted for decades and decades. It’s the moment at which a quantum computer can outperform the most powerful classical computer on Earth. And right now, that computer is called Summit.

It’s capable of something called 200 petaflops per second. So just imagine football field-sized data centers full of racks and racks of very powerful computers and servers. And the job is simply just to compute the most complex problems known to man.

Google’s quantum computer, meanwhile, is about the size of a refrigerator. It’s not a big computing system.

And the way they tested these two systems is they developed a very complex problem to solve. And the quantum computer at Google solved it in 200 seconds. And Google calculated that it would take the Summit computer about 10,000 years to solve the same problem.

Glenn: So how does that change things?

Jeff: This is absolutely a moon landing.

Glenn: And we just hit it, and it kind of went by and nobody noticed. And this is why I really wanted to have you on.

My frustration is that life is going to change so much in the next 10 years, and it’s either going to be great or it’s going to be horrific. I don’t know which, but I’m excited to find out. But nobody is talking about it.

When I talk to people, I say, “No, you don’t understand. 2030 is going to be a different world.” They can’t process that. So I really want to talk to you about what that world looks like.

[…] How far away are we from quantum computing really making all encryption meaningless?

Jeff: So when people refer to military-grade encryption, it’s called 256-bit encryption. That’s kind of like the standard for security and encryption technology.

Jeff: It will take some time. Let’s say a matter of hours. Maybe more than a day. But loosely, less than 40 hours.

Glenn: And this is our starter set?

Jeff: Right, these are the training wheels. But once you have a functional quantum computer, it’s not a big leap to go from 53-qubits to 256-qubits. And the moment you have 256-qubits, you can crack that encryption software in milliseconds. It’s over.

I can tell you right now, the cybersecurity industry is scrambling because we have a massive problem on our hands. And we haven’t figured out how to solve it. We literally need different methods of encryption and security.

Whoever arrives at it first pretty much controls everything because you’ll be so far up front. And he said, “Don’t worry, don’t worry. The government is way ahead.”

Jeff: Believe it or not, the power and the advancement right now is happening in the private sector. Did you see the proposal from Chuck Schumer?

This was just a few days ago. The proposal said the U.S. government should invest $100 billion into artificial intelligence so that the U.S. could lead.

Of course, you dig in a little bit deeper, and the funds are going to be spread out like peanut butter. Some will go into 5G research, some into quantum computing, and some in cybersecurity and biotechnology. But if they were really serious…

Glenn: If you were really serious, you’d do a Manhattan Project on one of those.

Jeff: There you go. One of my favorites in that space is clean energy, which is nuclear fusion. That’s fusion, not fission. It’s radiation free. That’s what needs a Manhattan Project.

Glenn: How far away are we from a quantum computer solving that kind of a problem?

Jeff: That’s one of the most important use cases for quantum computing. We have to develop the AI that can control the plasma reaction in the nuclear fusion reactor. That’s the biggest challenge that we have today.

And a quantum computer can solve that problem. I’m really excited about that.

Glenn: How far away are we?

Jeff: My prediction is that we will have compact nuclear fusion reactors with viable net energy production within five years.

Glenn: Oh my gosh. What do you mean “compact”?

Jeff: Imagine a nuclear fusion reactor the size of a semitruck that has the ability to fuel 100,000 homes. Completely clean. No radioactive waste of any kind.

I don’t know why we haven’t been investing more in this. The only thing I can think of is that the existing energy industry has been creating friction so that we don’t do this.

Glenn: I think there’s also another movement. I was with GM in 2007, and they let me drive one of their hydrogen cars for a week. It was the greatest.

They didn’t have the right-sized battery yet, but they had everything worked out. I think it was with Shell. They were going to make Shell stations also hydrogen stations. Because you can make hydrogen at night. In the downtime of a nuclear plant, just make hydrogen.

But the first thing the government did after TARP [the Troubled Asset Relief Program] and all that crap was go into GM and say, “Cancel that.”

I only mention that because I think we have been stalking that deer one way or another for a long time. But man’s stupidity, greed, and politics comes into it.

Chaka’s Note: This was just a short preview of the fascinating topics that Jeff and Glenn tackled in their nearly two-hour conversation.

In the full episode, you’ll learn: Why Jeff predicts paper currency will soon disappear… why China isn’t beating the U.S. in the race to 5G… and why Glenn worries the world might not be ready for the power of bleeding-edge technology.

You can catch the full interview right here… 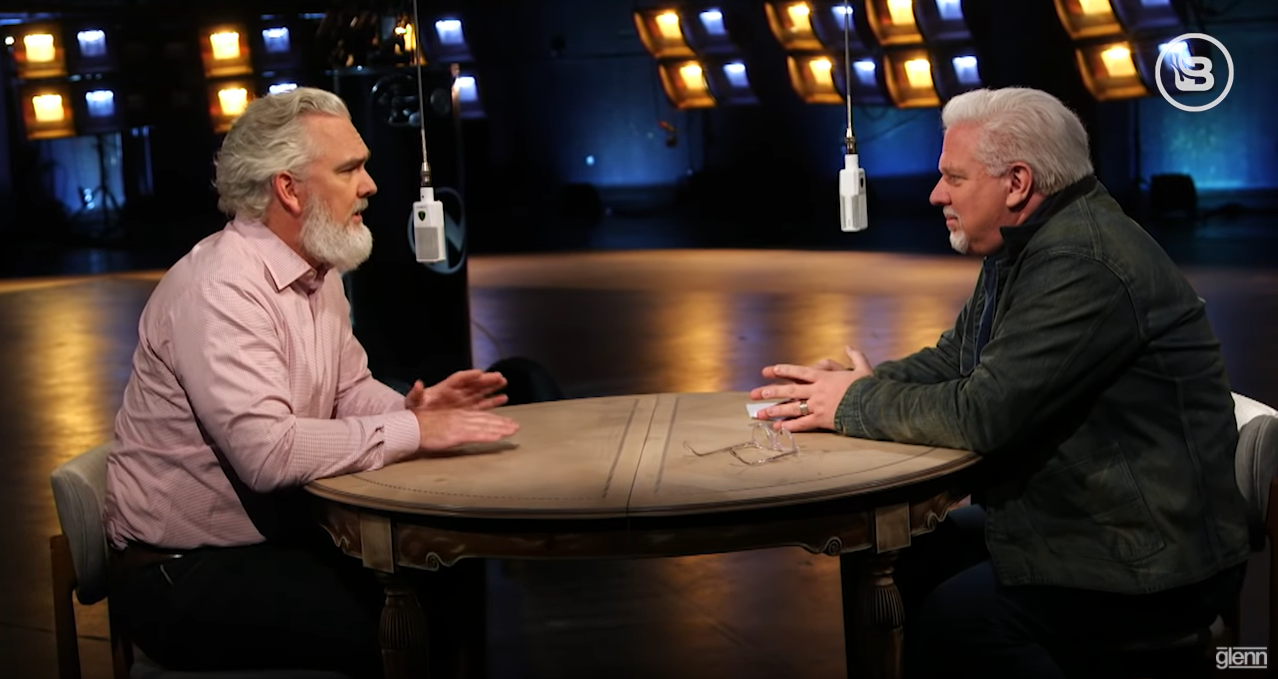