Nick Rokke’s Note: If you want to know what happens when a country abandons free-market principles, Argentina is a cautionary tale. The most recent data shows prices of everyday goods over there rising 50% during the last 12 months. That’s a problem for the Argentines… But it could also become a concern for Americans, too.

So to get the full story of how Argentina-style inflation comes to America, we’re turning to Casey Research’s globetrotting analyst Nick Giambruno. As someone who’s seen runaway inflation in foreign countries firsthand, Nick explains why the same dangerous trends are taking root at home—and shows why now is the perfect time for some wealth insurance…

Imagine if your salary was effectively cut in half every 24 months. That’s the reality for today’s Argentines. Due to inflation, on average, prices are doubling every two years.

Maybe not yet. But the U.S. is following in Argentina’s footsteps. Its shifting demographics are all but guaranteeing it.

This is no small problem.

And millennials are part of a growing majority of U.S. voters addicted to the heroin of government welfare.

An estimated 47% or so of Americans already receive some form of direct government benefit. However, when you include government employees—along with those in the nominally private sector feeding off the government slops—that figure is actually much higher.

This includes defense and other government contractors who win huge, no-bid contracts and provide nothing of value to the private sector. Any honest account of government wards needs to include them.

When you tally up everyone in the U.S. living off political dollars, it’s well north of 50% of the population—a solid and growing majority.

In other words, the U.S. has already crossed the Rubicon. There’s no going back.

Today, radical socialist ideas are flourishing in the U.S. Top contenders for the Democratic presidential nomination are all calling for more freebies: free medical care, free college, free housing, free food, and so forth.

Bernie Sanders, the Democrats’ runner-up for the presidential ticket in 2016, openly ran as a socialist. Once a fringe senator, Sanders is now one of the most influential members in his party. And of course, he’s running again in 2020.

In other words, more people simply want the state to take care of them. They want a savior, and these politicians are simply answering their call.

I think this trend is unstoppable. Argentina proves that once socialism becomes entrenched, it’s impossible to uproot.

The bottom line: There’s no political fix to this problem.

That means one thing is certain: an ever-increasing amount of money-printing to pay for all these government programs.

You may not want to believe that. But putting your head in the sand won’t stop this trend.

I’ve been recommending that my readers be sure they own precious metals like gold.

For thousands of years, gold has been the safe-haven asset. That’s because it’s durable, divisible, consistent, and convenient—and it has intrinsic value.

Physical gold in your possession cannot be easily confiscated, nationalized, frozen, or devalued at the drop of a hat.

Gold is universally valued. Its worth doesn’t depend on any government.

There’s nothing particularly American, Chinese, Russian, or European about gold. Different civilizations have used it as money for millennia. It’s always been an inherently international asset.

Gold is the ultimate form of wealth insurance. For thousands of years, it’s preserved wealth through every kind of crisis imaginable. And it’ll preserve wealth during the next crisis, too.

This is why gold is the traditional “crisis currency.” Although, with the advent of the digital age and bitcoin, people have another crisis currency to lean on now as well.

That said, bitcoin is no substitute for physical gold… nor is it a threat to gold’s value. I still think gold is the best way to preserve wealth over the long term.

But I see bitcoin as a complementary tool for advancing your financial freedom and protecting your wealth.

So I expect both gold and bitcoin to reach not just multiyear highs, but all-time highs… as this all plays out and socialism comes to America.

P.S. As I said above, radical socialist ideas are flourishing in the U.S., and I think it’s an unstoppable trend. But I’m not the only one who thinks so…

I’m about to sit down with Doug Casey, the founder of Casey Research. Doug is a living legend. And he has five “politically incorrect” predictions for 2019 and beyond that he wants to address…

But these forecasts are just too controversial to reveal to you right now. You’ll have to watch the world premiere of what we’re calling Totally Incorrect: LIVE to see it for yourself. It airs tomorrow at 8 p.m. ET.

And if you sign up now, you’ll get to see some “behind the scenes” footage on how Doug has brought in once-in-a-lifetime gains of up to 86,900%. So be sure to reserve your seat right here.

Readers are catching on to gold-backed cryptos (See March 21 Daily, “How Crypto Will Dethrone the Dollar”)…

From Peter T.: A cryptocurrency anchored to gold sounds like a perfect solution as a global currency. The one thing that I’m missing from your discussions thus far is custody. If a currency is backed by gold, then there has to be a gold equivalent stockpiled somewhere.

From Grant R.: Nick, thanks for the great article. I hold some crypto that’s linked to the price of gold.

And others appreciate Teeka Tiwari’s advice on crypto safety…

From Giancarlo R.: Thanks, Teeka, for telling us about how you’re updating your security to prevent hacks. My Coinbase account was hacked. But thanks to your advice, the hackers weren’t able to get to my funds.

From Evelyn L.: Your crypto safety advice is the best I’ve heard of. I am new to crypto and appreciate it. Thank you, Teeka.

Will you be holding gold, bitcoin, or gold-backed cryptos as socialism’s unstoppable trend takes root in America? Let us know your plan right here…

Get a behind-the-scenes look at Doug Casey’s 50-year career as a speculator in Totally Incorrect: LIVE at 8 p.m. ET tomorrow… 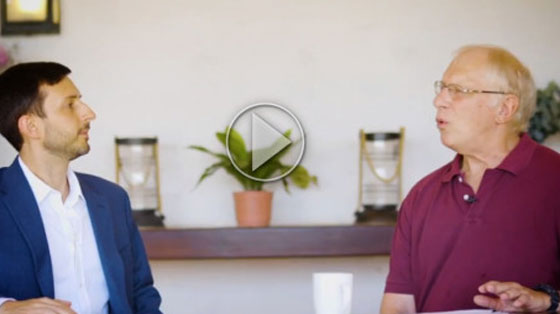