A few months ago, Daily editor Teeka Tiwari and I were in the heart of the Brazilian Amazon.

It was hot and humid, and after traveling miles through thick jungle terrain, we found ourselves surrounded… by billionaires.

To my left was one of the wealthiest landowners and farmers in the world. His agricultural empire is so vast they call him “the Soybean King.”

Across from me sat an accomplished venture capitalist known for 11 key deals that built his vast fortune… and we were discussing his next big investment: “Deal No. 12.”

So how did I end up sitting next to Big T and two billionaires in the heart of the Amazon?

To answer that, we need to go back a few years…

In the spring of 2019, Big T and I set out to do something we had never seen done before.

We wanted to create a newsletter that would bring 10x opportunities to our readers before a company went public. We called them “pre-IPOs.”

You see, a recent legal change opened the doors for us to bring these opportunities to a mass audience for the first time… And we knew that if we harnessed the same caliber of research and due diligence we were known for with stocks, options, and cryptos, we could create something powerful.

But at the time, we had a problem: We had zero contacts in the industry.

So, we set about doing what we do best… we traveled the world, shaking bushes, attending conferences, and asking for referrals as we built our “Private Equity Rolodex” from scratch.

And in June 2019, we finally felt comfortable launching a service around this idea… we called it Palm Beach Venture.

We kicked things off with a recommendation in the legal cannabis space. Our readers got in pre-IPO at 50 cents per share.

That company has since gone public – and our readers have seen gains as high as 263%.

But as we were researching that recommendation, we came across one name over and over…

He’s a venture capitalist (VC) who has a knack for spotting cycles early… positioning himself and his shareholders… then reaping large gains after IPO day.

It was the exact playbook we were looking for.

And as we dug deeper, we noticed he was assembling an all-star cast at different cannabis company in a country notorious for the quality of its cannabis: Colombia.

With the upside at stake, we booked a due diligence trip to the country to dig deeper… Big T and I sat through countless meetings with government officials, bankers, and local growers in three different cities…

We even climbed 8,000 feet above sea level, pausing only to snack on the local delicacy: fried ant ceviche. 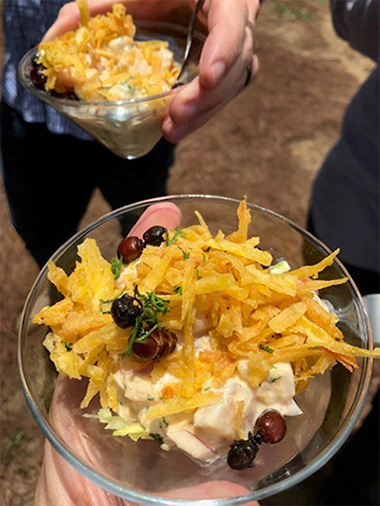 We took copious notes and asked countless questions… Then, we studied the deal, the market, and the team for another six months.

It’s the type of due diligence that sets us apart here at PBRG. We’re not content to merely sit behind our screens and read other people’s opinions. We put our boots on the ground to form our own.

That’s how we ultimately came to recommend “Deal No. 11” to our readers… The legal cannabis company led by the billionaire VC.

At the time, we knew he had done the work, but what happened next shocked even us…

And we had no idea this deal would go on to be the biggest winner in PBV history.

Thanks to the quality of the deal and the dogged determination of the VC’s team, Nasdaq ultimately approved an IPO for Deal No. 11.

It was the first legal cannabis IPO in the history of Nasdaq – and from Colombia, no less… a historic feat.

So then we started analyzing the moves this VC had made since putting the final pieces in place for Deal No. 11… And what we found is what led to me being in the room with the King of Soybeans.

Don’t worry, I won’t regale you with the ins and outs of soybean farming…

But what I will tell you is that soybeans power a massive chunk of the world’s food supply. They are a key ingredient in food and foodstuffs that feed livestock. In turn, this produces the meat protein middle- and upper-class consumers crave.

Brazil is the largest global producer of soybeans… And the Soybean King’s firm is one of the dominant players in this space.

It sells $500 billion of soybeans per year into the global market… But despite the firm’s global presence and capital, it still faces one major problem: access to fertilizer.

You see, as blessed as Brazil is with arable land for farming – its challenged with terrible soil for farming.

And prior to meeting with the VC in today’s story, the Soybean King was forced to import a key mineral of his fertilizer needs for top dollar from Canada or Russia.

But thanks to Deal No. 12, that’s all about to change…

This VC just put the final touches on a ten-year crusade to create a home-grown source of this mythical mineral for Brazil.

This is a game-changer for the Soybean King and Brazilian agriculture as a whole. After all, if they can secure this key resource within Brazil, they’ll save time, money, and be able to efficiently expand their already massive farming operations. 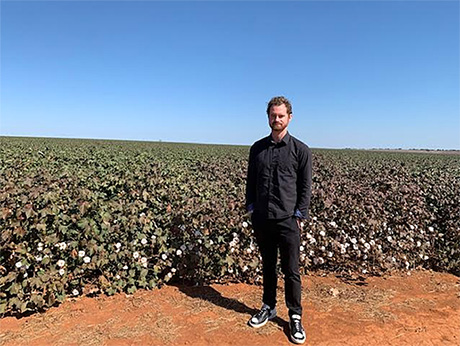 William in front of a cotton farm in Brazil

Now to be clear, it has taken a fortune to get here: millions of dollars have poured in to bring Deal No. 12 to life…

But the company recently hit an inflection point… And for a limited window of time, the VC is opening Deal No. 12’s doors to Main Street investors.

This means you can invest alongside him on a project that could quite literally change the global dynamics of this vital industry – while the company is still private.

This VC plans to list this company on the New York Stock Exchange – the world’s largest exchange. And we project up to 27x gains for the company after it debuts on the Big Board.

But there’s just one problem…

Limited in Time and Size

By law, there are limited pre-IPO shares available to Main Street investors in this funding round… Once that limit is hit, the round will close. No exceptions, no questions asked.

And someone like the Soybean King could write a check to fill this round immediately… So it’s now or never.

The last time we brought a deal like this to our readers, Big T pounded the table… He warned that the deal could fill up in 24 hours.

But he was wrong… It filled up in less than 12 hours.

That shows you the type of demand there is for pre-IPO shares. And it’s not hard to see why.

I would love to tell you more… but Big T has put together a free special presentation explaining all the details.

It’ll only be available for a limited time… so click here to watch.

But be sure to do so quickly – because once the Soybean King is on board, Deal No. 12 could be closed for good.