Nick’s Note: “Crypto Winter” is finally loosening its grip over the market, sending bitcoin 30% higher in the past month.

That’s why I called world-renowned cryptocurrency expert Teeka Tiwari, who said last week that now’s the time to double-down on crypto… And today, he tells me how the crypto space is maturing—and what it means for investors…

Nick: T, bitcoin is surging, and the crypto bear market seems to be ending. How is sentiment in the space changing?

Teeka: Last month, I attended a blockchain conference in Hong Kong called TOKEN2049. It was quite illuminating.

And what’s really interesting was that, unlike last year’s conference—which I didn’t attend, but many of my friends did—there was an absence of hype this time. My friends said last year had a carnival-type atmosphere. But this year was quite different…

Far fewer people attended, and there was a much more somber mood. I had many meetings with lots of different folks serving the cryptocurrency space, and the general mood was quite glum, to be blunt.

Now, I don’t mean to be rude about it—nor do I take joy in other people’s suffering—but I was overjoyed to see that. It’s exciting because removing this kind of carnival atmosphere from the space has been long overdue. And this lack of exuberance told me that prices were probably bottoming.

Nick: And what are we seeing now?

Teeka: Great projects in the space are not only surviving… but thriving, too. They’re executing along their roadmaps. People are now asking better questions and focusing on the underlying technology and use cases of these projects.

It’s just wonderful to see because, in any technologically driven market—whether it’s in the stock market or wherever—you go through these periods of excess. And in the crypto space, this isn’t our first rodeo…

It’s the same playbook today: People come in… Prices get ahead of themselves, and they crash… Everybody thinks it’s all dead and done. But a year or so goes by, and suddenly, it starts to percolate again. Prices explode to higher highs, get overdone, and crash. And you have the cycle all over again.

So that’s where we’re at right now: the very beginning of a new bull market cycle. But here’s what’s interesting about it… Never in the history of this asset class have so many credible players started taking the underlying asset seriously.

Nick: What do you mean by that?

Teeka: You have JPMorgan launching its own internal coin to move capital around. It’s not really a coin; it’s more of an internal derivative. But the fact they’re positioning it as a crypto coin will educate the entire market on the benefit of this technology.

Then, we have Facebook… with nearly three billion subscribers that it’ll now have to train on how to use its crypto coin. Again, it’s not a real cryptocurrency. But the fact that Facebook is embracing this technology’s terminology—and riding the coattails of the interest around blockchain—is very bullish.

Think about it… Facebook will be bringing crypto to mom and pop—a huge global audience that ordinarily wouldn’t be exposed to it. So this is wildly bullish for the whole crypto market.

Plus, the key takeaway I got from my meetings in Hong Kong and Singapore is that we’re seeing many large corporations starting to actively use blockchain technology and cryptocurrencies in different aspects of their businesses.

Nick: So basically, the crypto space is maturing?

Teeka: Yes. Bit by bit, we’re seeing the space mature in front of our eyes. This adolescent is growing into a young adult.

And again, as we look forward to what the catalysts will be in driving the next boom in prices, I think they’ll be things I’ve already mentioned…

For example, this year, we’ll see an exchange-traded fund [ETF]. The Bakkt platform—which is owned by the same company owning the New York Stock Exchange—is coming live this year. And crypto platforms—including one from Fidelity, one of the largest asset managers in the world—will also go live this year.

New financial products built around cryptos that will make it easier to buy, sell, and hold them are on the way… Right now, it’s not easy to open an account, custody your assets, or move your assets around. And that’s been the crypto Achilles’ heel for many years. It’s not rocket science, but it’s work.

And for a financial product to go mainstream, it can’t be work. That’s just the world we live in. Your average everyday consumer just doesn’t want to bother. They want to be able to just hit a button and not have to muck about with 40-word passwords and wallets.

The good news is, we’re getting closer and closer to that time when you’ll be able to buy, sell, store, and transfer cryptos with just one click of a mouse.

Nick: So what should investors do now?

Teeka: When you’re in a bear market, it’s easy to fall into the trap of boredom. People want to see prices go up and up forever—they like the excitement. Markets just don’t work that way, though.

But I promise you, if you can keep the faith, as this next boom unfolds—whether it’s kicked off by an ETF or some new platform launch—the money coming into this market will far eclipse any amount of money that came in before.

The key is: You want to be ready with the right ideas. And in my opinion, the lowest-risk time to get involved with crypto is during this current weakness… because sentiment is still very low. Everybody’s scared for the future—even people who serve this space—and that’s exactly what you want to see.

As I told you last week, we’re starting to see Crypto Winter thaw. Much of the excess has been wrung out of the market—which means the prices we’re getting today are great.

And our job isn’t to get caught up in figuring out the exact day the market will break to new highs. Our job is to take advantage of the cheap prices in front of us right now.

Nick: As always, great advice, T. Thanks much.

Nick’s Note: As Teeka says, the next crypto boom will flood the market with money far eclipsing any amount that’s come in before. And he’s found a new niche market in the crypto space that will generate streams of income when that happens.

Now, you can get the scoop on this opportunity right here in this presentation…

From Alan G.: I’m 55 now, but I started collecting when I was 12. I had an uncle and a cousin who helped me get started. I quit buying gold when it hit $400 an ounce and silver when it hit $10 an ounce. (I had a wife and kids to take care of, plus a mortgage.) But I still have all of it!

From Kirk M.: I’ve been working with a firm for buying my gold and silver which is starting to also dabble in whiskey. That interests me, so I’ve been looking at whiskey as a possible investment now, too.

I’ve been a lifetime member of your service for about a year, and I love it. And please let Teeka know that the goatee looks good!

From Gary B.: I’m a longtime collector and erstwhile part-time dealer (I set up at local and regional coin shows). And I agree that Van Simmons and David Hall are good people.

But since there are many sources for quality, rare coins, it would serve a novice well to do some research on their own, too. They should spend time perusing auction sites… identifying coins with appeal… and seeing what the actual realized prices are after auctions. Only then can they make their own informed decisions on pricing.

Plus, the debate over socialism coming to America continues…

From Robert H.: Ali R. said that “socialism is not wrong,” conflating it with “sharing.” But socialism is not sharing. It’s not sharing when government agents—always backed by men with guns—decide how much they’re going to take from you, keep, and distribute to whomever they choose.

Do you want to weigh in on today’s topics? Send us your comments right here…

When we think of American energy… Texas, North Dakota, Alaska, Oklahoma, and California are the states that come to mind.

But that’s about to change rapidly. America has a new energy haven…

Buried in Lemhi County, Idaho, a new type of fuel can be found that most Americans are clueless about. And while this new energy story isn’t making the news yet—energy insiders are getting set to take this new fuel mainstream… 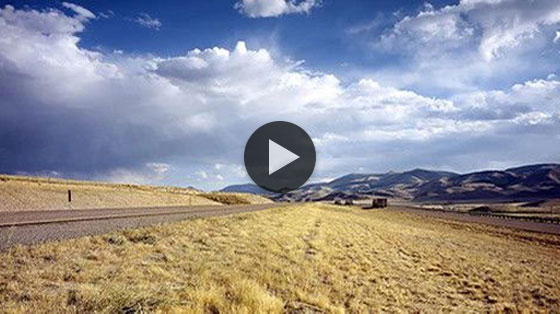