Nick’s Note: Three months ago, I was at an exclusive meeting in Miami Beach with some of the world’s most respected analysts. During the meeting, PBRG guru Teeka Tiwari gave one of the most radical presentations I’ve ever seen.

To be honest, if anyone other than T had presented this idea, I’d have tuned out. Initially, his idea seemed too far out there for me. But I’m glad I watched the entire thing… because when he finished, what he had to say made a lot of sense. This could be one of the biggest ideas you’ll ever read about…

Nick: Morning T. I don’t want to steal your thunder… You say something big is happening in America. Can you tell our readers what it is?

Teeka: To put it plainly, I see a Second Civil War breaking out in America. Now, I realize we’ve heard this before. And when I first uncovered this research, I almost dismissed it as sensationalist clickbait. But I’m glad I didn’t.

This Civil War won’t be a shooting war. We’re not going to have a war between the North and the South on the battlefields of Fort Sumter or Gettysburg. It’ll be an economic Civil War… One in which states could exert their financial independence.

And for the first time, we have the technology to make this possible.

Before I get to the technology, I want to say that all this deeply saddens me.

As a child in the United Kingdom foster care system, I had two dreams… I wanted to move to New York City and then get a job on Wall Street. I moved to New York when I was 16 and got a job at Lehman Brothers one month after my 18th birthday.

America far surpassed my dreams… It’s given me so much. I’ve found opportunity, mentors, love, and friendship here. I can’t convey in words how I feel about this country. It’s everything to me.

I don’t want this to happen. I don’t revel in telling you about this. But this is a huge event with implications that will affect every aspect of our lives.

Nick: Why do you think Americans will want to splinter apart?

Teeka: Ideological differences have never been so dramatic. And the evidence is everywhere. You see it on television news shows… and hear it on talk radio.

But here’s the thing, Nick… I’m not the only one feeling this way.

According to a June 2018 Rasmussen poll, nearly one-third of Americans think a second Civil War will break out in the United States within the next five years.

The Pew Research Center found Democrats and Republicans are more ideologically divided than in the past.

And a Gallup Poll released on July 2—just two days before our Independence Day—found that a record-low number of Americans are proud of their country.

Parts of the country hate the other parts. The coastal elites hate the so-called flyover states. The red states hate the blue states.

This divide is widening, too. California wants to split into three states… They’ll be voting on that this November.

Friends can’t even have a healthy debate about politics anymore. And the political environment is about to get more polarized and more tense.

Earlier, you said that technology will accelerate this divide. Can you explain?

Teeka: As I said, the Second Civil War won’t be a shooting war. It will be financial. And I think states will break away economically through the emergence of state-issued money. Specifically, cryptographic money on the blockchain.

Now, states won’t call this currency. The U.S. Constitution prohibits states from coining their own money. And the National Banking Act of 1863 bans state banks from issuing money, too.

But there’s a loophole in the law. States can issue bonds backed by revenue.

Right now, every state issues revenue bonds. These bonds typically trade in $1,000 increments. That could change.

With blockchain technology, states can issue bonds in increments of one cent or even smaller. People would be able to trade these bonds 24/7… So it would be similar to having cash.

Twelve of the wealthiest states in America are pushing through legislation that will allow them to create their own money. And state lawmakers in California and New York are already pushing bills that would fund the study of state-issued cryptocurrencies.

These coins would be backed by state revenues, such as taxes.

So if you pull back and see where the trajectory is going… You’ll see things like Cali-coin in California, Weed-coin in Colorado, and Oil-coin in Texas.

This will give people an alternative money to invest in.

Nick: Who would use these coins?

Teeka: If you’re a large sovereign wealth fund and you’re looking for somewhere to park your money, you’ll choose U.S. Treasuries because they are the safest assets in the world.

But I think the smart money manager will move their safe money from Treasuries to these cryptographic bonds.

This will drain money away from U.S. Treasuries… And the ultimate result will be the decline of the U.S. dollar. Its value will quickly erode if state-issued money catches on.

Nick: As an investment analyst, that absolutely terrifies me. It’s something I hope all our readers prepare for… What can they do to protect themselves?

Teeka: You can protect yourself by diversifying out of the dollar. Increase your gold holdings or even consider holding some cash in a foreign currency.

If you want to take advantage of the situation, there are two things you can do:

Nick: Thanks T. As always, I appreciate you taking the time to share this warning.

Nick’s Note: Polling data shows that the United States is a divided nation… 1 out of 3 Americans think we’re headed for a Civil War soon… And a record-low number of citizens are proud of their country.

What do you think is causing the division? What should the country do? Tell us right here…

Each month, we update our Elite 25 portfolio. We remove stocks that are too expensive and replace them with stocks that meet our three criteria for elite status.

This month, Natural Health Trends continued as the biggest winner, gaining another 13%.

On the downside, the two biggest losers were consumer discretionary stocks: Starbucks and Hilton Grand Vacations—both down 14%.

(Note: The Elite 25 system sometimes removes and adds the same companies more than once. When companies become too expensive, they’re sold. If they become cheap again, the system automatically reacquires them.)

They’re hosting a live event on July 19 during which Teeka will reveal three FREE cryptocurrency recommendations.

You’ll also learn how you can claim a share of the $2 million bitcoin giveaway.

Get the details from Teeka and Glenn below… 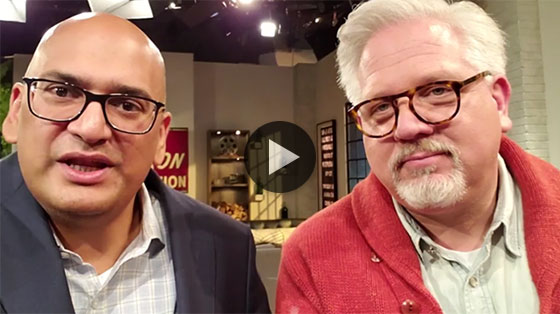