Nick’s Note: On Mondays, we run the latest insights from world-renowned cryptocurrency expert and former hedge fund manager Teeka Tiwari. It’s a feature you can only find here at the Daily.

In October, stocks were more volatile than bitcoin. Yet, you won’t find much written about this in the mainstream financial press. Today, Teeka tells us why this changing narrative is bullish for bitcoin…

Nick: T, it seems like the shoe is on the other foot now. Volatility in the stock market spiked last month. Meanwhile, bitcoin is relatively stable.

Teeka: The stock market was roughed up last month. The broad market was down nearly 10% in October.

Some individual stocks fared even worse. The so-called FANG companies are in bear market territory.

Facebook and Netflix are both down about 30% from their July highs. Amazon fell 25% in October. And even Google’s parent company Alphabet briefly fell over 20%.

But bitcoin has been stable—trading within a narrow, 8% range.

In fact, Bloomberg recently reported the 10-day volatility spread between global tech and internet stocks and bitcoin is at record highs.

In other words, stocks have been more volatile than bitcoin—with potentially more wild price swings ahead for stocks.

Nick: In the past, investors considered cryptos to be riskier than stocks, so they were hesitant to buy them. But a new narrative is emerging on Wall Street: Cryptos can actually reduce the volatility of your portfolio.

Why is the story changing now?

Teeka: The mainstream financial press is just catching on to this “new” narrative. I’ve been telling my readers about it for nearly a year now.

But let’s begin with the old narrative…

Asset managers make big money by holding on to your money as long as possible. This way, they can keep milking you for annual fees.

They deliberately try to tamp down volatility to lull clients into a false sense of security. When values swing around too much, clients get scared and start to pull out of their investments. Wall Street hates this.

Bitcoin was extremely volatile in its early stages… So it didn’t fit neatly into the Wall Street profit model. But that’s changing.

Study after study is showing that bitcoin is uncorrelated to other assets.

Nick: Can you explain what you mean by “uncorrelated”?

Teeka: Sure. Correlated assets move together in price direction. For example, large-cap companies usually move in the same direction as the S&P 500.

Assets with inverse correlations move in opposite price directions. For example, when the U.S. dollar goes down, gold prices usually go up.

Nick: Why is that important?

Teeka: Wall Street is starting to realize that the price of bitcoin is unrelated to the price of gold, stocks, bonds, or commodities.

In that context, bitcoin’s volatility goes from being a foe… to a friend.

A recent study by Bitwise Asset Management concluded that allocating just 1–10% of your portfolio to bitcoin gives better risk-adjusted returns than just holding only stocks and bonds.

This is Wall Street’s “Holy Grail”—an uncorrelated asset that performs well under diverse market conditions… and can maintain its ability to rise at the same time.

Nick: What will happen when Wall Street realizes bitcoin can act as a “Holy Grail?”

Teeka: We envision Wall Street’s pitch will be that by allocating 5–10% of your portfolio to bitcoin and other cryptocurrencies, you can actually bring down volatility.

I made this case in December 2017. I said we’d eventually see an endowment or pension fund add bitcoin to its portfolio to smooth out volatility.

And that just happened. Last month, we found out Yale University’s endowment made an investment in cryptocurrencies.

Yale has the second-largest university endowment in the country, only behind Harvard University.

Now that this has happened… watch out. Wall Street and other endowments will grab on to the “uncorrelated” narrative and run with it like a dog with a stolen pork chop.

Nick: That’s a good way of putting it. So why do you think this will happen?

Teeka: Because I’ve seen it happen before…

At first, they’re considered weird investments. Then, a new narrative takes hold, and institutions start using them… and legitimizing them. Before long, everyone on the Street is using them, and we’re in a full-fledged mania boom.

It will be the same for bitcoin and the entire cryptocurrency market.

The new narrative is slowly beginning to take hold. If it’s anything like what we saw during the great junk bond boom of the ’80s or the massive internet boom of the ’90s… we’re headed into a period of massive gains.

Just think about this… There’s almost $280 trillion of wealth in the world, including $100 trillion in the global stock market.

Nick: Thanks for your time, T.

Nick’s Note: You can send your questions or comments to Teeka right here…

A new technology will hit the mainstream starting November 14…

And when it arrives, it will change every aspect of our lives, from the cars we drive… to the doctors we see… and even the way we work.

Even if you never invest a dollar in this tech, get the full story so you’re not caught off guard. Go right here. 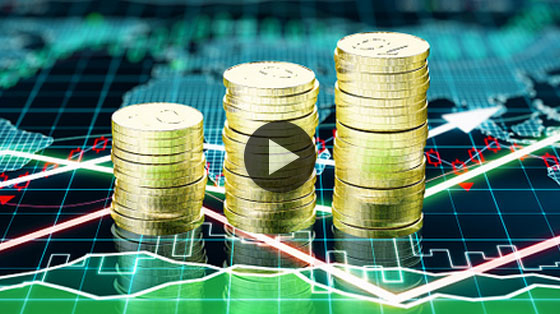