Nick’s Note: If you follow the mainstream media, you’ll find plenty of bitcoin skeptics and naysayers still out there. But what you likely won’t hear from them is that bitcoin is one of 2019’s best-performing assets so far.

So what’s behind this resurgence? Well, I called up world-renowned cryptocurrency expert Teeka Tiwari to find out…

Nick: T, bitcoin is breaking out to yearly highs. How much higher will it go?

Look, I’ve been saying all along that bitcoin would come back. Remember, it’s a boom-and-bust asset. There’s nothing we’re seeing now that should surprise us.

Every few years, bitcoin drops 80% and then later breaks out to new all-time highs.

And after last year’s 84% drop in value, we’re now on the other side of that volatility—where the big moves will be to the upside, rather than the downside.

Nick: What makes you think that?

Teeka: The technicals. You see, bitcoin just put in a “golden cross”…

And if you look at long-term charts of bitcoin, you can see that it finally broke its downtrend line of the last 18 months. That’s very bullish. It tells us we’re at the beginning of a new uptrend.

Nick: So how high do you think it’ll go?

Teeka: Nearly each and every time bitcoin has broken out of its medium-term downtrend and started a new uptrend, it’s made a new all-time high. That goes for the entire crypto market as well.

Nick: And when do you see this happening?

On a serious note, though, the key thing I want everyone to understand is the recent technical action suggests bitcoin will hit a new high again.

It could be the approval of the Bakkt platform or an exchange-traded fund—or even a monetary crisis—that’ll cause bitcoin to hit new highs. No one can answer that question just yet.

But if you’re asking me whether bitcoin is in a bullish uptrend and whether I think the downtrend is over… then my answer to both is yes.

Nick: You said 2019 would be the year of Wall Street greed. That’s when big-money investors would pile into cryptos and push prices higher.

Have you seen any evidence of this happening?

Now, these are the smartest, most well-connected people in the space—and they’re buying up bitcoin. So that’s a bullish sign. Plus, the same report also says bitcoin has the best long-term risk/reward of any liquid asset.

To paraphrase, it said bitcoin’s fundamentals are gaining momentum.

For example, bitcoin is being embraced by millennials, and its ecosystem is developing at a rapid clip. More importantly, it’s becoming an uncorrelated, highly liquid financial asset for institutional portfolios around the world.

And I’ve been saying all this for months now.

As word spreads through Wall Street that even just a 1% portfolio allocation can improve risk-adjusted returns, wealth managers will add a little bitcoin to their portfolios—just like they do with gold.

When that happens, bitcoin will be a multitrillion-dollar asset class.

Nick: Despite all the bullish signs, there are still plenty of skeptics out there who think bitcoin is worthless. What would you say to them?

Teeka: Well, they’re the same kind of people who were saying in 2003, “Internet stocks will never amount to anything.”

Back then, internet stocks had just crashed 90% over the past three years. And these critics said the internet was only for cat videos.

Yet, they were wrong. And I believe they’re wrong again with bitcoin.

Now, I’m not saying we should bet the house on bitcoin and cryptos in general. My stance on crypto investing is that you should take small bets across many different projects—just a few hundred dollars is enough.

This way, it’s not a binary bet in which you either lose everything or double your money. Instead, it’s an asymmetric bet where, if we’re right, you can make 1,000% or even 10,000% on your money. And the most you can lose is 100% of a small position.

Nick: And do you have any other advice for crypto investors right now?

This setup won’t last forever. So I urge everyone to get into bitcoin and crypto in general. And I recommend you do so quickly. Because the tides are turning. And as we saw in 2017, a tsunami of profits can happen very quickly.

Nick: Great. You’ve got me excited as always. Thanks, T.

Nick’s Note: Are you doubling-down on the crypto resurgence? Let us know right here…

And if you want to hear more of Teeka’s advice in person, you’ll have the chance to do so at our second annual Legacy Investment Summit. We’ll be sharing our newest research on cryptos, the tech sector, commodities, and our best wealth-building strategies for 2020 and beyond.

Plus, for a limited time, you can secure your tickets for hundreds less than what everyone else will pay. You can find out how right here.

From Stanley R.: I don’t think President Trump has taken his policies over and beyond. He’s just a businessman in an office that has generally been occupied by attorneys and politicians. He’s no Boy Scout, but he’s simply moving forward as he would do in business.

From Larry C.: I believe that working and getting along with others is important. It’s something our children and grandchildren need to value. I’ve seen the results of bullying just for the sake of it.

From Mikio H.: Far from being an idiot as Judy S. claims, President Trump is making great strides in getting our country back to respecting the rule of law. His policies are currently keeping our country afloat. Although the massive debt created over decades will have to be accounted for at some point in time, I’d rather have a businessman leading us out of it rather than a political hack.

From Dick S.: President Trump is exactly what this nation needs now. Our enemies—foreign and domestic—hate being identified for what they’re not! They have no loyalty to anything but empty lies. Like all enemies in the past, they’re eventually doomed to their own failure and destruction.

Did you see our Wall Street insider’s special presentation?

He unveiled his own breakthrough trading system—which can spot the market’s fastest-growing stocks up to 30 days in advance. (In fact, it’s already identified a small tech company in the 5G space that could be a triple-digit winner in just a few months.)

And if you want to see potential returns as high as $9,385 in one trading day, there’s still time to get access to his system. Find out all the details right here… 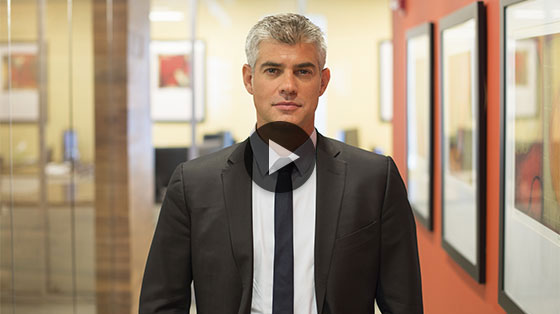