Nick’s Note: Market volatility remains the major financial storyline as we enter 2019. Just last week, Apple warned that its sales would come in short this year, sending the market 3% lower.

Personally, I think all this bad news is creating a buying opportunity. But I wanted to get the take of someone who’s seen this picture before.

2019 marks the 30th year PBRG guru and former hedge fund manager Teeka Tiwari has been involved in the markets—and he’s seen quite a few cycles during that time. If anyone knows whether the market is headed for a downturn, it would be Teeka…

A couple of weeks ago, FedEx warned of a global economic slowdown. Manufacturing activity in China is slowing down. And last Thursday, Apple lowered its revenue guidance for the first time since 2002. The market dropped 3% on the news.

Do you think we’re heading into a recession?

Teeka: That’s the big bet of the year… Will we avoid a recession or not? And your strategy changes depending on what you think the answer to that question is.

If you think there’s a recession coming, you’ll want to put your money in cash and bonds. If you do that, you’ll do well during a recession.

I don’t think we’re going to see one, but we’ll most likely see growth slow down. And when you’ve been growing like mad, a slowdown can sure feel like a recession.

The investment difference is that a slowdown is temporary. It’s usually caused by a short-term event that kicks off growth again once it’s resolved.

I welcome these short-term slowdowns because they create wonderful buying opportunities.

Teeka: There are two potential headwinds we need to consider…

The first is rising interest rates.

Some investors are concerned that rising rates will affect the profitability of U.S. businesses. I don’t think they’ll have much of an impact—at least, not until we see the 10-year Treasury yield go significantly higher.

The current yield of about 2.7% is still historically low. So I’m not worried about rising rates dinging corporate earnings—even though other people are.

Remember: On Wall Street, perception is everything.

And here’s another thing to remember… Wall Street’s perception is very often wrong.

In late 2011 and late 2015, Wall Street became convinced a recession was imminent and marked stocks down 20% and 15%, respectively.

Those were two amazing buying opportunities. Then, like now, I think Wall Street is acting too fearful about rising rates.

Teeka: It’s President Trump’s ongoing trade dispute with China. And that’s a very real problem. If that can’t get fixed, it could cause a global recession.

If you’ve got to make a bet on whether President Trump will willingly drag the U.S. economy into a recession, you’d have to say, “No, he won’t do that.”

Being the dealmaker he is, we’re confident he’ll cut a trade deal with China and avert a global recession.

Nick: Why do you think President Trump will get a deal done with China?

Teeka: China needs to get a deal done. Its economy is struggling.

The Caixin/Markit Manufacturing Purchasing Managers’ Index is a private survey of Chinese manufacturing. The independent group that conducts the survey released its results last Tuesday.

The index came in at 49.7 for December 2018, down from 50.2 in November. That means manufacturing contracted last month.

China is used to growing its economy 6–10% per year. And with manufacturing contracting, that won’t happen. That’s a problem for Chinese leaders.

Trump is really playing the game with the Chinese. He’s putting massive pressure on the Chinese economy. He’s leveraging everything he can to get a better trade deal.

A lot of people don’t like President Trump… and of course, that’s their prerogative. Not every politician has a personality we like. But President Trump is 100% correct about resetting the U.S. trade relationship with China.

We have to draw a line in the sand somewhere. And if we get a new trade deal, America will come out much stronger. Politically, Trump can’t have a stalemate—he needs a decisive victory.

And China needs to play ball with Trump. So I think we’ll see something this year.

Nick: What if you’re wrong about a recession? What’s the worst-case scenario for the stock market?

Barring a “black swan” financial crisis, I would say the worst-case scenario is the Nasdaq and S&P 500 could fall another 7–8% from their recent lows. Certainly not pleasant, but not an end-of-the-world, 2008/2009 crash, either.

We call these moves down “cyclical bear markets.” They’re cyclical because once they’re over, the market moves to new highs again. This is different from a secular bear market, in which each bear market produces lower lows.

The playbook in a secular bull market is simple… Use pullbacks to buy into the best companies and stock indexes you can find and just wait for the bull market to reassert itself.

After a cyclical bear market—like we’re in now—you typically have to wait between nine and 18 months to hit new highs again.

Nick: So how are you dealing with his pullback?

Teeka: Last week, I read an article that quoted finance professor Jeremy Siegel. He wrote the book, Stocks for the Long Run.

Siegel is a great long-term thinker… And in the article, he said that if we avoid a recession in 2019, we’ll have a great year for equities. I agree with him.

When the S&P was down at 2,350 around Christmas, I was buying stock index exchange-traded funds [ETFs]. My largest investment allocation this year will be to U.S. equities.

The trailing price-to-earnings [P/E] ratio shows how much investors are paying for $1 of last year’s profits. Right now, the trailing P/E ratio is 17.02. Based on that, the markets are close to their long-term average of 16.56.

So stocks are close to being fairly priced right now.

Nick: What specific sector do you like right now?

Teeka: I like mid-cap stocks. These are companies with a market cap between $2 billion and $10 billion. And they’re actually trading about 8% below their historical averages—making it the cheapest portion of the market right now.

So if readers agree with me that we won’t have a recession in the U.S., that’s one way to play it.

But everyone needs to remember, the market won’t go straight up. I believe the S&P 500 needs to string together a couple of closes above 2,630 to mark the end of this downturn. At this time, it’s still around 2,500.

So things might be bumpy over the intermediate term, but we should be back at new highs within nine to 18 months.

Nick: Great advice as always, T. Hope you have a great New Year.

Nick’s Note: If you’re thinking of adding mid-caps to your portfolio, consider the iShares Core S&P Mid-Cap ETF (IJH). It’s the most liquid ETF in the sector. 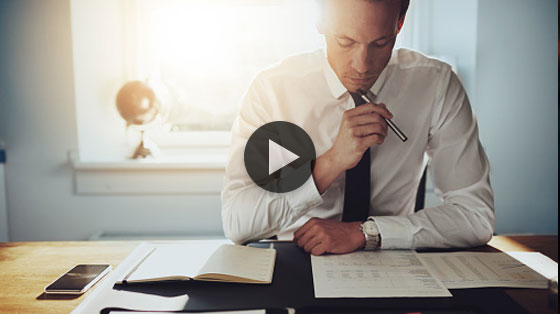