The first policy area he pointed to was infrastructure. And so far, he’s been spot-on… For instance, the Industrial Select Sector SPDR Fund (XLI) is up 20% this year. That outperforms the S&P 500, which is only up 16.5% in the same time.

And in today’s interview, Teeka tells me the second industry that’ll profit from President Trump’s revenge…

Nick: T, last month, you told me President Trump has enacted policies that can make investors a lot of money. Can you give us a quick recap?

Teeka: Sure. It’s all part of what I call President Trump’s “payback playbook.”

The president’s foes have tried everything to get him tossed from the White House. We’ve seen subpoenas, investigations, and even calls for impeachment.

Yet despite that, the economy is strong right now. And that’s mostly due to President Trump cutting back taxes and needless regulations—while also making the U.S. more business-friendly.

Now, he knows he needs the economy to remain strong if he wants to beat his opponents and win another four years in the White House. So he’s enacting policies to keep the economy humming along.

And there are four major ones we think will unlock a lot of growth in the economy—which will be good for the stock market… and ultimately, investors as well.

Nick: Can you give us an example?

Teeka: Well, as I told you before, the biggest part of Trump’s plan is spending $1.5 trillion on infrastructure.

He’s even reaching across party lines to rebuild the country’s crumbling highways, railways, and ports. In fact, there’s bipartisan support for this policy; Democrats are on board…

And one company my team is looking at in this industry is engineering and construction firm AECOM. It’s up 26% year-to-date.

Nick: Now, you’ve said there are three other policy areas President Trump is focusing on. Can you name them?

Teeka: Of course, I’ll share another with you today…

Plus, he wants to add a U.S. Space Force as the sixth branch of the armed forces. The Defense Department even has a five-year plan to establish it—with 15,000 members at an annual cost of around $500 million.

So this spending increase will be a tailwind for defense and aerospace companies.

Nick: But didn’t President Trump once say wars are a waste of time and money?

Teeka: Yes, he did… He’s even tweeted that we should pull U.S. troops from Syria and Afghanistan. But things always seem to change once these anti-war candidates take office.

I think the generals sit them down, saying that there would be an attack on U.S. soil if they didn’t get military funding… Or maybe these guys just like having the power of the world’s strongest military behind them.

But remember, during his campaign, President Obama also said he’d bring our boys home if elected. And he won a Nobel Peace Prize for saying that.

Yet he didn’t end any wars. In fact, he upped the ante in a lot of the engagements we’re still in by authorizing untold numbers of drone strikes. So it seems no president can resist military spending…

Plus, you’re branded as weak if you say you’ll cut defense spending. And many voters find that sentiment anti-patriotic—especially if you’ve never served in the military. It would be political suicide.

So at this rate, I don’t think military spending will ever get cut. As investors, we have to deal with this reality.

Nick: And how can investors make money off this trend?

Teeka: Since it’s unlikely President Trump will cut military spending, defense companies have a “presidential put” under them. In other words, the profits will always be there because no president will cut off that funding.

And defense companies are crushing earnings expectations on the upside. Their profits appear to be accelerating across the board. For example, TransDigm—a key supplier to major aerospace company Boeing—is up over 40% year-to-date.

Now, we have several companies on our radar… including Lockheed Martin, one of the biggest defense firms in the country.

The company recently achieved an earnings trifecta by beating both revenue and earnings estimates, on top of raising forward guidance. So that’s a good sign for it over the next 90 days.

But that’s just the tip of the iceberg…

Nick: Thanks for taking time to talk today, T. We always enjoy hearing your take.

Nick’s Note: With his policy plans underway, President Trump is not only settling scores against those trying to oust him from office… he’s also setting up his 2020 re-election bid by continuing to strengthen the economy.

And Teeka and his team have identified the industries that could give you the chance to turn $250 into an absolute fortune. You can find out how to profit from them right here.

Plus, let us know: Will the president’s policies earn him another term in the White House? Or will they backfire? Send us your take right here.

Some of the best-kept money-making secrets on Wall Street have nothing to do with crypto, blockchain, or any typical stock investment. In fact, hedge funds even use them to make fortunes for their high-net-worth clients.

And if you want to learn more about these elite methods and how you can grow your wealth with them, just click right here… 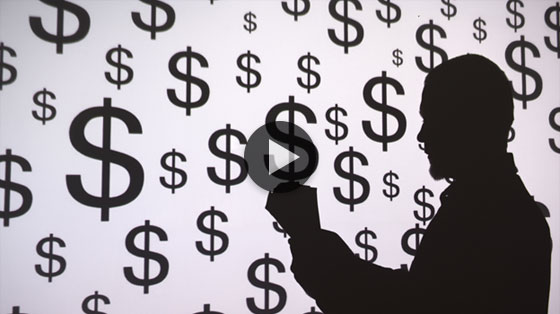