Nick’s Note: Over the past month, PBRG guru and former hedge fund manager Teeka Tiwari has been telling Daily readers how to profit from President Trump’s major policies.

The first two areas Teeka mentioned were infrastructure and defense. But this week, Teeka’s off to an undisclosed location in Canada—where he’s researching a new, non-crypto idea. He tells me this idea will be huge. So stay tuned…

And with Teeka off investigating the next big thing for subscribers, I caught up with Grant Wasylik—chief analyst on our flagship newsletter, The Palm Beach Letter.

Grant’s been working closely with Teeka on ways to play Trump’s “revenge.” And he shares their final two policies that’ll make money for investors…

The first two areas he told me about were infrastructure and defense. But before you share the last two, can you bring readers up to speed?

Grant: Sure… Our main thesis is: Certain industries will get a huge inflow of capital because of policies President Trump is enacting. And no one—not even his opponents—can stop him from implementing them.

Trump’s foes have tried everything to oust him from the White House. We’ve seen subpoenas, investigations, and even calls for impeachment.

Yet despite that, the president is still executing his agenda. And his policies are lifting the markets, too… The economy is soaring due to lower taxes and fewer regulations.

Of course, you could simply invest in a fund tracking the market and just do okay. But people turn to PBRG to find opportunities that’ll outperform the market.

And that’s exactly what Teeka and I have been looking for.

Nick: Great. Now, can you name the final two industries that’ll benefit from these policies?

Grant: They’re finance and sports betting. Let me start with the financial sector…

In 2010, President Obama signed the Dodd-Frank Act—which came in the wake of the 2008 Great Recession. The law created a host of new regulations for banks.

And it’s been a colossal failure… In fact, the Dow Jones U.S. Select Regional Banks Index has underperformed the overall market since the law was enacted in July 2010.

You see, Dodd-Frank destroyed small banks, restricted access to credit, and actually made the large banks larger. So now, the financial system is actually more unstable.

But President Trump has repealed many of the senseless regulations. And he’s eased regulatory burdens on small- and mid-sized banks.

The basic idea is that regional banks should thrive. After all, that’s where many Americans do their banking.

And now, these banks can lend more with lower compliance costs—which will show up at their bottom lines. In turn, these banks will have more money to pay dividends and buy back their own stock.

Nick: So how can our readers capitalize on this trend?

Grant: Well, Palm Beach Letter subscribers should check out our playbook on Trump’s revenge. In it, Teeka and I identify three of the best regional banks set to profit.

And if you’re not a subscriber, you can consider the SPDR S&P Regional Banking ETF [KRE]. But if you do buy this exchange-traded fund, be aware that you’re holding bad banks along with the good ones.

For obvious reasons, I’d rather hold only the good banks.

Nick: That makes sense. And what’s the final sector ready to thrive under President Trump?

And President Trump already knew how important this massive trend would be. After all, he’s owned several casinos. So it’s something he supported.

Now, the ruling has opened the floodgates to sports betting. Earlier this month, Montana became the ninth state to legalize it. And another 35 states have bills in the pipeline.

Nick: So how big will this trend be?

Grant: According to the American Gaming Association, people illegally bet at least $150 billion every year. And that doesn’t include all the new money that’ll enter the market because of legalization.

Let me tell you a story…

Back in college, I was a volleyball player. And in my senior year, my roommate was the quarterback of the football team. We were two big jocks who lived for sports.

Naturally, we wanted to make some money off our passions. So we got introduced to a bookie and started making bets.

We went on an incredible 19-game winning streak. But the bookie refused to pay us everything we were owed. And there was nothing we could do about it because it was illegal.

Now, this won’t happen in a regulated environment. You’ll have legal recourse if a licensed bookie doesn’t pay out your winnings.

And we think a lot more people will begin betting on sports when it becomes legal in many states.

Nick: How can readers gain exposure to this trend?

Grant: We’re still in the early days of sports betting. So there’s no simple way to get broad exposure—yet.

A lot of people will buy casinos to play this trend. But I’m not sure that’s the best bet. Once legalization takes hold, we’ll see a wave of sports betting apps pop up.

Not everyone wants to fight traffic to go to a casino, and then have to walk through the smoky slots floors to get to sportsbooks.

So Teeka and I are looking at other opportunities—companies making the technology for the apps that’ll become the oddsmakers. To me, these are the most exciting plays.

Nick: Thanks for talking to us today, Grant.

And if you’re not a PBL subscriber, you can learn how to get your copy—including the 12 companies on their watchlist—right here.

Meanwhile, tell us if you plan on investing in any—or all—of these industries right here. 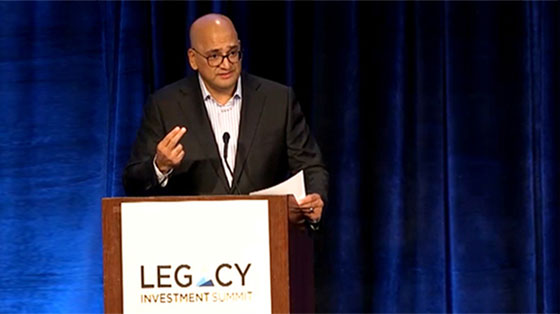 I want to share some exciting news with you: I’d like to invite you to be my guest at the second annual Legacy Investment Summit in southern California during September 23–25.

I’d love to get the chance to shake hands, chat, and hear your stories. Plus, you’ll get to attend presentations, cocktail hours, and other events with me, my analysts, and some of our industry’s biggest investing legends.

Click here to find out how you can accept my invitation at a discount before May 31.