Nick’s Note: It’s been a volatile few weeks with the markets zooming up and down. I wanted to know what’s going on, so I called PBRG guru and former hedge fund manager Teeka Tiwari to get his thoughts. In today’s interview, Teeka tells me what’s behind the volatility and how to defend yourself against it.

Teeka also vents about government overreach in a particular sector of the market (not cryptos), and how you can take advantage of it right now…

So why is the market going down?

Teeka: Yeah, it seems crazy that with all this good news, the market is going down. But here’s the thing… The market knows about all these great fundamentals.

Investors know the earnings reports. They know the valuation of stocks. And they know the market is usually strong in December. This information is widely known.

The fact is, the economy is still strong. But that obviously doesn’t matter. The market is still going down.

I think it’s due to something called the “Beauty Contest Analogy.”

Nick: Can you tell our readers what that means?

He used the example of a fictional newspaper beauty contest. In the contest, entrants would choose the six most attractive faces from 100 photographs. Those who picked the most popular faces were eligible for a prize.

But to win this contest, you can’t just pick the faces you think are most attractive. You have to pick the six faces that everyone will pick… You’re trying to judge the crowd.

The same thing happens in the stock market. People generally know the economy is healthy and companies are doing great. But they’re guessing how other people will react to market events.

Now, we can look at the facts saying that we should be bullish and the market should go up. But that’s my interpretation. That’s not the market’s interpretation right now.

So we have to try to figure out what the market is thinking.

Nick: What do you think the market is worrying about right now?

Teeka: I think it comes down to two main things: the pace of interest rate hikes and Wall Street’s perception of the pace of the hikes.

Last week, Federal Reserve Chair Jerome Powell made some dovish comments about interest rates. He said rates are “just below” neutral. That means at current levels, interest rates won’t have a negative or positive effect on the economy.

I don’t think it’s all that dovish…

First, “just below” is a relative term. Wall Street might have a different interpretation of “just below” than he does. And no one knows what the “neutral” rate is. It’s a theoretical level where interest rates neither help nor hurt the economy.

Wall Street is going to catch on to the possibility that interest rate hikes will likely continue. That could be a headwind.

I’ve mentioned before that the economy can handle higher interest rates. But we don’t know if that’s what the market will think. And if enough people believe rising rates will slow down the economy, stocks will sell off.

Nick: That makes sense. So what about trade war fears?

Teeka: People are worried about tariffs grinding the economy to a halt. I’m not, but the market is… And like I said before, it’s important to know what the market thinks—even if it’s wrong in the long run.

Now, this isn’t the first time the market has fallen on China trade war fears.

Back in the second half of 2015, the Chinese yuan dropped 10% against the dollar. Politicians accused China of manipulating its currency… and said we should sanction the country. Fears rippled through the market about a slowdown in trade.

Despite a healthy economy at the time, the market tanked 15%… recovered… and then tanked 15% again.

But the trade war never materialized, and the market took off.

Nick: So what do you think people should do now?

Teeka: The market is really worried about interest rates and trade wars.

Just like in 2015, I think the market might overworry to the downside, then recorrect to the upside. That’s why I don’t think we should sell all our stocks and go into cash. But there’s nothing wrong with getting defensive.

Your advice that people should get into safe, dividend-paying consumer staples is very good.

Personally, I’ve been buying more tobacco stocks. They just got hammered by recent news that the Food and Drug Administration [FDA] wants to ban menthol and flavored cigarettes.

And how dumb is the FDA? I feel the need to vent a little here… The FDA says kids will try these cigarettes and get hooked at an early age.

I doubt that’s true. But let’s say it is. Why isn’t it talking about banning flavored vodkas or rums? Kids might get into their parents’ liquor stashes and make delicious cocktails… or stumble across a bottle of Boone’s Farm… and then they’re hooked.

It’s absurd. I really hope this government overreach stops. It needs to let people make their own decisions.

So there’s nothing wrong with using this weakness to get into safe, dividend-paying stocks.

Nick: Couldn’t agree with you more. Thanks for talking to us today.

They’ve combined their resources and joined together as Legacy Research.

And to celebrate, we’re holding an unprecedented special invitation: For a short time, you have the chance to try EVERYTHING we publish, without paying the usual subscription fees. 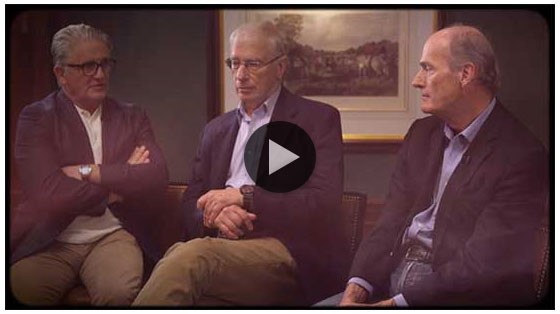