Nick’s Note: Threats of a trade war between the United States and China are rattling the markets. Last week, I showed you a way to protect yourself if a trade war erupts. But I also wanted to get a big-picture view of what’s going on… and more importantly, how it will affect your portfolio…

That’s why I called up former Wall Street executive and PBRG’s very own Teeka Tiwari. Few people understand the intricacies of trade better than Teeka…

Nick: T, we were emailing back and forth about the potential of trade war breaking out and I thought you had an interesting angle about what’s going on. But before we get into the trade talks, what’s your take on free trade?

So, trade is a good thing. But when trade is unfair, it’s not so good.

China puts tariffs on many U.S. products. Like cars, for instance. Any American car that goes to China gets hit with a 25% tariff. That puts American carmakers at a huge disadvantage in the Chinese market compared to Chinese automakers.

I saw an article that said a Jeep Wrangler—which retails for $40,000 in America—costs $71,000 in China. That difference is mostly due to tariffs.

China also requires any U.S. company that builds a plant in China to create a joint venture with a local company. These American companies must share their latest technologies with local partners… which then use that technology for their own profits.

Those are just two of the unfair trading practices coming out of Beijing.

Now, I believe in treating people well. And I do that. But if I go up to someone and he smacks me in the face every time, eventually I’m going to strike back.

That’s what America is doing right now. We’re fighting back against China, which has smacked us in the face over and over again on trade deals.

Nick: So you’re saying President Trump is just responding to China dinging us on trade?

Teeka: Yes, he absolutely is. Otherwise, we’d be putting tariffs on everything. But that’s not what he’s doing. He’s putting tariffs selectively on some goods. To me, it looks like he’s trying to even the playing field.

It’s something we should have done years ago. But we’ve had weak leadership that was scared to fight back.

Our politicians and trade representatives have gotten us into terrible trade deals. Now, our international companies have to fight with two hands tied behind their backs.

It’s no wonder our trade deficit is exploding.

Nick: I agree with you there, T. I’m glad we’re doing something to even the playing field. But there’s no denying that this trade war talk has rattled the markets. How do you think a trade war would affect the stock market?

Teeka: I’m not worried about a full-scale trade war breaking out. I think President Trump is posturing for a backroom deal later this year.

But the market is discounting a trade war. That brings me to one of the biggest mistakes professional investors make. They try to figure out what every headline means for the market.

All you should do when looking at the markets is look at the big picture. And the big picture is that President Trump’s tax cuts have spurred the economy. We’re seeing employment, wages, and profits rise.

All of these are incredibly bullish for stocks.

Nick: Thanks T. As we say in the office, “BTFD—buy the freaking dip”…

Nick’s Note: Stocks should come out of this trade spat roaring… and that’s great news for Americans’ retirement accounts.

But there’s an even better way to help build your retirement income. It’s one that less than 1% of investors have ever heard of… but Washington’s elite use without fail.

To learn more about this program, and how you could bring in over $11,000 a month using it, click here…

Today, some insights on the crypto market…

Hi Teeka. Just listened to the April 10 Palm Beach Confidential video update. Beside government and investment institutions’ actions, there’s another validation of the long-term role of cryptocurrency in our future…

Living in Silicon Valley, I’ve joined local crypto meetings, some generating from Stanford. It’s been astounding to discover how top universities are creating curricula for students to engage in the evolution of cryptocurrency. Schools such as Stanford, Wharton, Georgetown, NYU, Princeton, Duke, and MIT are in it for good reason. Not tinkerers—they are innovators who advance the adoption of new ideas.

Crypto courses across multiple disciplines are being offered through Business & Management, Computer Science, and Engineering departments. Stanford has even offered an engineering lab for students to learn how to rewire internet services on the basis of bitcoin. And globally, the University of Nicosia in Cyprus is offering a Master of Science degree in Digital Currency.

Bitcoin may bottom even lower, yet will rise as cream. Let the Game Come to Us.

Again thanks for these updates of encouragement… I keep slowly adding to my positions instead of selling, even with my account having dropped almost $2 million because I trust your judgement and doing my own deep-dive to verify what you are telling me…

After all, you and your team are the reason I had made this money in the first place in less than a year’s time… God bless you.

Hello, Big T. Just a note to say thank you for all the effort you constantly put into researching the crypto market for us all.

We’re all on hold here, waiting for the crypto market to get out of the bottom and head for the top. May God go with you and bless us all for our diligence.

I really, really, really appreciate all of the correspondences from Teeka. From my view, he can never overdo it. He provides such precise, valuable, and rational information.

How are you preparing for the next crypto run that Teeka and his readers see coming?

One small group of dedicated readers are up 83%, on average, thanks to Dan Ferris’ recommendations. And now, they’re placing their stake in a very important stock.

Dan’s calling this “the first 20-bagger in Stansberry Research’s history.”

You only have until midnight tonight to learn what it is. Get the details right here, before time runs out. 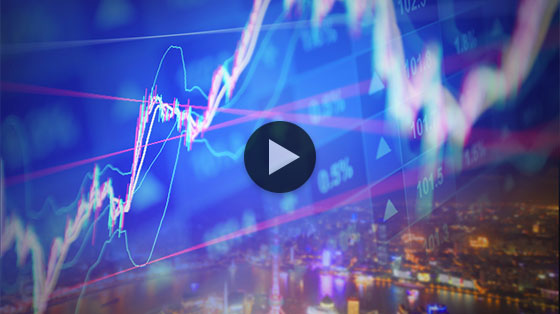