While the mainstream media focuses on day-to-day price swings, Teeka was in New York looking at the big picture. And he’s uncovered two new developments that will kickstart bitcoin’s next run higher…

Nick: T, how was Consensus?

Teeka: It was crazy. This year, there were over 8,500 people. I was at the first Consensus in 2016. There were maybe 1,000 people… and they were all suit-wearing bankers.

Last year, there were a few more people… about 2,500. It was a full event then. This year’s attendance smashed that record. And that doesn’t include the hundreds of vendors who were present.

It was a zoo. All the presentations were standing-room only. I was standing elbow-to-elbow with thousands of people.

And the after-parties were bigger and louder this year. I was at one party where rap star Snoop Dogg performed on stage. It was wild.

Teeka: Well, I’ve never been to a Snoop Dogg concert before… But I don’t go to these conferences to have a good time.

I go to find the next cryptocurrency that’s going to skyrocket and make Palm Beach Confidential subscribers another fortune.

Nick: Let’s cut to the chase. What’s your best investment idea from Consensus?

Teeka: Nick, you’re not going to believe it… But my best takeaway from the conference is that bitcoin is wildly undervalued.

Nick: No way, bitcoin is your best idea?

Teeka: I’m serious. I’m more excited about bitcoin than anything else after the conference. There are two reasons for this.

First, the Lightning Network is coming soon, and it will lower transaction costs significantly.

But let me back up and explain the Lightning Network.

The Lightning Network will allow some transactions to take place off the bitcoin blockchain.

It’s a great idea because not every $2 transaction needs to be recorded on the blockchain. That’s just incredibly inefficient.

The Lightning Network will drive transaction costs down to one-millionth of a penny per transaction. It will be virtually free to make transactions. Merchants will love it.

This is all part of the natural evolution of a technology.

No technology has ever started out super user-friendly. Right now, people are saying bitcoin is too expensive and inefficient. Look, people said that about computers back in the 1980s.

And computers have become a lot more user-friendly since then. We have gone from seeing just text and a cursor onscreen to hypertext language to streaming movies and video games. None of that was possible on my 48 kB computer.

Nick: Yeah, I remember getting my first 1 GB hard drive. My neighbor said, “No one will be able to use all that memory.” Today, that’s not even enough to install Windows.

So what’s the second reason that makes you think bitcoin is undervalued?

Teeka: There’s another new project out there by blockchain development firm RSK. It’s working on a method to put smart contracts on the bitcoin platform.

A smart contract is a computer program. You write the terms of the deal into computer code. And the smart contract automatically executes the agreement when the terms are met. You don’t need a third party, like a lawyer or agent.

Consulting firm Capgemini estimates that the investment banking, retail banking, and insurance industries can save a combined $39 billion annually by using smart contracts for settlement, mortgage loans, and insurance claims.

By the end of the year, we expect to see 10 million of these smart contracts. Within the next five years, that number could reach the billions.

To put that into perspective, it took six years for the internet to scale to 10 million websites. After 20 years, we’ve just reached one billion websites.

So you can see how big this trend will be…

Once RSK rolls out its protocol, developers will be able to create smart contracts using the bitcoin blockchain. That’s very exciting.

Nick: Why is that?

Teeka: Bitcoin has one huge advantage over all other cryptocurrencies when it comes to smart contracts—it’s immutable.

(It would take at least $1.5 billion in equipment and at least nine months of time to even try to hack it. And that doesn’t even account for the electricity costs, which run in the hundreds of millions of dollars.)

Once you write data onto the bitcoin blockchain, it’s there forever. It can’t be tampered with. No other blockchain can say that with the certainty that bitcoin can.

Another word for this tamper-proof feature is “immutability.”

It’s immutability that gives bitcoin its value. With the emergence of cheap, fast transactions (via the Lightning Network) and smart contracts (via RSK), the stage is set for bitcoin to experience a surge of app development similar to what we saw with Ethereum last year.

We’re going to see an explosion of app development take place on the bitcoin blockchain. And that new usage will push up the price of bitcoin.

Nick: That’s exciting stuff. Where do you see bitcoin’s price by the end of the year?

Teeka: People are going to call me crazy… But I think bitcoin hits $40,000 this year.

Nick: That’s a bold prediction. I look forward to seeing these new developments play out. Thanks again, T.

Nick’s Note: Teeka’s held only one crypto event this year… and those who watched it and followed his recommendations had the chance to make over 1,300% in four weeks.

Teeka’s told me that he’s temporarily re-releasing this broadcast. You can watch the special event right here…

Our friends over at Casey Research say it could be the most profitable tax clause in decades.

They say 141 million taxpaying Americans could be handed a “gift” in 2018 by exploiting this overlooked clause. Learn more here… 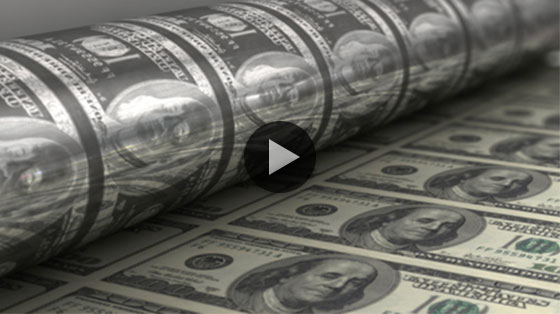