Nick’s Note: 2017 was a banner year for Palm Beach Research Group subscribers. We posted gains of more than 1,000% (and in some cases, tens of thousands) on multiple cryptocurrencies. We’ve even minted some new millionaires. And the man who made all that happen was Teeka Tiwari.

Teeka is the face of PBRG and a world-renowned cryptocurrency analyst. Last year, he identified the big trends that would send bitcoin to new highs. Below, Teeka tells me why he thinks we’ll see a bitcoin exchange-traded fund (ETF) launched soon… and how that could turn 2018 into a record-shattering year for the entire crypto market…

Teeka: Yes, 2017 was a great year for bitcoin and the entire crypto market. But 2018 is gearing up to be an even more transformative year.

One of the major trends I told you about last year was the tidal wave of institutional money headed into bitcoin. And that’s already started to happen.

Last month, the Chicago Mercantile Exchange (CME) and Chicago Board of Options Exchange (CBOE) launched bitcoin futures and options products. Massive institutional money has flowed into bitcoin since then.

But that’s just an appetizer…

The CME and CBOE just paves the way for what I think will be an even bigger event. And that’s a launch of a new bitcoin exchange-traded fund (ETF).

And that will be huge. An ETF will make it as easy to buy bitcoin as it is to buy a stock. With just one mouse click, you’ll own bitcoin.

Nick: Do you really think a new ETF will bring more people into the crypto market?

Teeka: More people will absolutely buy bitcoin if there is a one-click ETF.

You’re 100 pounds overweight and the doctor tells you that you need to lose that weight. And he says, “We’ve got a plan. You’re going to have to restrict calories, walk more, and lift some weights. And you won’t be able to eat those greasy bacon cheeseburgers and fries anymore. But the good news… you’ll be in great shape in a year.”

How many people are going to do that? Not many.

That’s what it’s like when you ask people to invest in cryptos. Sure, they know bitcoin is going up in value… and it’s a good idea to buy it. But they don’t know how to invest.

Or if they do, they don’t want to set up a new account with an exchange and give the exchange their bank info.

And then they have to worry about how to safely store their bitcoin… or about accidentally sending their bitcoin to the wrong address and losing it forever.

It’s a pain to buy bitcoin now… and even harder to buy other cryptos.

That’s why many people aren’t buying… In fact, one poll found that even though 88% of them have heard about bitcoin, only 2% own it.

That’s because it’s too much “work” for most people to buy. And that’s why people don’t get into shape either… It’s too hard.

Nick: How will an ETF change all of that?

Teeka: Now, imagine that same doctor told you he had a pill you needed to only take once. And if you took the pill, you could lose all the weight you want and be in great shape. You’d wake up tomorrow in perfect health.

Everyone would take that “skinny” pill.

And that’s what’ll happen when people can buy bitcoin with a click of the mouse. It’ll be so easy that everyone will do it.

Nick: Will a bitcoin ETF boost other cryptocurrencies, too?

Teeka: Look, what’s good for bitcoin is good for all cryptos.
Bitcoin is like a “gateway drug.” Once you buy some bitcoin, it sucks you into the crypto world. And you’re going to want to buy more.

So, all these newcomers to bitcoin are also going to eventually want to buy other cryptos. And they will demand other products… like a crypto index fund.

Nick: That’s exciting stuff. Recently, you said bitcoin would reach $25,000 by the end of next year. With the recent run-up to $20,000, do you want to revise your price target?

Teeka: No. I don’t want to revise that yet. But I will say this: As soon as an ETF begins publicly trading, I will revise that target.

It’s going to be so easy to buy bitcoin that all the money on the sidelines will come in.

It’s going to become a portion of just about everyone’s asset allocation. But here’s the thing… there just aren’t enough bitcoins to go around.

Now, there are 35 million millionaires in the world. Most of these guys are going to want a bitcoin in their portfolio. But there is a problem… There are three times as many millionaires as there are bitcoins. So, they all can’t have one.

Long story short… everyone is going to try to squeeze into this market… And the price will skyrocket once it becomes easy to purchase.

Nick: Sounds like 2018 is going to be another great year for Palm Beach Research Group subscribers. Thanks for taking the time to talk to us today, T.

P.S. Teeka has been helping subscribers turn tiny grubstakes into millions of dollars—sometimes in less than six months—with his Bitcoin Millionaire Master Plan. The best thing is you don’t need that much money to start—only as little as $75.

The Bitcoin Millionaire Master Plan is a complete, step-by-step multimedia guide to becoming the next crypto millionaire. And you can get the book now for $4.95. Order your copy right here…

The U.S. Department of Defense, China, Harvard, MIT, Stanford, and three famous billionaire investors are all eagerly anticipating this announcement.

Found out what it is right here… 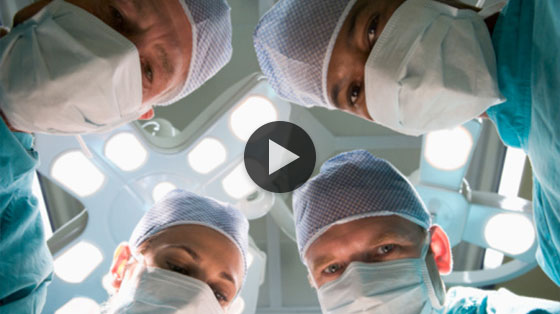