Nick’s Note: At Palm Beach Research Group, one of our goals is to help you achieve a dignified retirement. That’s why today we’re turning to longtime PBRG friend Bill Bonner, who wrestles with the question of what to do if you’re retired (or headed there) and are short on money.

What should you do if you are running out of time and money?

This is the question we get from readers over 50… over 60… and sometimes over 70.

We baby boomers were famously saying “Na… na… na… Live for today.” Now, it’s tomorrow. And many of us—often through no fault of our own—are having trouble making ends meet.

In the Diary, we write about the world of money. About economic policy and how it affects us.

But what if, in your world of money, you are running short? What should you do to get more?

Check under the seat cushions? Rob a bank?

Sell your body for medical experiments? Invent a new app?

Sophisticated trading systems and expensive investment programs are not a good idea if you fall into this category.

They are for people who have money already. If you have money, want more, and enjoy the thrill and challenge of financial adventure, they can be highly lucrative.

But what if you don’t have money already?

We don’t know anything more than anyone else on the subject. We don’t have any secrets. But after thinking about it, we have some ideas.

This is not advice. This is just what we would do if we were in that situation…

First, we would go back to philosophy—Democritus, Epicurus, Zeno, Seneca, Marcus Aurelius, and Lucretius (not to mention Jesus of Nazareth!).

They argued—albeit in different ways—that what matters in life has little to do with wealth or status. What matters (at least according to Plato’s description) are courage, wisdom, justice, and temperance.

We would add beauty and dignity. And a good wine. And a good cook. But nowhere on the list is a Rolex or a house in Malibu.

The nice thing about Plato’s list… as well as the whole Epicurean/Stoic/Ascetic creed… is that it doesn’t cost much!

As many philosophers and religious teachers have said, wealth may get in the way of the things that matter. It may distract you and reduce your real happiness.

You may be better off without it…

We are not ducking the question. We are just putting it in context.

If you want more money, you first have to understand what you want it for… and how it might affect your life.

Our goal is not to “come to terms” with financial misery. Nor is it to submit to poverty—even happily. Instead, we want to master poverty… to live better.

As Nietzsche put it, we aim to “set to dancing with arms and legs.” And for that, we need context.

Next week—a simpler, better philosophy… and how to use it to get more money!

Nick’s Note: The typical U.S. family can’t raise even $400 for an emergency… and the last census recorded 110 million Americans receiving more or less permanent “welfare” assistance from the government.

Bill says the source of today’s economic unrest is not the free market, race, the “One Percent,” or President Trump. And it’s not due to a lack of money or some rich guy having too much.

Bill’s top technology expert, Jeff Brown, made some great calls in 2017, including the rise of virtual reality, genetic editing, and even the explosive gains in cryptocurrencies.

Now, Jeff is making his first big prediction of 2018. He says this could be the most profitable tech investment of the new year. Details here. 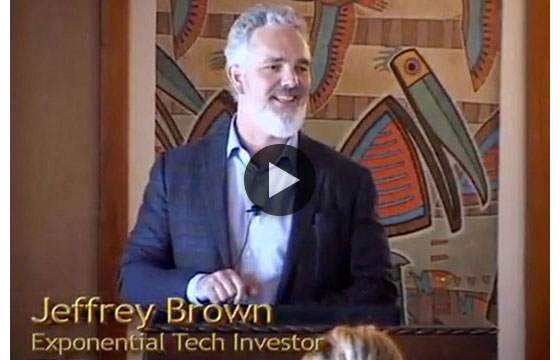