You’d never guess it just by driving through… but legend has it that the little town of Quincy, Florida was once the wealthiest city in the United States.

A couple of days ago, I headed west on Interstate 10 through the Florida Panhandle during my most recent tour of the country.

I made it a point to pass through Quincy—a 25-mile drive west from the state capital of Tallahassee.

It’s a sleepy town of around 8,000 people, with historic buildings, restaurants, and shops. Several are on the National Register of Historic Places.

But I didn’t pass through to learn about the historic buildings… I wanted to learn how Quincy became one of America’s richest cities. In the 1940s, the rumor was that Quincy residents were the wealthiest per capita in the U.S.

They didn’t get rich from the town’s fertile farmland—even though it has some of the most fertile soil in Florida. (The city is known for growing shade tobacco used to roll cigars.)

And they didn’t get rich from a big industrial operation… casino gambling… or tourism, either.

They got rich from one of the world’s most recognizable brands: Coca-Cola.

According to his daughter Julia, “Daddy liked the taste, and he figured folks would always have a nickel for a Coke.”

And Pat urged the city’s residents to buy Coke’s stock, too. When they came into his bank for loans, he encouraged them to take out extra money and buy shares. Some estimates say 67 folks did just that…

And legend says they became millionaires.

Here’s why I’m telling you Quincy’s story… Investing in quality companies that throw off income is one of the surest ways to get rich.

Constant cash flow has helped Coca-Cola pay a consistent dividend, providing steady income for investors—no matter what happens in the market. Even to this day—99 years later—Coca-Cola is still paying out a dividend.

The people who followed Munroe’s advice and bought the initial public offering paid just $40 per share—a great deal at the time.

If they had held on to just one share and passed it down to their descendants, it would’ve grown into 9,216 shares (accounting for share splits over the years). Those shares would be worth about $461,000 today—a 1.1 million percent gain.

But that return is nothing compared to what they would’ve made if they’d reinvested their dividends in Coke shares.

According to my estimates, if they’d reinvested the dividends, their fortune would be worth about $12.5 million today—or $12 million more than if they hadn’t.

No one knows for sure how many millionaires Pat Munroe helped make. But the story is a major part of the town’s identity. And it continues to hold an important lesson for today’s investors…

The Next Big Opportunity

Coca-Cola is the dividend growth story of the past century. Nearly 100 years ago, Coke was a young, upstart company. That’s not the case anymore.

Most investors probably don’t know this… but many cryptocurrency projects pay out the functional equivalent of “dividends.”

These “dividends” provide payouts without having to touch the underlying capital or assets. That makes them an extremely attractive income option for investors.

World-renowned cryptocurrency expert Teeka Tiwari has been following these crypto income opportunities for a while… And during his travels, he uncovered a small group of investors who always make money in the cryptocurrency market—whether it goes up, sideways, or down.

These crypto projects need adopters to increase their network sizes. As the number of users grows, so do the networks. That’s the network effect. In return, some of these projects pay “dividends” as an incentive to attract new supporters.

As mentioned before, crypto dividends are paid in more cryptocurrency. But that’s the appeal. Remember how much richer those Coca-Cola investors could’ve been by converting their dividend payments back into shares?

Right now, the crypto bear market is giving us an opportunity to buy digital assets on the cheap. So consider buying crypto projects that pay out “dividends.” As the market rebounds, these assets will appreciate and throw off even more income.

Always remember, cryptos are very volatile. So never bet more than you can lose. (We recommend $200–400 for smaller investors and $500–1,000 for larger investors.) And make sure you do your homework before investing in any project.

P.S. Teeka says that the current sell-off in the crypto market has unearthed a very profitable opportunity. It’s a niche in the market that can make investors a lifetime of income as the market recovers.

It might not seem like it… But all of the volatility in the crypto market has unearthed a new opportunity.

Right now, there is a small group of investors collecting income in the crypto market—whether it’s up… down… or sideways. It doesn’t matter.

You can learn exactly what this group is doing right here… 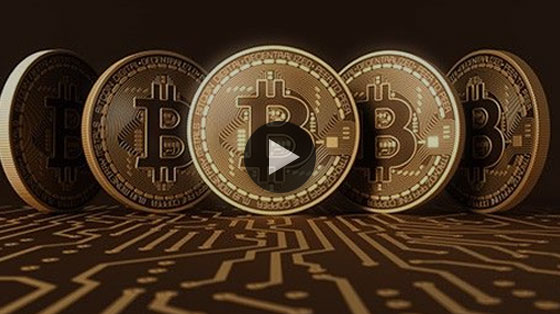