Many consider Warren Buffett to be the world’s most successful investor.

He’s used his business acumen to build an estimated net worth of $84.7 billion… making him the world’s second-richest man (behind Amazon founder Jeff Bezos).

How did he make all that money?

By following his No. 1 rule: Never lose money.

At the Daily, we’re always looking for money-making opportunities.

Some of them will be short-term speculative plays that can generate life-changing gains in a few months or years, such as cryptocurrencies.

But the bottom line is you can’t make money off these opportunities if you’re losing money on your investments.

In today’s essay, I’ll show you which types of companies will help limit your losses while growing your portfolio.

They’re not as exciting as high-flying tech stocks. But if you’re patient, these “untouchable” companies will help protect your wealth over the long haul.

Whenever you take a loss, you need to gain a larger percentage back just to break even.

The key to not losing money as an investor is to find great companies that you can hold for the long run. These companies may go down in price… But you don’t have to worry because you know they won’t fall that much… and will eventually rebound.

This is the strategy Buffett uses.

Before he invests in a company, he tries to determine if the company will be around for a long time. During the annual Berkshire Hathaway shareholders’ meeting in 2017, Buffett explained what he looks for:

We sort of know it when we see it. It would tend to be a business that for one reason or another we can look out five or 10 or 20 years, and decide that the competitive advantage that it had at the present would last over that period.

Buffett has benefited from this strategy time after time. For example, he spent more than $1 billion on Coca-Cola stock in 1988.

The company grew nearly 16 times over the ensuing 27 years when accounting for dividends… despite the market going through several crashes during that span.

Buffett knew that people would still buy soft drinks and use banks no matter what happened in the markets. And he was proven right—time and again.

One way to protect (and grow) your capital for the long haul is to add what we call “untouchable” stocks to your portfolio. These are stocks that you’ll never lose sleep over.

We wanted to find the best “untouchable” stocks out there… So we looked for companies that hadn’t dropped more than 10% in a calendar year over the past two decades.

A 10% drop is generally considered a crash. So these companies hadn’t crashed during an entire year—even when the overall market crashed.

Of the approximately 12,000 stocks we looked at, only 21 passed the test. That’s about 1 out of 600 companies stable enough for us to consider “untouchable.”

(Note: Johnson & Johnson has had pullbacks of greater than 10%… but it has never declined more than 10% over a calendar year.)

You can probably expect similar returns over the next 18 years…

Johnson & Johnson will be around for a long time. Do you think people will still need Band-Aids, Tylenol, and baby powder 20 years from now? If so, it’s probably a good investment.

The same goes for the other companies in our list. These are the five largest to make our cut of “untouchables”…

These businesses make or produce things that people need: food, paint, electricity, etc. And like Buffett said, we know they’ll be around in 10 or 20 years.

On top of that, they all pay dividends… And all but Ball have raised their dividend payouts every year for more than a decade.

In fact, Johnson & Johnson has raised its dividend every year for 53 consecutive years. That’s consistency.

The next time you’re looking to make an investment in a safe security, consider these “untouchable” stocks.

And always remember, do your homework before investing in any company.

P.S. There’s no simple way for regular investors to find “untouchable” companies. But if there’s enough interest, I’ll have the PBRG team dig deeper. Let us know what you think right here…

David Forest, a professionally trained geologist, has visited over 23 countries… but one of his most stunning finds is here in America.

David discovered a rare fuel source buried in the ground in Idaho that he calls “Brandt Oil.” It could change the energy landscape in the U.S. for good…

We’ve asked David to discuss what he’s uncovered about this new fuel source. You can access it here… 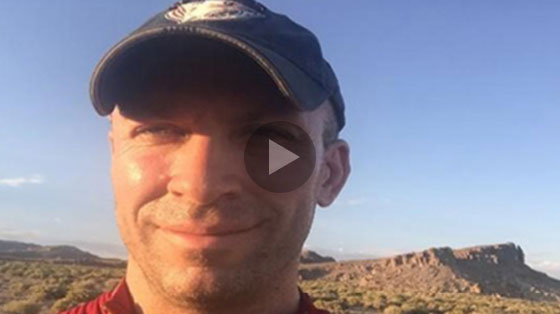