After the meeting, the president tweeted:

Trump and Juncker agreed to halt any new tariffs against each other as they negotiated a new free trade agreement.

Talks with China are back on as well…

According to a July 31 report by Bloomberg, Treasury Secretary Steven Mnuchin and Chinese Vice Premier Liu He are talking privately to avert a full-scale trade war.

China wants to resolve the trade war quickly… Its economy is weakening, and it recently loaned $74 billion to banks to help bail out local governments.

I expect we’ll hear about a trade deal with China in the next couple of months.

The timing fits perfectly with my theory that President Trump is setting the stage for major trade deals going into November’s midterm elections. I called my theory “Trump’s Trade War Master Plan.”

As I wrote on July 10, “Those deals should set off a market rally for the ages.” That’s why you need to prepare your portfolio today.

I’ll tell you what to do in a moment. But first…

How the Master Plan Works

For those who missed my initial write-up, let me bring you up to speed…

President Trump is a Republican. His party controls Congress. He believes a strong economy is the best way to help Republicans retain the majority.

For better or worse, the stock market is the best indicator of a strong economy.

Right now, the main narrative in the stock market is the trade war. And one man controls that narrative—Donald Trump.

If he can show the trade war is ending, the market will skyrocket.

To be clear, I have no idea whether Republicans will retain the majority. But here’s the thing: It doesn’t matter. What matters is that the market will rally going into the
elections if we see new trade deals.

My theory is that Trump’s tariffs are just a ploy to show the rest of the world he’s serious about renegotiating trade deals.

You just need to read between the lines…

Every now and then, you’ll hear Trump praise free trade.

After the G7 meeting in early June, Trump told reporters, “No tariffs, no barriers, that’s the way it should be, and no subsidies… I did suggest it and people were—I guess they’re going to go back to the drawing board and check it out.”

And Trump has made several comments about getting back to “free and fair trade.”

Notice the “fair” part. We still have a long way to go to get there…

China has imposed steep tariffs on U.S. goods for years. Up until 2017, those tariffs were usually over 20%. (China cut tariffs on many U.S. goods by 50% last year to try to avoid a trade war.)

The European Union isn’t any better. According to the Center for International Economics—a leading German think tank—the average EU tariff on U.S. goods is 5.2%. The average U.S. tariff on EU goods is 3.5%.

We have been getting hosed on trade deals for decades. So something had to change…

It’s not going to change unless we’re willing to at least match the tariffs other countries have placed on us. That’s what Trump is doing.

The First Deal Has Already Been Made

As I mentioned above, Trump has already made a preliminary deal with the EU. I think we’ll see similar deals with China.

That deal is just the start. And that’s good news. Here’s why…

The trade war talk is keeping a lid on the market. A recent report by investment bank UBS estimates the S&P 500 could lose 20% if a full-scale trade war with China breaks out.

I think large institutions believe there’s a 50% probability of that happening. To get a fair value for the market, institutions take the projected 20% decline… and multiply it by the 50% chance of it happening.

That means they’re pricing the S&P 500 10% lower than it would be without the threat. So once the threat of a trade war goes away, it should give us a quick 10% move upward.

That—and a strengthening economy—is why I predicted the market would rise 15% going into midterms.

This will send most sectors higher. But I still stand by my prediction that the industrial and consumer staples sectors will benefit the most as the market adjusts.

If my theory plays out—and Trump makes his deals—we should see these two sectors rise.

P.S. Do you think President Trump’s trade war strategy is helping or hurting the economy? Tell us your theories right here…

From Adam M.: When explaining Income Extermination, at some point you’re going to have to be completely honest… Because right now, you’re not.

For you to say investment-grade bonds have the same or an even remotely similar risk profile to most of the closed-end funds (CEFs) you recommend is very misleading… and you’re doing an injustice to the reader.

These CEFs are NOT solely fixed-income portfolios. Most of them are equity income funds. I’m not saying the recommendations themselves are bad—they aren’t. I’m just saying you should be forthcoming about the true differences and risk profiles.

Nick’s Reply: Hi Adam. Thanks for the note. We never said investment-grade bonds have the same risk profile as our CEF recommendations. And that’s the point… We don’t want to hold most fixed-income products during Income Extermination.

As interest rates rise, bond prices fall. It’s one of the few sure things on Wall Street.

We know many people hold bonds because they like the “safe” income. In fact, some readers may even live off the interest payments. But bond values will go down as interest rates rise.

For people relying on income, we recommend selling some (or all) long-term bonds and replacing them with quality CEFs. Yes, these CEFs have stock exposure, but that’s not bad. The economy is still strong and will provide a floor for the stock market.

Plus, we only buy CEFs that are trading at discounts to their net asset values (NAV). This gives us a lot of downside protection.

We believe the CEFs we recommend are safer than bonds—plus they have higher yields. Those are the kinds of investments we look for at PBRG.

From Christian R.: Nick, in your interview with Teeka, you discussed how Treasury bonds are in trouble. What is the recommendation? Is it time to short long-term Treasuries?

Nick’s Reply: Hi Christian. That’s one way to play it… But shorting has risks that we want to avoid. We think the safest way to profit from Income Extermination is to avoid long-term bonds and hold quality CEFs.

From C.J.: I read your essay about a $5 Coke and basically agreed until I got down to the paragraph starting with, “People involved in the military-industrial complex…”

While this group does receive taxpayer funds, it also produces things that help protect our national security. The technology used to produce things that protect us is eventually used to develop consumer goods.

This creates wealth—which is more than can be said for those who collect food stamps and other traditional forms of welfare. Don’t underestimate the ingenuity and creativity of American entrepreneurship. Good article.

From Anonymous: So we should make the companies pay less in wages so inflation doesn’t go up? It sucks to even make $20 dollars per hour while medical insurance takes 20% or more and you still have a high deductible—even with Trumpcare. The main problem is that companies don’t want wages to keep up with inflating prices.

It’s not complicated. It doesn’t take a lot of time. You can do it yourself in a few minutes per week. 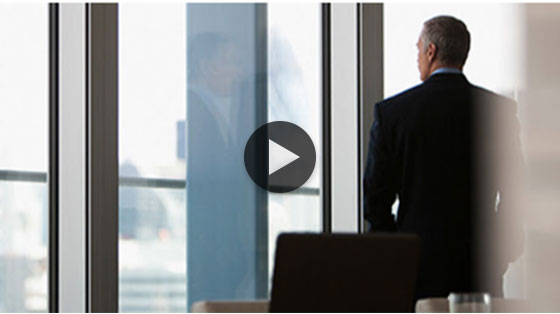