Nick’s Note: Today, I’m talking to PBRG analyst Greg Wilson. Regular readers know Greg as former hedge fund manager and world-renowned cryptocurrency expert Teeka Tiwari’s right-hand man. They’ve worked together for so long that I’m convinced they’ve merged their minds. What one is thinking, so is the other.

Teeka and Greg are always researching new technologies to find money-making opportunities… That’s how they discovered cryptocurrencies in 2016 before any other analyst in the industry caught on to them.

To keep up with the latest tech trends, earlier this month, Greg visited the Consumer Electronics Show (CES) in Las Vegas—the world’s premier tech conference. Companies have unveiled lots of groundbreaking tech at CES—including the VCR in 1970, camcorders in 1981, DVDs in 1996, and just about every HDTV upgrade since 1998.

Today, Greg tells me where the tech landscape is headed…

Nick: Greg, I’ve heard a lot about CES. Is it really as great as they say?

Greg: It is. The conference is massive. Just about anyone doing anything remotely related to technology was there.

More than 4,500 companies were there showing off. It’s spread out over several locations across Las Vegas. And it takes up almost 3 million square feet… That’s 68 acres of exhibits.

Everyone has their coolest new inventions on display. One of the coolest things I saw was an electric helicopter. 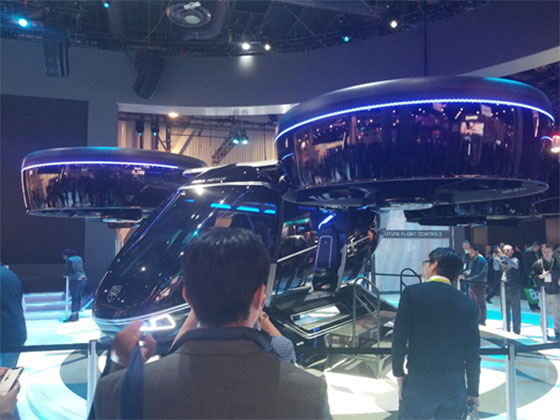 That got a lot of attention. So did IBM’s new quantum computer. Now, a lot of people are looking forward to quantum computing because it’ll be so much faster than what we have now. But that’s still a few years off…

Nick: So what are some of the biggest tech trends you saw this year at CES?

Greg: The 5G rollout is one big trend. There are a lot of new things we’ll be able to do with faster internet and low latency times.

Let me back up and explain 5G… It stands for fifth-generation wireless technology.

The first generation of wireless technology began in the early 1990s with old cell phone handsets. We moved to 2G technology in the early 2000s with the advent of text messaging. And we advanced to 3G with the rise of internet browsing on smartphones.

If you own a smartphone today, then you’re probably already familiar with 4G technology. It allows for high-speed data downloads and high-quality streaming like HD movies.

But with the move to the Internet of Things trend—where nearly every device you can imagine connects to the internet—4G technology is reaching its capacity.

That’s where 5G technology comes in.

It’s 1,000 times faster than 4G. For example, an HD movie that takes an hour to download with 4G technology will download in just seconds with 5G technology.

Nick: So what are some ways to play the 5G trend?

Greg: There are a lot of ways to play it—cell tower companies, components manufacturers, and data providers.

Plus, 5G will enable other new technologies like autonomous vehicles (AVs).

One of the problems with AVs is that each car carries the hardware it needs to make sense of all the visual data it picks up. That’s expensive.

But with 5G, AVs will be able to transmit all that data to a central location. So all the expensive equipment will be in one place.

Autonomous vehicles were a big attraction at CES. BMW had a little road course inside a convention center to demonstrate its self-driving capabilities. And Aptiv had self-driving cars driving attendees up and down the Vegas strip.

The smart home is another big trend. These will be the homes of the future. Each home will contain smart devices connected to the internet.

Smart devices are simply electronic devices that connect to a network of other devices or the internet.

These devices all need to communicate with each other to work best. And 5G will help that along, too.

Nick: I’m almost afraid to ask… But what does a smart toilet do?

Greg: Well, Nick, I’m going to tell you anyway. I know I was interested, and I bet our readers are, too.

The one I checked out is Kohler’s Numi 2.0 intelligent toilet.

It has some features you might expect, such as water efficiency checks, heated seats, and drying functionality.

But it also does some things I wasn’t expecting. For example, it has smart lighting. No more stumbling around in the middle of the night.

Not too far in the future, you’ll be able to run your entire house right from your throne.

Nick: That’s a lot more useful than I thought it would be… So what got you most excited—other than the smart toilet?

People are putting AI into every new technology out there. Companies are putting out AI cloud computing services, 5G connected devices, the blockchain… everything.

That’s how companies will differentiate themselves from each other.

For instance, there are hundreds of different headphones on the market. Some sound better than others, but there’s no way for them to really differentiate themselves.

But with AI, the headphones can automatically adjust sound settings depending on whether you’re listening to music or audiobooks.

And some are even incorporating voice recognition technology. So if you’re in the middle of a workout at the gym, you won’t have to put down your weights if something annoying comes on. Just say, “Skip song”… or, “Fast forward 30 seconds,” and you’re back to listening to what you want.

Voice recognition is going to be a huge application of AI. The most popular one is Amazon’s Alexa. Companies are putting Alexa into everything as a differentiation factor.

The more people use Alexa, the better and smarter it becomes. So look for great leaps in voice recognition technology.

Nick: Awesome. Are there any ways for our readers to profit off the growth of AI?

Greg: Unfortunately, there aren’t any publicly traded pure-plays in AI right now. It’s mostly big companies that are leaders in this space.

Plus, if Alexa is part of your fridge, where do you think she’s going to order a new bottle of ketchup or water from? It’ll be coming from Amazon.

So Alexa will drive more sales through Amazon.

It’s not a pure-play, but if you want to add some AI exposure to your portfolio… Amazon isn’t a bad way to go.

Nick: Thanks, Greg. I might have to join you at CES next year.

Nick’s Note:  As I mentioned above, Teeka and Greg are always searching for money-making opportunities in the tech space. And not long ago, Teeka uncovered a group of crypto investors who were making money every week—regardless of whether the market went up, down, or sideways.

That’s because they’re generating income from small cryptos that distribute “dividends.” In fact, they can pay up to $81,624 per year in income. To learn more about 10 of these opportunities that Teeka and Greg have found, click here…

The U.S. stock market is on the verge of a massive event unlike anything we’ve seen in 11 years. In this 3-minute video, a multimillionaire financial expert urges you to prepare immediately. 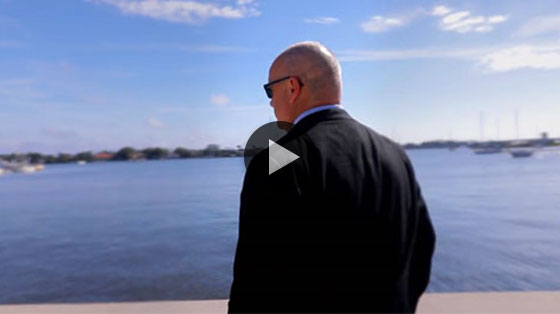