Nick’s Note: Although the market is humming along, there are still some warning signs out there that every investor should pay attention to. In today’s essay, colleague Greg Wilson reveals a lurking threat that can silently erode your retirement savings…

It’s the highest net profit margin for the S&P 500 since financial data firm FactSet began tracking it in the third quarter of 2008.

But clouds may be on the horizon.

That’s because a new concern is cropping up in their earnings calls: rising costs.

There’s no shortage of examples from last quarter…

Hershey, UPS, and Procter & Gamble, to name a few, made similar comments.

And it points to one thing: rising inflation.

In fact, as I’ll show you in a moment, input costs are rising at their fastest level in six years.

Longtime readers know we’ve been warning about inflation since the beginning of the year.

That’s why we’ve recommended that readers should look for safe stock market income opportunities. But first, let me show you the devastating impact inflation can have on your finances.

It’s been a long time since the U.S. has seen any substantial inflation. The last inflationary period was between 1965 and 1982.

Inflation that high can wreak havoc on your finances. It’s like a hidden tax on your buying power.

In other words, as time goes by, you can buy less and less with the same amount of money.

Let’s see how that worked out over the last inflationary period.

But how much is it going to buy you in the future?

It’s clear that inflation destroys your buying power over time.

And the signs today are pointing to rising inflation ahead.

The comments from the companies mentioned above all highlight rising input costs. These are the costs that go into the production of goods and services for consumers.

They’re measured by the Producer Price Index (PPI), which is released by the Bureau of Labor Statistics every month.

Many are familiar with the CPI, or Consumer Price Index. The CPI measures the prices of consumer goods purchased by households.

The PPI is a bit different. It measures prices at the wholesale, or producer, level.

In other words, it’s a measurement of the cost of raw materials to companies that produce goods. And the PPI just had its biggest increase in over six years. 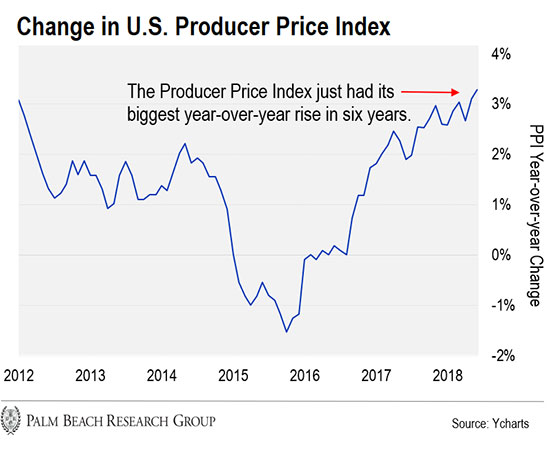 Here’s why that’s significant. Those higher input costs will result in higher product costs. And that means you’ll be paying more in the future.

It’s part of what we call Income Extermination. That’s the combination of rising interest rates and rising inflation that destroys the wealth of retirees and savers.

First, you want to identify and remove red flags from your portfolio. Red flags are investments that are vulnerable to Income Extermination.

At the top of this list are long-term and high-yield bonds.

The last time we saw this lethal combination of rising rates and inflation was in 1981. The bond market fell 19% that year.

The next step is to identify the right investments.

You want investments in which real capital appreciation will exceed inflation. That way, you maintain your purchasing power.

At The Palm Beach Letter, we like to buy high-yielding closed-end funds (CEFs) that are trading at a discount to their assets.

CEFs are an investment structure with shares traded on the open market. They’re similar to exchange-traded funds (ETFs)… But there’s one main difference: CEFs do not issue shares daily.

That means CEFs can trade on the market at prices different from the value of their assets, called the net asset value (NAV).

When a CEF trades for less than its NAV, you can buy it at a discount. This means you could buy, for example, $1 worth of assets for 90 cents.

And if you’re not a PBL subscriber, we recently showed you our three-step strategy to find your own quality CEFs right here…

P.S. Inflation is a silent killer of wealth… If you see signs of it creeping into your lives, let us know right here…

From Jake D.: Yes… I like the video format! Thanks!

From Jim L.: This is the first time I’ve felt safe investing in stocks. I like your approach and how you think. I am grateful that you joined the PBRG team.

From Melinda M.: Loved it! Very educational and well-rounded message. Thank you for breaking down the market and current conditions in an easily digestible manner. The video messages with transcripts are very helpful. Keep up the good work.

From Dave A: I much prefer having transcripts to read. I can browse through them quickly when short on time.

Nick’s Reply: No worries, Dave. Each video update comes with a transcript. So you have the choice of watching the update or reading it.

China is opening the largest factory in world history. Its sole purpose is to produce one specific device—the same device set to power the 21st century.

It requires an enormous amount of raw materials—as much as 1,073x the world’s current stockpile—every single year.

The companies that supply these materials to China are about to be in high demand—in fact, one small company could have its entire deposit bought out, shooting its $1 stock through the roof. 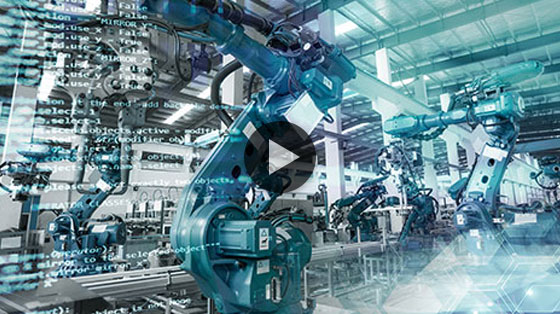