Nick’s Note: Earnings season is in full swing. According to FactSet, 46% of companies in the S&P 500 have reported Q1 2019 results so far—and 77% of those beat earnings per share, with the average beat being 5.3% higher. Both stats are above their five-year averages. So these are strong metrics.

But some sectors are doing much better than others. And identifying these “outliers” can be the difference between average and stellar returns. So to see which parts of the market are performing the best, I turned to our Wall Street insider Jason Bodner—who shared his top sector to consider…

Famed American surfer Laird Hamilton once said, “If you don’t understand the wave, you can’t respect it. And if you don’t have respect, it’s only a matter of time before the ocean teaches you to get some.”

The same can be said of the market. Like the ocean, it moves in waves. Some are small, and some are large. And every now and then, two powerful waves combine to form a massive tube—the “Big Wave.”

So like surfers, investors need to understand how waves work. If you don’t, you risk getting toppled by them rather than riding them to the top.

So in today’s essay, I’ll tell you what these two industries are—and how they’re loading up one sector in the market with “outliers”…

How We Find Outliers

If you’ve been following the Daily, then you know I’ve developed a highly accurate stock-picking system after leaving Wall Street—where I was even a partner at Cantor Fitzgerald.

But my system has proven to identify the market’s fastest-growing stocks up to 30 days beforehand.

This same system flagged institutional buying in semiconductors earlier this year. And it’s been highly accurate on a number of other occasions, too. (For example, it predicted the sell-off in February 2018 and the rally we saw at the start of this year.)

It can flag this type of trading activity because it quickly catches what institutional buyers are doing.

My system scans nearly 5,500 stocks every day, looking for the best of the best that institutions are likely buying by the truckload. And I use 80 complex algorithms to score and rank each one of them for strength across 29 factors.

And if you’re serious about making money, you’ll want to own outlier stocks. You see, a 2017 study by an Arizona State University finance professor found that—over the past 100 years—just 4% of stocks have accounted for nearly all the profits of the market each year.

So these outliers are where the big money is hiding out. And if you’re not targeting these companies, you’re basically wasting your time as an investor.

That’s why my goal is to spot these outliers—and find them up to 30 days before they soar. And right now, my system is saying they’re likely coming from a certain sector…

Where the Outliers Are Hiding

The Global Industry Classification Standard (GICS) sorts the 11 sectors making up the S&P 500. Each sector is broken down by industry group, industry, and sub-industry.

And since December 2018, the information technology sector is up more than 36%—the best performer of the market.

The sector is getting a boost from two industries in particular: software and semiconductors (companies making chips for electronic devices).

In fact, since Q4 2018, the S&P Software & Services Index and the PHLX Semiconductor Index have rocketed more than 40% and 45%, respectively.

Let me put that into perspective for you…

The semiconductor index alone has averaged a nearly 0.4% gain per day (including weekends) since Christmas Eve of 2018. Remember, that’s not just one stock—but an index of 30 stocks.

That’s the kind of outlier performance I look for.

Now, the table below ranks the 11 GICS sectors based on my proprietary scoring system. The higher the score, the stronger the sector. As you can see, infotech outscores all the others with an average of 68.26:

As a general rule, I consider any individual stock with a score over 75 as healthy. And with 191 stocks in the infotech sector, a sector average that high indicates many of them score above 75. This makes them outlier candidates.

If you want to ride the current market wave, infotech is clearly your best bet for finding outliers. And semiconductors are accounting for much of those gains.

So a simple one-click way to get exposure to the industry is through the iShares PHLX Semiconductor ETF (SOXX). The fund holds large semiconductor companies like Nvidia, Intel, and Broadcom.

P.S. As I mentioned above, my former firm helped create the fastest high-speed trading system in Wall Street history. Now, my new, private system takes it one step further: In just 20 minutes, it allows me to spot America’s fastest-growing stocks up to 30 days before they soar.

And it’s flagged a software and engineering company geared toward semiconductors that’s seeing stunning growth. Over the past five years, it’s up 300%. Plus, I think it still has plenty of room to run higher—because we’re seeing massive institutional interest, too.

Palm Beach Trader subscribers can read about my newest recommendation right here. And if you’re not a subscriber, you can learn how to get your subscription—including a one-year guarantee—right here.

We asked whether President Trump’s policies have gone too far to exact punishment on his enemies. And readers responded…

From Ann H.: It doesn’t matter if he’s punishing his enemies. President Trump will win again.

From Robert P.: I didn’t vote for President Trump and won’t vote for him this time, either. He’s a detriment to teaching morals to young people—who are our future.

From Donald B.: Will President Trump cruise to victory in 2020? Yes, because his opponents are making promises that are just too weird. Good examples are the movements to lower the voting age to 16 and promise free college tuition and healthcare for all.

From Lisa H.: President Trump hasn’t begun exacting punishment yet… Just wait for his re-election. However, I’d like you to explain why 5G is desirable when countries are banning it. How can it be made safe?

Nick’s Reply: Hi, Lisa. We know many people have health concerns about 5G technology. So I encourage you to read this Daily essay by longtime PBRG friend and Silicon Valley insider Jeff Brown. When it comes to technology, he’s our go-to guy.

And to date, Jeff says there’s been no conclusive evidence that 5G wireless technology causes any side effects in consumers that use—or are even in the presence of—wireless networks. But you can read the entire essay and make a decision for yourself right here.

The U.S. electric grid is so weak that it’s prone to an attack from an outside force like Russia. In fact, over the last year alone, Russia has already targeted 24 U.S. states…

But thanks to a new executive order from President Trump, “liquid energy cubes” could soon be installed nationwide to protect local communities.

This urgent security matter could hand early investors a small fortune. But you have to act soon to profit from this new technology… 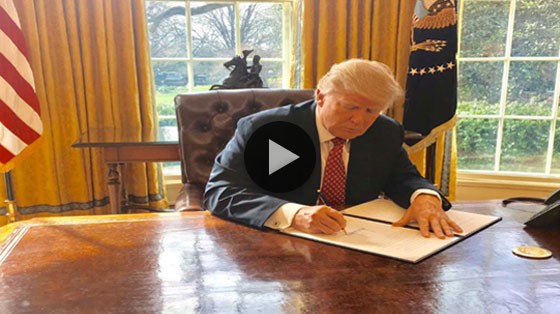