Editor’s Note: Regular Daily readers know we’ve been following the pension crisis in America for months. But where there’s crisis, there’s also opportunity. That’s why today we turn to one of the best crisis investors we know, International Man senior editor Nick Giambruno… who’s identified one of the most crisis-stricken states in the U.S.

Over 3,000 millionaires have fled Chicago in recent months.

But it’s not just millionaires… Every five minutes, someone leaves Illinois.

In a recent poll, 47% of people in Illinois said they want to leave the state. Over the last decade, more than a half-million people have done just that.

This is the largest outflow of people from any state in the country.

The people who leave are generally better educated, more skilled, and earn more money than those who stay. Entire towns of affluent Illinois refugees have sprouted up in Florida, Arizona, and other states.

Wealthy people are often the first to leave a bad situation. They have the means to simply get up and go. And when they do, they take their money and their businesses with them.

This hurts the local property market and the rest of the local economy.

Many of Illinois’ millionaires own businesses that employ large numbers of people. As they leave, there are fewer people and businesses left to shoulder the state’s enormous and growing financial burdens.

Many of these people are leaving for one simple reason: rising taxes.

Illinois’ leftist tax-and-spend politicians are continuing to increase all sorts of taxes, which were already high in the first place.

Rising taxes are pushing more and more productive people to make the chicken run… and at the worst possible moment for the state’s coffers.

Illinois is the most financially distressed state in the U.S. Every month, it spends $600 million more than it takes in. It’s now $15 billion behind on its bills and counting.

Illinois is about to become America’s first failed state.

Even its governor has described it as a “banana republic.”

Today, Illinois can’t pay contractors to fix the roads. It doesn’t have enough cash to pay lottery winners. (What happened to the money it collected selling lottery tickets?)

The state can’t even afford food for its prisoners.

Here are the sad facts. Illinois has:

This $250 billion tab is one of the worst public pension crises in the U.S.

Illinois’ latest income tax hike will bring in an additional $5 billion in revenue. But that won’t do much for its $250 billion pension shortfall.

No tax hike will ever be enough to put Illinois’ fiscal house in order. But higher taxes will push more productive people out of the state. This will only exacerbate the problem.

Illinois already has the worst credit rating of any U.S. state. It’s just a matter of time before it becomes the first state in U.S. history to receive a “junk” credit rating, which signals a higher risk of default.

In the months ahead, it’s a mathematical certainty that Illinois will default on some of its obligations. That’s bad news for pensioners, state contractors, and pretty much everyone living in the state.

According to a former budget adviser to the governor, soon more than 25 cents of every tax dollar collected will go to retired state employees.

Politicians in Illinois—like a number of other distressed states—have amended their state constitutions to prohibit reducing these pension payments. That means taxpayers are on the hook.

No wonder wealthy people are fleeing this sinking ship.

The state is not a captive market. Taxpayers can vote with their feet. And they already have… in record numbers. Higher taxes will only accelerate this trend and further bankrupt the state.

While Illinois has the worst pension situation, it’s not the only state or city in crisis.

State pension plans in Connecticut, Pennsylvania, New Jersey, and many other states are taking on water, too.

Unfunded public pension liabilities in the U.S. have surpassed $5 trillion. And that’s during an epic stock and bond market bubble.

Public pensions have long been a financial time bomb… and the fuse is getting shorter by the day.

The inevitable explosion has now become imminent. And it’s going to devastate many Americans. 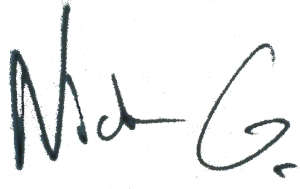 P.S. Crisis investors know this financial time bomb is also a fortune-building opportunity. But you have to position yourself now… before the bomb explodes.

This is what New York Times best-selling author Doug Casey and I do. You see, Doug and I are expert crisis investors. We fly around the world looking for chaos and the profitable opportunities it creates. And right now, we’re zeroing in on the U.S.

Doug and I are sharing unique strategies for flipping America’s coming crisis into a fortune in this urgent video. Click here to watch it now.