A couple times a week, we receive angry letters from cryptocurrency skeptics… like the one below from Greg B.:

I’m tired of hearing about bitcoin and all its cousins. After all, what is it? Just digits on a screen? It operates under the greater fool theory. I think you’ve lost your way. Maybe you should call your service Palm Beach Bitcoin.

That’s actually one of the nicer emails we got last week.

Yes, we’ve been pounding the table on cryptocurrencies for over a year. And for good reason…

They’re making our subscribers a lot of money.

Bitcoin is up 693% since Palm Beach Letter editor Teeka Tiwari recommended it in April 2016.

Teeka’s other three PBL cryptocurrency picks are up an average of over 681%.

And one crypto token he recommended in his Palm Beach Confidential service is up 14,354.2%… since February 2017.

Despite those life-changing gains, the skeptics still write in.

Cryptocurrencies (and their underlying blockchain technology) are still new… Many people can’t wrap their heads around digital money.

That’s because there are a lot of false assumptions out there.

One of the biggest (expressed by Greg B.) is that because bitcoin is “digits on a screen,” it doesn’t have any value.

Today, I want to dispel that notion…

After all, when you really boil it down, dollars are nothing more than “digits on a screen,” too.

I’ll also show you why bitcoin might be the safest “digits on a screen” for you to own.

Most Money Is “Digits on a Screen”

All told, there’s more than $13.5 trillion in existence. However, the U.S. Federal Reserve says only $1.5 trillion exists as actual paper notes.

In other words, nearly 90% of all dollars in the world exist as “digits on a screen.”

And the Fed creates most of that money out of thin air.

You may remember something called “quantitative easing,” or QE. The Fed conducted four rounds of QE after the 2008 financial meltdown.

Most people think of QE as a massive money-printing operation.

In fact, the Fed didn’t print any money. It just added a few digits to its balance sheet.

There is no limit to how much “money” the Fed can create. Bitcoin, on the other hand, has been programmed so there can never be more than 21 million bitcoins.

The Fed isn’t the only institution that creates “digits on a screen” and calls it money.

Your bank does, too.

When you get a loan, your bank doesn’t open its vault, take out cash, and hand it to you.

The bank’s loan officer types a few numbers into his computer… and the money arrives in your account.

These dollars exist as digits. But they do have value. The same is true for bitcoin.

In fact, bitcoin may be the safer of the two…

As I showed you above, nearly 90% of the U.S. dollar supply is “digits on a screen.”

But hackers can steal those digital dollars.

In 2015, a Russian hacking ring stole up to $1 billion from 100 banks in 30 countries. That’s per the Kaspersky Lab, a Russian security firm.

And in 2016, hackers stole $100 million from Bangladesh’s account at the New York Fed.

That’s just the tip of the iceberg.

Last year, SWIFT publicly disclosed that hackers hit three of its major clients…  And it expects cyberattacks against banks to increase this year.

Bank databases are lucrative targets for hackers. That’s because they’re centralized. In other words, all their information is stored in one place.

The same isn’t true for bitcoin…

The Blockchain Is Virtually Impenetrable

It’s virtually impossible to hack the bitcoin blockchain because it uses a “decentralized” network.

This model distributes data across thousands of computers.

I reached out to Teeka—our resident cryptocurrency expert—and asked him why it was so tough to hack the blockchain. Here’s what he told me:

If hackers wanted to take over the bitcoin blockchain, they would need over $1 billion in specialized hardware.

So whatever they target on the blockchain would have to be substantially greater in value than the cost it would take to steal it.

They’d also need a power source that could deliver the equivalent of 10 days’ worth of New York City’s power usage.

Assuming they got all that, they would have to hack 51% of the 9,155 computers in the bitcoin network at the same time within a 10-minute window.

Is it possible? Maybe a very motivated government could do it… maybe. But it’s highly unlikely.

This “decentralized” model is much safer than the centralized network your bank uses.

For me, the choice is simple…

Most money today is “digits on a screen” that can be created on a whim.

I’d rather own some bitcoin that can’t be diluted and is virtually impenetrable to hacking. That’s why you should own some today.

Longtime PBRG friend and legendary speculator Doug Casey will be sharing details on what could be the biggest breakthrough in Casey Research’s 40-year history: “The Predictable Profits Formula.”

It’s all part of a FREE special online training event on Thursday at 8 p.m. ET.

And as a gift just for attending, you’ll get the name of a stock to watch for free… so you can follow it at home and see the proof for yourself of how accurate this system is. 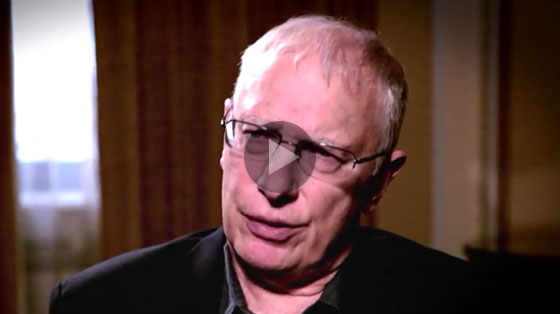