Nick’s Note: One of the best ways to make life-changing gains in the markets is to get into groundbreaking trends before they take off. And with decades of experience in Silicon Valley’s inner circle, longtime PBRG friend Jeff Brown has an inside track on the most disruptive tech trends—before they hit the front pages.

In today’s essay, Jeff reveals the company that’ll soon impact every aspect of our lives…

The company needs no introduction…

At writing, it’s the fourth-largest publicly traded company by market cap. And about 75% of the world’s 4.4 billion internet users search via Google.

Now, the company became this dominant with a simple formula: It monitors every action you take online and sells it to advertisers.

But Google’s ambitions go far beyond just the search bar.

It’s in the early stages of burrowing into the most intimate details of your life—from your car… to your home… and even your body.

On May 1, 2019, Google unveiled its Android Automotive operating system (OS). And it announced that the 2020 Volvo Polestar 2 will be the first car to run on the platform.

Android Automotive will look like an iPad on the dashboard. Drivers can access all the car’s features with it: heating and cooling… music… mapping… GPS directions… and more.

In other words, it’ll be the car’s user interface—the same type of model Tesla pioneered. 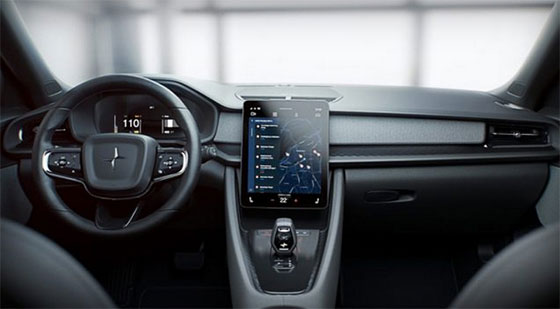 But Google has an ulterior motive…

So Google wants to change that—by getting in your car. And the Android Automotive OS is the first step.

This behavioral data will help the company decide which digital ads to show you. That’s the big picture behind the platform. It’s simply a precursor to Google’s ambitions with self-driving technology.

You see, when self-driving cars become prevalent in the next few years, people will have time to consume content in their cars since they’ll no longer be driving. Google knows this—which is why it’s taking steps now to break into the automotive industry.

The Android Automotive OS will put Google in a better position to sell its self-driving technology (which is currently in development at its Waymo subsidiary).

But that’s just the first step…

Moving Into Your Home

And it’ll do all this from an iPad-like device: 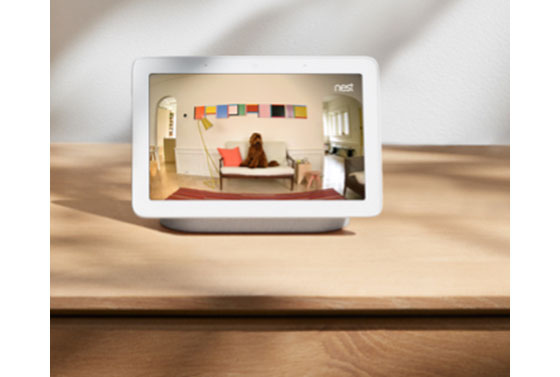 Google bought its way into the smart-home market by acquiring smart-home company Nest back in 2014 for $3.2 billion. And the result is the Nest Hub Max.

What’s great is, you can install a wireless home security system for less than $800 today. Previously, you had to spend thousands of dollars for companies like ADP to wire and monitor your house for you. These old home security systems were expensive and difficult to use.

But now, you can put up as many wireless cameras and smart devices as you want… and control and monitor them yourself—all from one device.

What’s more, the Nest Hub Max uses facial recognition—a form of artificial intelligence (AI). So it can bring up personal notifications like calendar appointments when it sees you.

And you can control it with voice commands, too. Basically, it’s a screen-based, AI-enabled home hub that’ll replace smart speakers like Amazon Echo (Alexa).

But of course, when it comes to Google, there’s always another side of the story…

In this case, the downside is that Google is digging itself even deeper into people’s lives with this product. Through the Nest Hub Max, it’ll be able to monitor your actions and collect even more data on you.

Perhaps you’re okay with this so far. Let Google into your car? Fine. Your home, too? Alright.

But that’s not where it stops…

Verve Therapeutics is a newly formed company that wants to use CRISPR genetic editing technology to cure heart disease.

As readers of my Near Future Report newsletter know, I’ve been excited about CRISPR technology for over three years now.

Simply put, CRISPR “edits” genetic mutations causing disease and replaces them with healthy, unmutated DNA. I’m not kidding when I say this technology will eradicate all human disease caused by genetic mutations.

Here’s what caught my eye about Verve Therapeutics: It’s backed by a famous cardiologist who identified the genes associated with heart disease. And the company thinks it can stop heart disease—before it happens—with one-time treatments.

To this end, Verve raised $58.5 million in venture capital (VC) in a recently closed deal.

While this is great for an early-stage company… what really caught my attention was the funding round’s leader: Google Ventures (Google’s venture capital arm).

So why the sudden interest in a genetic editing company?

Well, ask yourself this: What could be more insightful than genetic data?

Nothing impacts the human condition more than genetics. And Google sees this as a major opportunity to boost revenues by advertising personalized health treatments.

Imagine if Google gains access to your genome and sees you’re susceptible to early-onset Alzheimer’s. It could then market specialized treatments directly to you. And what about heart disease or cancer?

Now, some of us might not be comfortable handing over our genetic makeup—our DNA blueprint—to a company like Google. I know it certainly gives me pause.

But make no mistake… The company has become a behemoth by leveraging user data into advertising revenue. And as I’ve shown you above, it’s doubling-down on collecting behavioral data.

This is the future Google has planned. And it’s coming faster than most think.

P.S. One last thing before you go…

In February 2016, I gave a presentation to an exclusive group of investors. I recommended they buy chipmaker Nvidia. I knew the stock was set to soar.

Plenty of attendees were skeptical. One guy even left to go to the bathroom. But Nvidia went on to soar more than 1,000%. Plus, it was the No. 1 S&P 500 stock that year.

And now, I’ve made another prediction. One world-changing technology is hitting the mainstream—and I’ve never seen anything like it before.

In fact, there’s a company at the center of this unstoppable trend—which is why it’s my No. 1 tech stock recommendation of 2019.

Plus, you still have some time left before the news gets out. And if you want a chance to profit, you can find out all about it right here.

Google will play a major role in every aspect of our lives. That has some people spooked. But others see its major profit potential. Let us know which side you come down on right here…

Revealed: The World’s Most Explosive Securities

Today’s the perfect time to own this specific kind of security. It’s a better way to make money than just buying a stock outright—and also a much cheaper way to get into a profitable trend.

Plus, these securities are as easy to trade as common stock, while offering far better returns since they’re leveraged to a rising stock price.

And longtime PBRG friend E.B. Tucker has revealed this opportunity in an interview with Casey Daily Dispatch editor Justin Spittler. You can read the full article right here.

If you want to identify trends before the crowd, you can sign up for the Dispatch with one click right here. You’ll get a new issue each evening. It’s the perfect bookend to the wealth-building ideas you get every morning in The Palm Beach Daily. 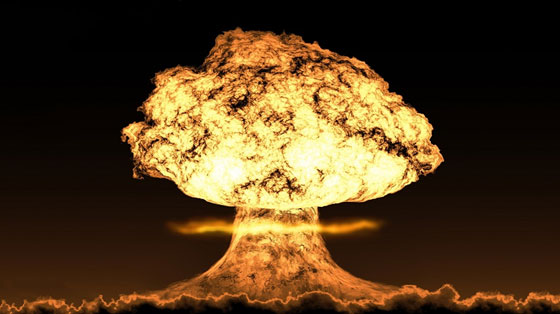