At the Daily, we’re always on the hunt for ideas that will diversify and grow your portfolio. Today, Palm Beach Letter editor Teeka Tiwari has found one that’s trading cheaply and poised for a big rally…

Since I first started writing The Palm Beach Letter in June 2016, my main goal has been to help you find safe, income-generating ideas.

And in my very first issue, my strategy was to follow a maverick income investor who was known for making outlandish predictions about the markets.

In mid-2016, he started betting against an interest rate hike. At the time, Wall Street was convinced rates would rise.

That’s when we followed his contrarian lead… and I recommended the iShares Mortgage Real Estate Capped ETF (REM).

By now, you should be asking yourself two questions: Who is this market oracle? And what’s his next pick?

Today, I’ll tell you who this market wizard is and what he’s buying next.

Investing Alongside One of America’s Brightest Stars

The name of the bond trader who’s quickly developing into an investing legend is Jeffrey Gundlach. His DoubleLine Capital family of mutual funds manages more than $85 billion in assets.

His investment returns are the envy of Wall Street.

That might not seem like much, but in the world of bonds—where the yield on the benchmark 10-year Treasury was 1.88% last September—it puts him in the upper echelon of his industry.

In fact, Gundlach’s Total Return Bond Fund ranked ninth in its category the last five years—out of 958 funds. That’s in the top 10% of his field.

Gundlach’s track record was the main reason we followed him into mortgage-backed securities (MBS) in June 2016.

MBS are a type of bond composed of thousands of property loans and packaged into a single security.

At the time, Wall Street hated MBS. The Street was convinced interest rates were going to rise. When rates rise, MBS (as well as all bonds) decrease in value.

So, what’s Gundlach looking at now?

During a live interview on CNBC in December 2017, Gundlach was asked point-blank: “What’s your highest-conviction idea for 2018?”

He went on to say:

If you ever thought about buying commodities, … maybe you should buy them now. …We’re right at that level where in the past you would have wanted commodities instead of stocks.

And he continued, “The repetition of this is almost eerie. And so if you look at that chart the value in commodities is, historically, exactly where you want it to be a buy.”

Below is the chart Gundlach referenced. It shows the valuation of the S&P Commodity Index (GSCI) relative to the S&P 500. 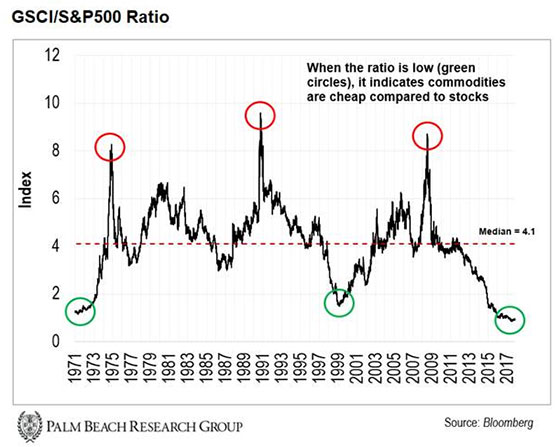 As you can see, commodities haven’t been this cheap relative to stocks since the early 1970s. 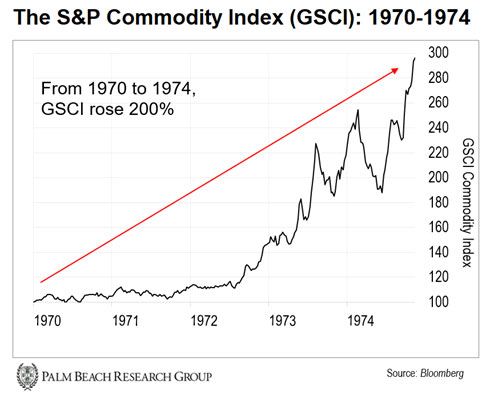 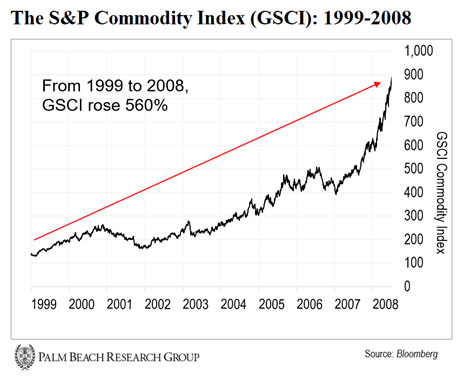 And according to Gundlach, the 1970s commodities market eventually grew eight times larger than the market capitalization of the S&P 500.

If that happens again, we could see commodities skyrocket… 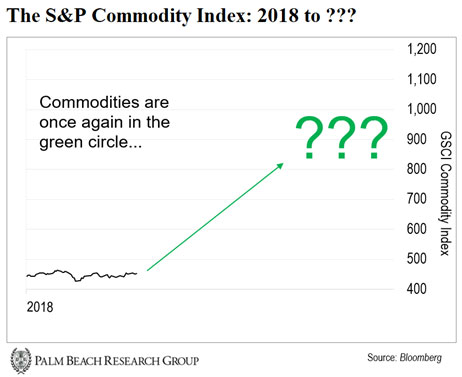 How to Play the Commodities Rally

If you’re looking to gain broad-based exposure to commodities, you can take a look at the PowerShares DB Commodity Tracking ETF (DBC).

It’s an exchange-traded fund that gives you exposure to the price of oil, gas, precious metals, industrial metals, and agricultural commodities like wheat and corn.

One drawback of DBC is that it doesn’t pay a dividend.

In this month’s issue of The Palm Beach Letter, I’ve found an idea that gives you broad exposure to the commodities sector and pays a dividend.

It yields 7% per year in dividends alone… and could make as much as another 200% in capital gains over the next three years.

If you’re not a PBL subscriber, and would like to learn more about these types of income-generating ideas, click here to watch my free video…

According to this Silicon Valley insider’s projections, the “God Key” industry could be worth $1 trillion within the next decade—a 35,111% increase from where it is today. 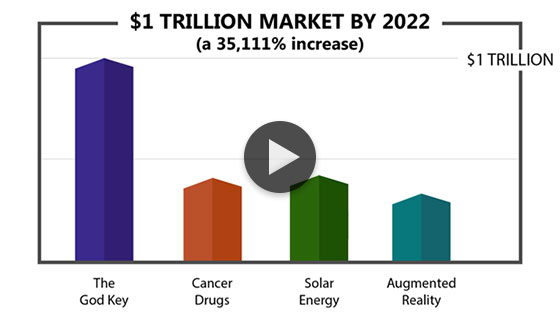