Nick’s Note: Technology is moving so fast that some relics of the past—despite how important they still are—aren’t able to keep up.

In today’s essay, Palm Beach Confidential analyst Greg Wilson shows how a key piece of information for U.S. citizens is under attack… and how a new technology is poised to revolutionize, and protect, our most personal information.

On September 7, hackers got the crown jewels.

Everything you would need to set up a new account or commit identity fraud.

I’m talking, of course, about Equifax.

Its data breach exposed the personal information of 143 million Americans. That’s nearly half of the U.S. population.

Per cybersecurity expert Jeremiah Grossman: “It’s a safe assumption that everyone’s Social Security number has been compromised and their identity has been stolen.”

The story highlights the problem with the current way we store sensitive information. Companies store records in a central database.

That creates a “honeypot” of information for cybercriminals. And the honey is just too sweet for the fraudsters to pass up.

Equifax is not alone. Verizon, Bell Canada, and Yahoo, among others, all suffered data breaches this year.

And it’s leading to the question: How are we going to fix our identity crisis?

In a moment, I’ll fill you in on a potential solution. And I’ll show you ways to protect yourself now.

The government created Social Security numbers in 1935 to track the earnings history of workers. That way they could take part in benefits programs.

After the Equifax hack, many think it should change.

Tom Sosnoff is the co-founder of Thinkorswim. He said, “The era of Social Security numbers as username and password is over. They were never intended to be a personal identifier.”

The Trump administration agrees. It announced it was exploring ways to replace the use of Social Security numbers.

Trump even tasked federal agencies to come up with a new identity system.

He wants a better solution that uses the latest technologies.

I think the U.S. government may end up looking to our neighbors up north.

That’s where SecureKey Technologies is working with the Canadian government and IBM. Together, they are developing a new digital identity system.

Select financial institutions are testing the network. And the Canada Revenue Agency uses it to simplify the login process for citizens.

The goal is to launch the network by the end of the year.

Consumers can opt in to the network. Once in, they can control what information they share with organizations.

Take renting an apartment, for example. You’ll use your digital ID to prove who you are to the landlord.

The same digital ID will also release your credit, background, and employment history. The landlord saves on fees for credit and background checks. And you have less paperwork to fill out.

But it doesn’t stop there. You can also use your digital ID to pay the deposit and get renters’ insurance. You can even set up your utilities like phone and cable.

It’ll be a whole new world of identity. No longer will hackers be able to steal your information. And it makes financial sense, too.

SecureKey did a study on Canada’s government call centers. The study showed the government would save $800 million using this new identity network. That’s just one use case.

The New Technology Behind Your Digital Identity

Will the U.S. follow Canada’s lead? I think it’s a distinct possibility.

Joyce gave a hint. He suggested a “modern cryptographic identifier.”

In other words, the blockchain.

And that’s exactly the technology SecureKey is using for its identity ecosystem. It runs on the IBM blockchain.

By design, there’s no central database or “honeypot” of data. The data is never visible to the operators of the network. And no one can see where your identity is used.

That means it won’t be long until Social Security numbers are a relic of the past.

Until then, the best course of action is to be vigilant. Take the few extra minutes each month to review your credit and financial reports.

And if you’re not sure if you were impacted by Equifax, check here.

Beware of Counterfeit Gold: Fake gold bars are getting tougher to catch. In fact, counterfeiters have gotten so good at making fake gold bars and coins, they can even fool the experts at central banks.

Last month, an Ottawa jeweler bought a one-ounce gold bar with the official Royal Canadian Mint stamp… When he tried to turn it into jewelry, he quickly found out the bar was a fake. We love gold as a chaos hedge. However, we suggest everyone add some bitcoin as a chaos hedge, too. Unlike gold, you can’t counterfeit bitcoin.

Biggest Oil Boom Ever: The International Energy Agency predicts that by 2025, the U.S. will match Saudi Arabia as the world’s leading shale oil producer, and surpass Russia as the leader in natural gas production.

The boom will turn the U.S. into a net exporter of fossil fuels. “The United States will be the undisputed leader of global oil and gas markets for decades to come,” IEA executive director Fatih Birol said. This is a huge trend that we’ll be tracking in the Daily.

Amazon Value to Reach $1 Trillion: According to a recent report by Morgan Stanley, Amazon will be valued at over $1 trillion by the end of 2018. That would raise share prices to around $2,000—or a 77% gain by the end of next year. This news shouldn’t surprise regular Daily readers. We already predicted this—although Amazon may reach the milestone even faster than we originally thought.

Jeff Clark almost lost his entire life savings in one day… Until he used this investment secret to save all his money… and generate the biggest personal gain of his life.

Hear his story for yourself right here… 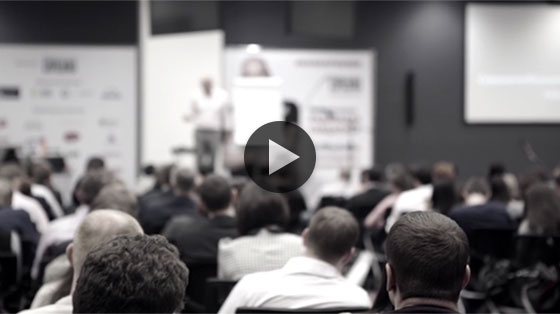