Nick’s Note: According to a JPMorgan study, the average investor made a 1.9% annual return over the past 20 years. But you could’ve tripled that by just buying and holding the S&P 500.

I find this study distressing… You see, that type of underperformance will make it very hard for most Americans to achieve a comfortable retirement. So I reached out to PBRG’s stealth-income generator William Mikula.

William is chief analyst of Teeka Tiwari’s Alpha Edge. And since 2012, he’s closed 294 out of 302 trades for a profit. That’s a 97.4% win rate. Very few investors can match that track record.

So if anyone can help average investors improve their returns, it’s William…

Nick: Thanks for joining me today, William. Now, you’ve seen the studies… So why does the average investor do so poorly?

William: Well, investors are their own worst enemies. I know it’s been said before—but for most people, it’s very true.

We’re emotional creatures. And we tend to have horrible timing when trading with our emotions.

Just look at the investors who panic-sold on Monday morning. The day before, President Trump threatened to raise tariffs on Chinese imports from 10% to 25%. He also deployed an aircraft carrier to the Persian Gulf to “send a message” to Iran.

And investors saw these headlines and hit the sell button: Pre-market trading fell 2%. But selling was the wrong move to make… The market quickly made up half of those losses and continued higher that day.

So all investors—even the great ones—have to fight their emotions.

You can spend all your time studying the markets or get all the degrees and fancy letters behind your name. But none of it matters if you panic every time the market turns against you—as it inevitably will.

Nick: So how can investors keep themselves from panicking?

William: The great ones condition themselves to not follow their emotions. That’s what separates them from the herd.

Now, my favorite trading book—Market Wizards by finance expert Jack Schwager—has story after story about removing emotions… focusing on the downside risks… and letting the upside take care of itself.

None of the great investors say, “I was at the water cooler and heard about this great investment”… or, “While I was grabbing coffee, I overheard so-and-so say they were selling XYZ investment.”

Instead, they use systems that take emotion out of trading.

Nick: And can you tell us how your system works?

William: Sure… Teeka and I designed our system to make money whether the market goes up, down, or sideways.

Our trades only involve quality, blue-chip companies. And we take advantage of a unique loophole in the market to earn upfront cash at the beginning of every trade.

Since we get paid at the outset, we don’t need the stock to go higher right away to profit. This allows us to be patient with our trades—which most investors aren’t.

To be clear: We do deep, intense research in companies before making our offers to the market.

We know they’re great companies before we make our moves—and that any pullbacks will be temporary. So if the market accepts our low-ball offers, we know the shares should still go back up soon.

Plus, we also have an exit plan… Our low-ball offers expire in a month or two, so we’re usually out by then. And if something goes wrong, we simply cut our losses. But as you can tell by our track record, that rarely happens.

Nick: Now, when you guys launched Alpha Edge in September 2018, the market crashed 19% during the next three months. How have your trades done since then?

William: Really well. Even in last year’s fourth quarter, our subscribers made a lot of money.

Out of the seven trades we made then, five have closed. And we booked an average annualized return of 22.8%. We still have two open positions, but we’re up on both of those after a few adjustments, too.

Overall, our picks are up an average of 24.8%, annualized, for the length of the entire service. And over that same time, the S&P 500 is only up around 2.6%, annualized.

Nick: How are you able to do so well even when the market falls?

William: Teeka and I go against the grain. So when we saw everyone freaking out and fleeing the market, we sharpened our knives.

We used that fear in our favor and made some profitable trades. And we’re sharpening our knives again after yesterday’s sell-off.

Look, you can’t fix human nature. Throughout history, the herd panics. But investors can take advantage of the herd—which is exactly what we do.

It might sound a bit mercenary, but you can make a lot of money when people panic. Then, when everyone gets complacent again, we take profits. That’s the real secret of Alpha Edge.

Nick: And are there any companies you’re looking to make low-ball offers on while fear is still out there?

William: Definitely. With this week’s decline, I like Apple, Berkshire Hathaway, and Intel. I think they’ll enjoy nice bounces of 5–10% in the coming weeks.

But behind the scenes, I’m putting the final touches on a trade alert that will go out to Alpha Edge readers. It’s set to generate hundreds in upfront cash.

And of course, be sure to do your own research before buying shares in these or any other companies.

Nick: Thanks for your time.

Nick’s Note: As mentioned, William and Teeka have developed a plan to go against the grain…

Instead of following the herd and panicking, their strategy takes advantage of the fear and market volatility. In fact, if Teeka were still running his hedge fund, it’d be the No. 1 strategy he’d be using to help his clients profit right now.

And to find out more about how you can also grow your wealth by using it, just check out their presentation right here.

From John F.: Enough with the political references. You may not be political, but you sure love to use it for your purposes. Let’s create wealth and better lives for ourselves without all the subtle gaslighting.

From Steve B.: I see another four-year term for President Trump. The Democrats have nothing to stand on, except lies and false accusations. Mainstream America can see through it. It’s been too much BS and not enough substance for too long!

From Peter A.: When it comes to real estate taxes, it’s clear that owners must sell their high-tax-area primary residences and then move to another, lower-tax place. But this isn’t always feasible. And if you own a vacation property, you also lose.

Also, I’m not sure this tax “punishment” is a real Trump strategy. Eventually, enough Democrats will relocate to Florida, North Carolina, and elsewhere to swing those states their way. So Republicans will then lose those states in addition to New York, New Jersey, California, etc. You can see these effects already in recent elections and redistricting.

The truth is, I don’t see another Republican president in the cards for decades. Trump can try to stop Democratic-leaning immigrants from arriving… convince union workers that he supports them… and limit the popularity of progressive agendas. But the numbers are overwhelming. The U.S. is changing demographically—and no amount of political punishment will stop that.

Where do you fall in the debate over politics and the pursuit of money-making opportunities? Send us your take right here.

If you missed out on the crypto boom, this could be your second chance…

You see, during the 2017 bitcoin boom, one big-picture thinker invested in a blockchain mining company and made 15,000% gains—the single-biggest gain of his life.

And now, he has his eye on a new alternative asset class—which he thinks could be every bit as lucrative as cryptos were in 2017. To find out more about how you could profit from it, just go right here… 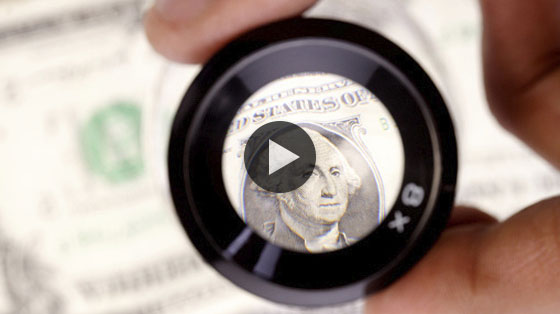