On September 21, 2015, then-presidential hopeful Hillary Clinton tweeted: “Price gouging like this in the specialty drug market is outrageous. Tomorrow I’ll lay out a plan to take it on.”

She was referring to Turing Pharmaceuticals hiking the price of one of its drugs 50-fold.

The drug sector—as measured by the iShares U.S. Pharmaceutical exchange-traded fund (IHE)—is still down 10% since Clinton tweeted her thoughts. And the big biotech ETF—iShares Nasdaq Biotechnology Index (IBB)—is down 20%. Meanwhile, the S&P 500 is up 20%.

Many people thought the election of Donald Trump would kill price-cap talk.

And for a while, it did…

After Trump won in November, biotech stocks shot higher on his pledge to repeal and replace Obamacare.

But it turned out that Trump wasn’t too bullish for biotech stocks, either.

On January 11, he gave a speech to the press. And he blasted pharmaceutical companies for their high drug prices, saying they “were getting away with murder.”

All of a sudden, investors were uncertain about profits in biotech. The sector tumbled 10% in a matter of two weeks on the news (see chart below). Trump wanted the government to negotiate directly with drug companies. He believed that would lower prices. But his Trumpcare legislation fizzled in Congress.

Last week, the bill to repeal and replace Obamacare was yanked from the House floor without a vote.

This was an epic failure for President Trump. Nevertheless, we’re not counting him out… He’s a dealmaker. And there’s still time for him to work on a new health care bill.

In the meantime, Trump’s loss was a big win for the biotech sector. With no new legislation on the docket, drug prices will likely remain the same.

Obamacare’s survival (for now) has opened up a profitable opportunity in biotech. Here’s why…

Biotech is still beaten down from its highs in 2015. The last time it was this cheap (in 2011), the sector soared 280% over the following four years…

Today, it’s setting up for a replay…

As we said, biotechs got a temporary boost last November when Trump vowed to roll back Obamacare. But overall, the sector is still cheap. That’s due to uncertainty over health care reform.

The adjusted P/E ratio removes companies with negative earnings from the equation. Here’s why we like to use this metric…

Industries like biotech have a lot of companies that lose money. Their negative earnings skew the industry’s P/E ratio higher.

The adjusted P/E ratio removes the companies not making profits. That way, you’ll get a better idea of what the P/E ratio is for companies that actually make money.

Rarely does this high-flying industry trade at a discount to the market.

But right now, it is (see chart below). The Stars Have Aligned for Biotechs

Biotechs were only cheaper than they are now in the aftermath of the Great Recession. From their low in 2011 to their peak in 2015, biotechs nearly tripled.

Today, for the first time ever, they’re cheaper than the overall market. That means they’re primed for another run.

Bottom line: The stars have aligned for investors to make some money in biotechs. They’re cheap, uncertainty has left the market, and prices are in an uptrend.

If you want to play this trend, the iShares Nasdaq Biotechnology ETF (IBB) is a way to get broad exposure.

P.S. Watch for the PBD Elite 25 monthly update next Tuesday. Most likely, there will be a few quality biotech companies on the list.

In yesterday’s Daily, we introduced you to The Big Short 2.

To catch up, Canada’s real estate market is heading into bubble territory… and the country’s five biggest banks are the most exposed if the bubble bursts. We told you a good way to play this opportunity is by shorting those banks.

We took a look at how the four biggest American banks fared during the Great Recession. That’s when the original “Big Short” took place.

The banks are Bank of America (BAC), JPMorgan Chase (JPM), Citigroup (C), and Wells Fargo (WFC). See the chart below… As you can see, the Big Four fell an average of 82%. Citigroup dropped the farthest, losing 97% of its value before bottoming out.

If the Canadian real estate bubble pops as we expect, we could see their five biggest banks take a similar plunge.

The Trade of the Decade: Brazil, Russia, India, and China (known as the “BRICs”) are some of the world’s biggest emerging markets. Since 2008, these economies have accounted for 80% of the growth in global economic trade and output. You would think this would make them great investments. But emerging market stocks have basically done nothing since 2010… until recently.

In fact, our friends over at Casey Research think that emerging markets could be an enormous bargain right now.

This Indicator Says Recession Ahead: Deep subprime auto loans are “surging.” Corporate defaults are spiking. And the last three months have seen bank lending shrink by more than 5%—the sharpest contraction since 2008. Longtime PBRG friend Bill Bonner explains why these are negative signs for the economy.

Real Estate Bubble Reinflating: Housing prices are growing at the fastest pace since 2014. The S&P CoreLogic Case-Shiller Index shows home prices in 20 U.S. cities climbed over the past year. High prices are making it difficult for some Americans to move from renting to home buying. But it’s also sending home prices back into the dangerous pre-recession territory. We warned in Wednesday’s Daily that Canada is in the midst of a real estate bubble. Looks like America is headed for a sequel, too.

Editor’s Note: On Tuesday, we gave you an update on a potential bitcoin spin-off. (“Two Things You Need to Do Today to Prepare for a Bitcoin ‘Nerd War.’”) Today, plenty of feedback from around the world…

From Patricia A.: Thanks so much for your update on the potential bitcoin fork.

From Nicholas S.: I appreciate all the work you’re doing on the cryptocurrencies. I now have several accounts for my currencies. Your recent recommendation to set up yet another account is interesting. But I’m hesitant, as it’s getting hard to keep track of all these different websites.

From Eben W.: Good morning from South Africa. I watched your instructional video on Abra. Registration went smoothly. But when I wanted to link a bank account, only U.S. and Philippines banks were listed.

From Fu L.: Dear Big T and team. I’m excited about your cryptocurrency recommendations. But some of the wallets you recommend don’t work in Asia. How can investors in Asia-Pacific countries (i.e., Singapore, Malaysia, Australia, etc.) participate in such opportunities?

Ronald Reagan is a national treasure for many Americans. However, to a very small group of investors around the world, he’s much more than that.

He’s their financial savior… their benefactor… their hero… That’s because an obscure piece of legislation Reagan signed into law way back in 1983 is making them rich. Here’s how… 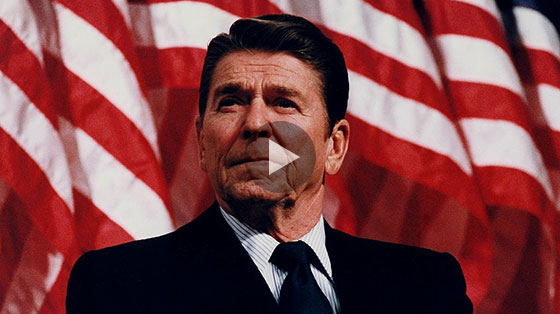